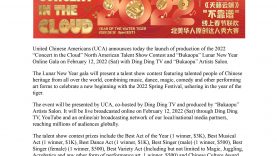 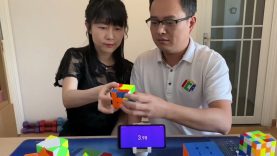 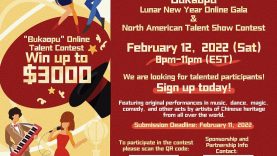 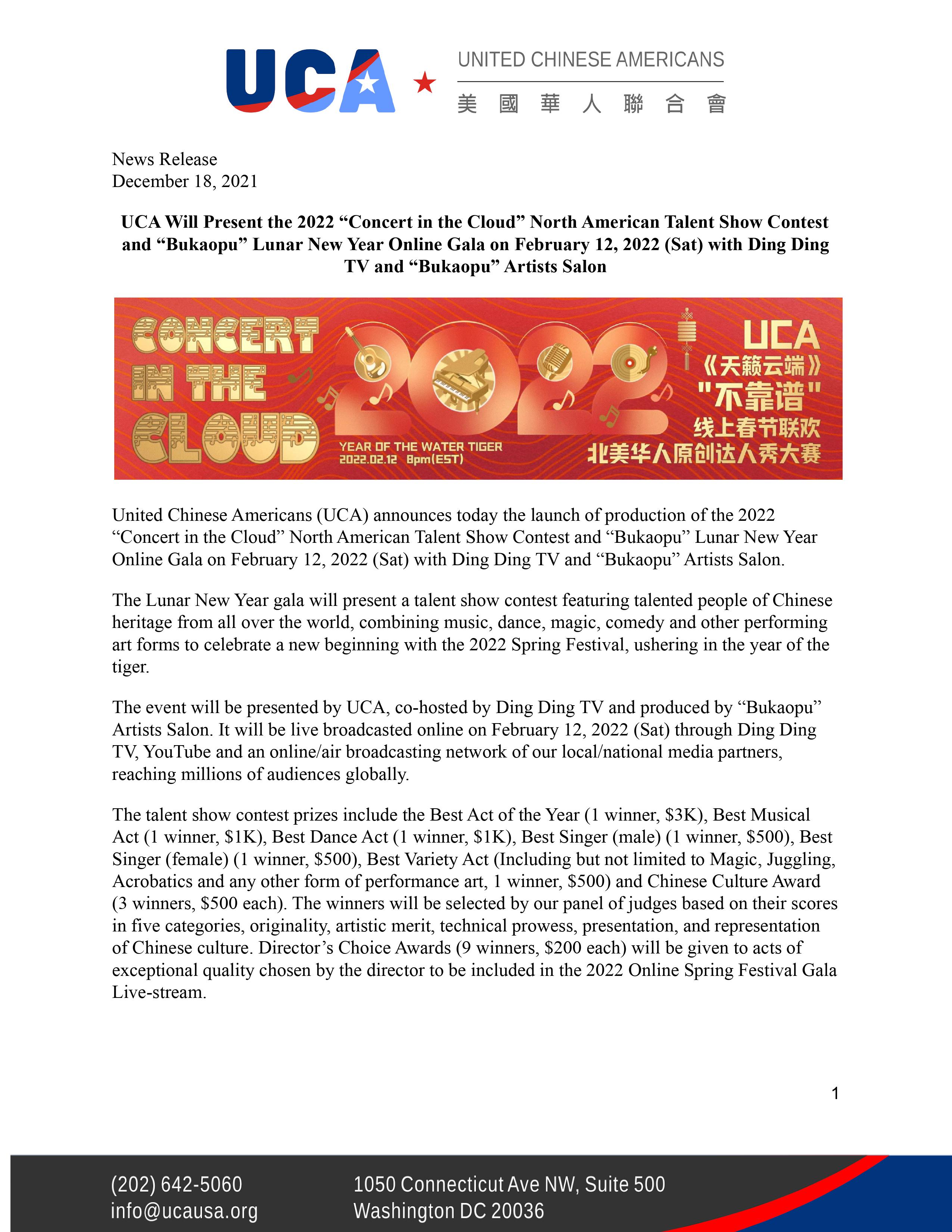 The Lunar New Year gala will present a talent show contest featuring talented people of Chinese descent and friends of China from all over the world, combining music, dance, magic, comedy and other performing art forms to celebrate a new beginning with the 2022 Spring Festival, ushering in the year of the tiger.

The event will be presented by UCA, co-hosted by Ding Ding TV and produced by “Bukaopu” Artists Salon. It will be live broadcasted online on February 12, 2022 (Sat) through Ding Ding TV, YouTube and an online/air broadcasting network of our local/national media partners, reaching millions of audiences globally.

The talent show contest prizes include the Best Act of the Year (1 winner, $3K), Best Musical Act (1 winner, $1K), Best Dance Act (1 winner, $1K), Best Singer (male) (1 winner, $500), Best Singer (female) (1 winner, $500), Best Variety Act (Including but not limited to Magic, Juggling, Acrobatics and any other form of performance art, 1 winner, $500) and Chinese Culture Award (3 winners, $500 each). The winners will be selected by our panel of judges based on their scores in five categories, originality, artistic merit, technical prowess, presentation, and representation of Chinese culture. Director’s Choice Awards (9 winners, $200 each) will be given to acts of exceptional quality chosen by the director to be included in the 2022 Online Spring Festival Gala Live-stream.

Audiences will have the opportunity to vote for their most favorite act on the web. The act receiving the most votes will win the Audience Choice the Most Popular Performer Award and $3000 cash.

Applicants may submit applications online at https://forms.gle/CGCsPWPfa1hoLQey5 or visit https://zh.bukaopu.online/secret-recruitment-page or write to contest@ucausa.org for more information.

The names of the award winners will be announced on Feb 12, 2022, and the winners’ prizes and certificates will be mailed out to the winners no later than Feb 20, 2022. All participants of the contest will receive participation certificates.

We are looking for corporate, media, community sponsors and partners to work together on this wonderful project. Interested in sponsorship or partnership opportunities, please write to lunarnewyear@ucausa.org.

The United Chinese Americans (UCA) is a coalition of grass-root community organizations dedicated to the enrichment and empowerment of the Chinese American community in the United States. UCA was formed at the first Chinese American Convention in September 2016 and was later incorporated and received IRS 501(c)(3) nonprofit status in 2017. UCA has since grown into a national federation of 12 local chapters in Atlanta, Connecticut, Illinois, Iowa, Massachusetts, Nevada, New Jersey, Washington State, West Virginia, Wisconsin, New York City and San Francisco and over 30 community partners nationwide.

“Bukaopu” is a variety arts salon encompassing all forms of performing arts such as music, dance, magic, juggling, and many others. The spirit of “Bukaopu” encourages the exploration into the unknown; the artists of the Bukaopu collective embraces interaction with the audience to sparkle new possibilities in their performance, creating unique content in “Bukaopu” style in every show and bringing moments of surprise and joy to the audience. In the last 10 years since its inception, “Bukaopu Salon” has held countless events in many locations under different themes, bringing joy and entertainment to it’s growing fan base.

Founded in 2009, has been the Voice of Silicon Valley Asian Americans, the bridge for National AAPI communities, the hub for global entrepreneurs through media and events. Ding Ding TV is the organizer of quarterly Civic Leadership Forum Silicon Valley, Annually Silicon Valley Entrepreneurs Festival since 2016. Ding Ding TV has created millions of internet contents Promoting Cultural Interconnectivity through appreciation of similarities and understanding differences and Encouraging Awareness of civic responsibilities and engaged citizens. 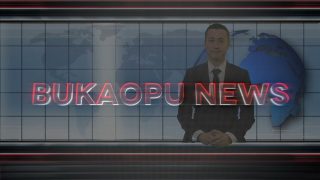 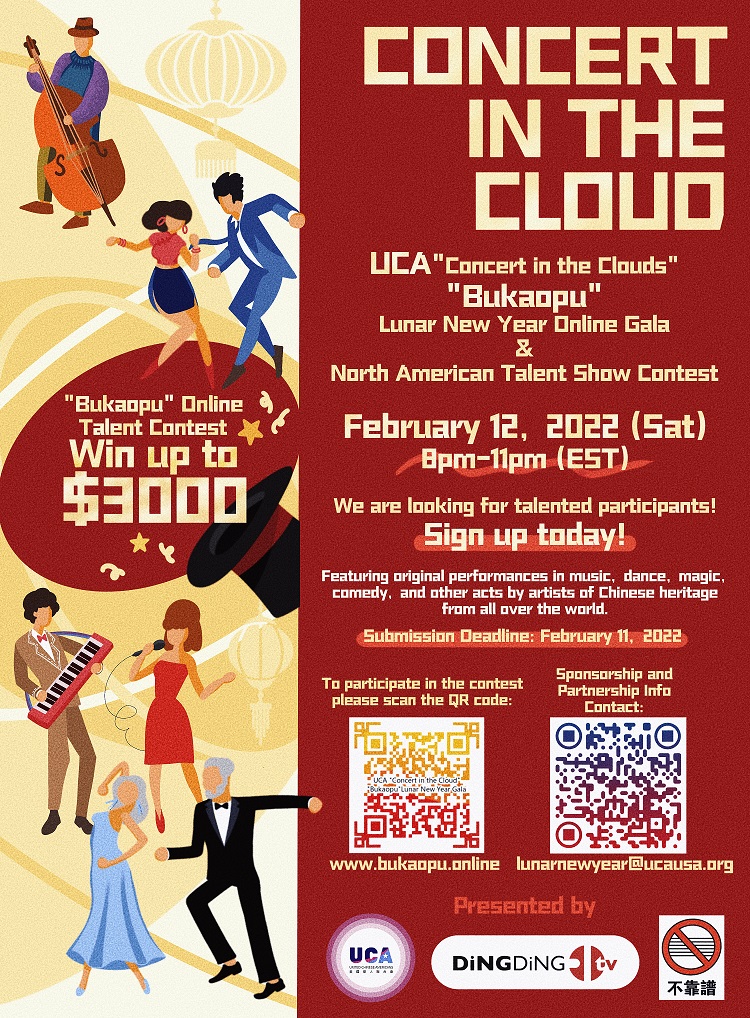