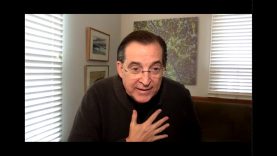 WHY:
On the eve of his inauguration,President Joe Biden released a bold immigration plan, reinstating DACA, rolling back the Trump administration’s changes to asylum process,
stopping work on the border wall, and extending temporary protected status, among
other policy changes. Biden has also stated his support for expanding business
immigration, and cutting through the green card backlog.
Speakers will unpack Biden’s proposed immigration plan and also discuss what we can
expect to see in the next four years.

WHO:
• Frank Sharry, founder and executive director of America’s Voice, will provide an
overview of the Biden immigration agenda.
• Cyrus Mehta, an internationally recognized immigration attorney, will address Biden’s
plans for business immigration, including the green card backlog faced by immigrants
from Asian countries.
• Patrice Lawrence, co-director of UndocuBlack, will discuss the impact of Biden’s plan
on Black immigrants. She will also focus on Temporary Protected Status
• Marielena Hincapié, executive director of the National Immigration Law Center, will
discuss DACA and changes to asylum policy.
• Ravi Ragbir, co-founder of the New Sanctuary Coalition, will share his personal story of
his struggles with deportation during the Trump administration. NSC’s co-founder Jean
Montrevil was deported to Haiti two years ago.

The USPS ceremony for the Forever stamp in honor of 吴健雄Prof. Chien-Shiung Wu.