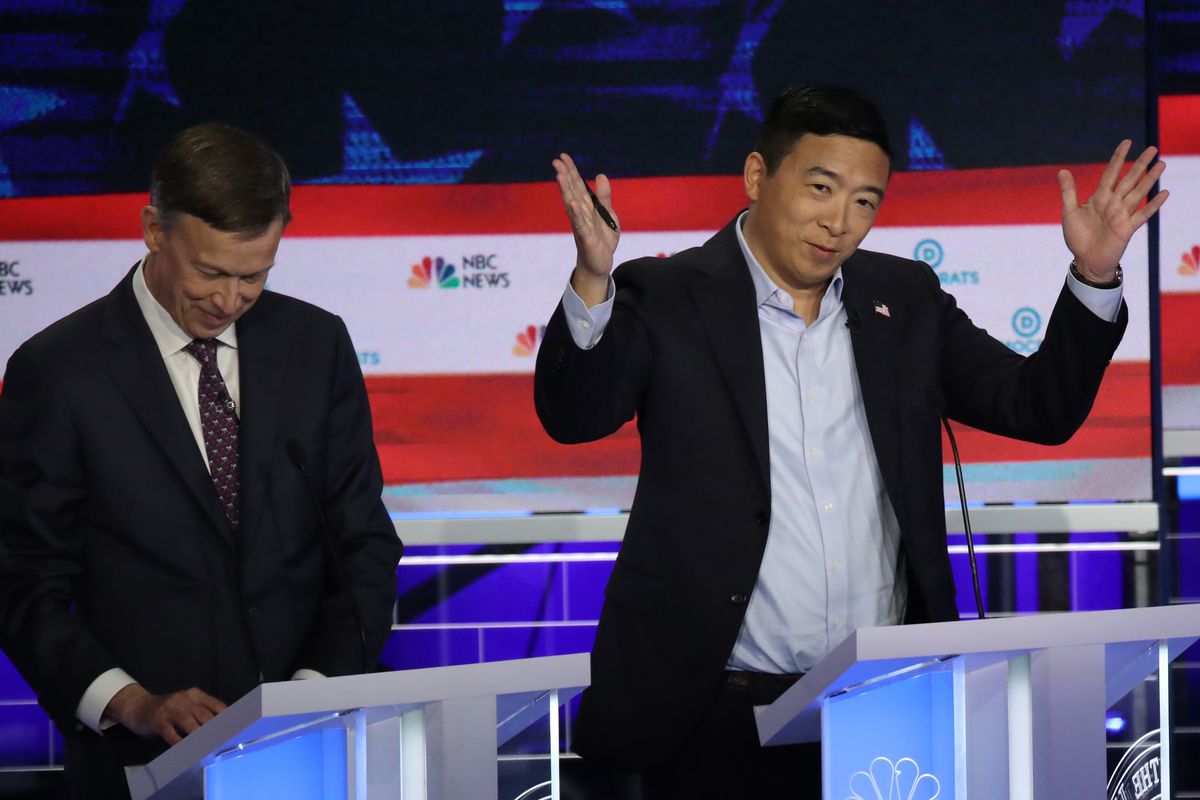 July 31st, US Presidential candidate Andrew Yang’s supporters in the Silicon Valley, the “South Bay Yang Gang”, are working with Ding Ding TV on a watch party to advocate Andrew Yang for the second night of the Democratic Primary Debates. Andrew Yang will explain his policies and visions, especially his proposal for a universal basic income for all Americans over 18 ($1000 per month). Following this, Yang will answer a few questions from the hosts, as well as a series of debates with other candidates including Joe Biden, the former vice president. Yang has been described as amazingly smart and clear-headed, using facts and statistics and clearly has a very strong and articulate plan on the first debate night in June, although he was given a limited time for his speech.
Carlson Mao
Watch Party Night 2 South Bay Yang Gang
July 31st, 16:30-19:00
3350 Scott Blvd Building 54
Santa Clara, CA 95051
Join the South Bay Yang Gang in supporting Andrew on stage for the second night of the Democratic Primary Debates, hosted at Ding Ding TV!
It is free but you need to register!

If you have any questions, do not hesitate to contact Ding Ding TV:

About Andrew Yang:
Andrew was born to immigrant parents from Taiwan in upstate New York, 1975. He studied economics and political science at Brown and went to law school in Columbia. He is a successful businessman, is the founder of Venture for America, and is the recipient of awards such as Champion of Change (2012) and Presidential Ambassador for Global Entrepreneurship (2015). He is running for President as a Democrat.
Andrew YangDDTVDiana DingDing Ding TV

Can San Francisco Be Saved?