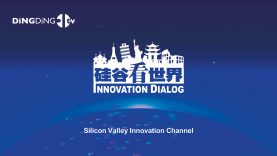 Malesic is a Certified Association Executive (CAE), the pinnacle achievement for not-for-profit executives and a Certified Meeting Professional (CMP). He is also a graduate of the prestigious four-year Institute for Organizational Management (IOM), the most highly respected program nationwide for Chamber management – hosted by the U.S. Chamber of Commerce.

Malesic is an honorably discharged Air Force Officer and a service-connected disabled veteran, with accommodation, where he achieved the rank of Captain. While in the service of his country, he was part of the team that kept the ICBM nuclear arsenal 99.6% combat-ready, he controlled over 350 technicians to provide air support for the Army’s 82nd Airborne, and was a DOD special engineering liaison on the highly technical Joint STARS aircraft.

Malesic has run numerous political campaigns and has testified before the Pennsylvania House of Representatives, the Florida House of Representatives, and the Florida Senate on behalf of the members he represented. He also served 4 1/2 years as a publicly-elected official as Lower PAxton Township Auditor and President of the Central Dauphin School Board, the 13th largest school district in Pennsylvania with an annual budget of over $155M.

A resourceful and accomplished Chamber CEO, Malesic has written nearly two dozen nationally-published articles on business-best-practices and is a regular speaker at national conventions. He has won numerous Best-in-Nation and Best-in-State awards from various organizations. In 2012, he was heralded as the nation’s Best New Executive Officer from amongst 737 of his not-for-profit peers.