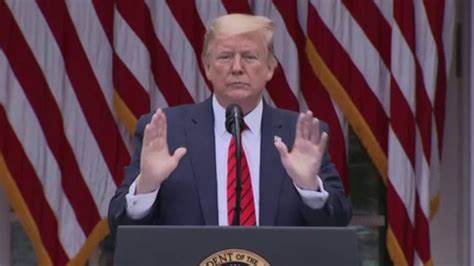 Silicon Valley Asian American News
By DDTV Community
81 Views
0 Likes
0 Comments
PARTICIPATE
Former President Donald Turmp drew immediate condemnations by the Committee of 100 and the United Chinese Americans. We are sure that more statements are forth coming from other Asian and non-Asian organizations.

New York, NY (October 3, 2022) — The following statement was issued today by Zhengyu Huang, President of Committee of 100:
“The racist slurs and hate that former U.S. President Donald Trump directed against former U.S. Secretary of Labor and U.S. Secretary of Transportation Elaine Chao was deplorable, disgusting, and inexcusable. This type of language only contributes to the vicious cycle of hatred, bigotry and violence directed at Chinese Americans and the AAPI community. An attack on Asian Americans, be it verbal or physical, is an attack on all Americans. We cannot sit idly by and allow racially charged language to go unchecked. Words have meaning, and racially charged words have consequences. We strongly condemn the language used by former President Donald Trump and urge groups and organizations across all communities to join with Committee of 100 in making such behaviors unacceptable in American life.”
Xenophobia in the U.S. towards Chinese Americans and the larger AAPI population often manifests across a myriad of words, phrases, and tropes. The COVID-19 crisis and irresponsible rhetoric by political leaders have fueled a surge of discrimination and hate targeting Asian Americans – but the idea of framing “outsiders” as threatening is not new. To help combat this issue, Committee of 100 crafted an anti-hate glossary as a guide for identifying terms, phrases, and imagery often associated with the Asian community. The glossary can serve as an accessible reference with examples to illustrate the types of language to combat and can be downloaded here: bit.ly/antihateglossary

UCA calls on Chinese American and Asian American communities to stand with UCA in condemning former President Trump’s racist, hateful and slanderous language regarding Elaine Chao, former US Secretary of Transportation and US Secretary of Labor. UCA further calls on American patriots of all party affiliations to join UCA in condemning his shameless and unacceptable behavior!
Hate, racism, insult, and slander has no place in any civilized world. It should certainly have no place in America. As an extraordinary Chinese American, Elaine Chao is one of our own. An attack on her is an attack on us all. We stand with Elaine Chao!
Diana DingDing Ding TV