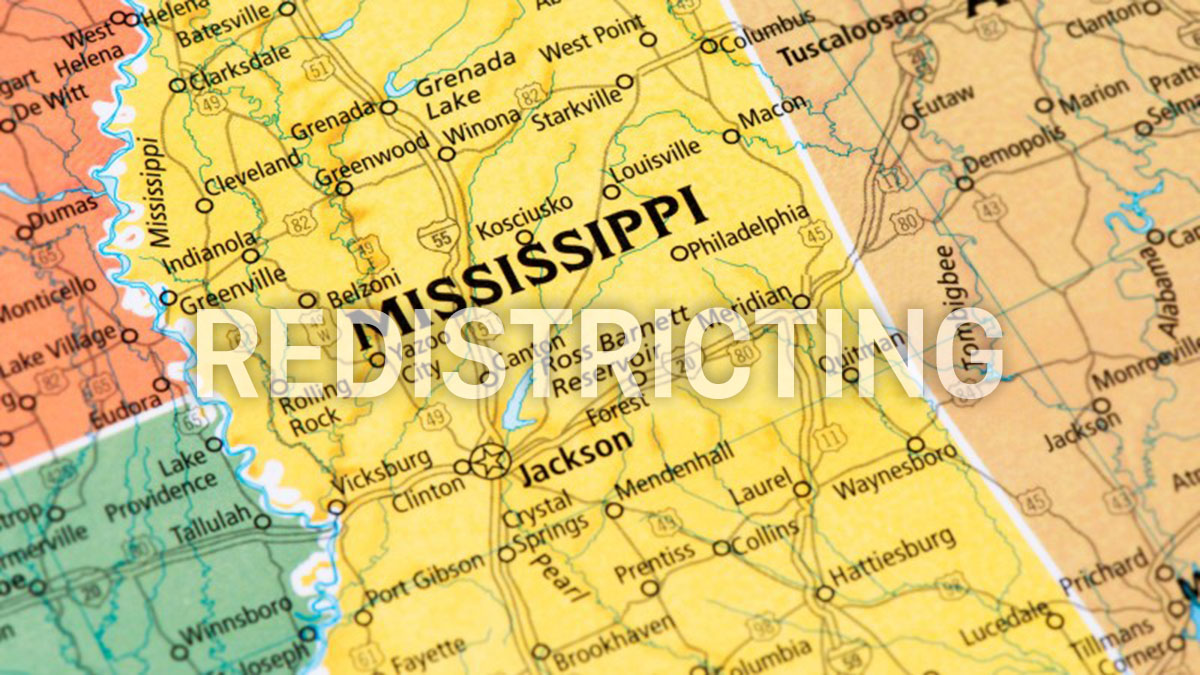 Community leaders in Mississippi are pressing their case for fair political representation at county and local levels. The efforts are aimed at the state’s redistricting process, which remains in the hands of a GOP-dominated legislature advocates say marginalizes voters of color.

While the challenges remain formidable, many say there is a growing groundswell of engagement with implications for the rest of the nation.

“Republican legislators who are responsible for proposing [redistricting] maps to the full legislature for the full legislature’s adoption… met three times in public for a total of 45 minutes,” noted Voting Special Counsel Amir Badat with the NAACP Legal Defense Fund.

“They convened the committee, appointed its members, adopted criteria, and adopted maps,” Badat continued. “Almost all of the work that went into producing these maps happened behind closed doors, without the involvement of Mississippi’s Black legislators.”

“And as you might predict, the maps that came out of this process were very unfair and not representative of the state as a whole.”

Badat joined other redistricting rights advocates in a media briefing on how communities in Mississippi — birthplace of the Civil Rights Movement and home to the largest percentage of African Americans in the country — are working to drive more representation upward from the grassroots level. The briefing was hosted by Ethnic Media Services.

Redistricting happens after each decennial census and is used to determine congressional and state legislative districts. According to Badat, the ramifications of Mississippi’s redistricting fight aren’t limited to that state alone.

“Mississippi has historically been almost a predictor of what happens in other parts of the country,” he said, pointing to the “Mississippi Plan” of the late 1800s, when white supremacists embarked on a campaign of “intimidation, violence, and a plan that used legal tactics to try to suppress the Black vote and Black civic participation during Reconstruction.”

Nsombi Lambright-Haynes, executive director of One Voice, a statewide leadership development and policy advocacy organization, agreed with Badat, referencing the legacy of the Civil Rights Movement as an organizing principle in galvanizing local efforts.

“A lot of our work is grounded in organizing done during the Mississippi Civil Rights Movement being based in civic engagement and understanding that voting rights is at the core of any sort of social justice work in Mississippi,” she said, adding there is now a “growing infrastructure of civil rights and social justice organizations” across diverse communities in the state.

One of those organizations is Boat People SOS, representing Asian Americans in Mississippi of whom Vietnamese are the largest group. Daniel Le, the organization’s director, said it was a public works project in Biloxi that really impressed on the community the need to be more politically engaged.

“There was no way to get around,” said Le, describing how the city began tearing up sections of roadway without any outreach to area residents. “So people, you know, were having a hard time getting from one point to another.” Le said the elderly were affected and that torn up roadways caused significant damage to vehicles.

“We as a community got together and went to the city and basically voiced our complaint,” Le said. “Unfortunately, the city just turned away, you know, never really responded to our needs or our concerns.”

Le said the experience increased his sense of urgency and that he has since initiated programs to begin developing leaders who understand the political process from within his community. “We have to have someone in the community to step up and be that voice.”

Pastor Jose Rodriguez of One Voice shared a similar experience from within Mississippi’s growing Latino community, where two years ago ICE raids on poultry plants led to the detention of hundreds of immigrant workers.

“It was terrible devastation for the families, a separation also between the kids and the parents and husbands and wives,” Rodriguez said. “How can you explain to somebody, when they are five, six years old, your parents, they are in an immigration detention center? They don’t know.”

Rodriguez, who has spent the past two years focusing on Covid outreach to Latinos in the state, said that is when he became engaged. “I started to open my eyes and see; we really don’t have representation here in Mississippi.”

None of the panelists described the path forward as easy.

Monica McKinnis of One Voice recalled how after the 2010 census an increase in the African American population in her own city of Clinton, outside Jackson, led to increased civic engagement as residents became more aware of the need to master their political environs. But that was before the gutting of the Voting Rights Act, she noted.

“We have had some small victories,” McKinnis said, acknowledging the difficulties of securing fairer representation in the face of proponents of gerrymandering — whereby districts are drawn to favor one party over another — continually elected to the legislature.

“But those small victories will become big victories over the next 10 years,” she continued. “I know that a lot of people focus on the congressional and state level, but I think that the most important part of redistricting is on the local level.”

“And those are the policies and the issues that really, really have a huge impact on people’s lives. And a lot of people don’t know that those entities are also subject to redistricting.”