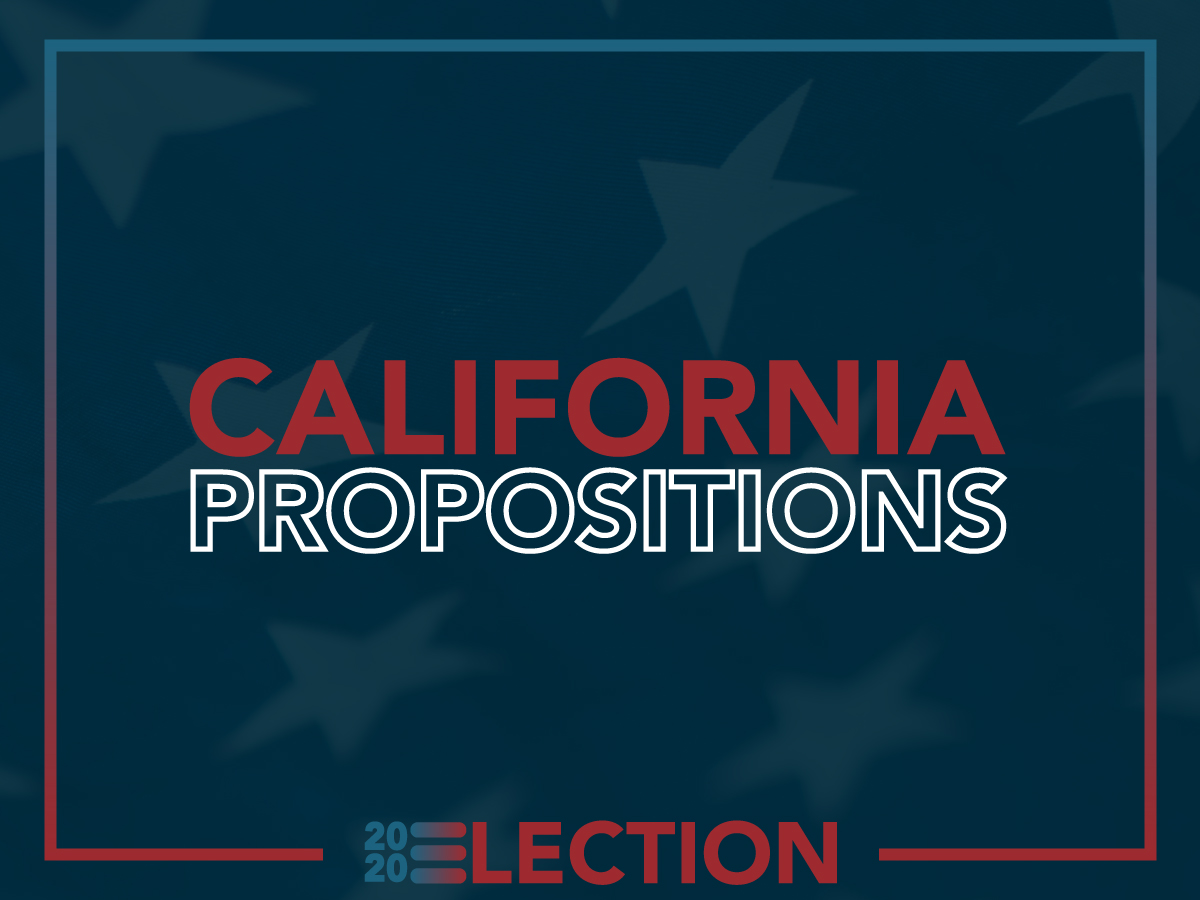 Voting yes means supporting stem cell research through a $5.5 billion state bond. It’s a loan that California, through its taxpayer-supported general fund, would have to pay back with interest over 30 years.

Prop 14 would extend funding that has almost run out for the state’s stem cell research institute, which was created with the approval of California voters in 2004 after President George W. Bush banned federally funding studies that use newly created stem cell lines.

The research supports the development of treatments and cures for cancer, Alzheimer’s, heart disease and other medical conditions. Prop 14 also comes with new rules on spending the funds, including more access to stem cell treatment for patients.

Prop 15: Raising taxes on commercial properties worth more than $3 million

Voting yes means taxing commercial properties more. Owners would have to pay taxes based on the property’s current market value, instead of the price they paid when they bought it — no matter how long ago.

Prop 15 doesn’t affect business owners with properties worth less than $3 million, nor homeowners and agricultural properties such as farms. Those kinds of properties would continue to be taxed based on the property’s purchase price.

Passing Prop 15 could provide an estimated $6.5 to $11.5 billion in additional funding for local governments and schools.

Voting no means commercial properties would continue to be taxed based on their purchased price, with yearly increases for inflation or 2%, whichever is lower, as they have been since the 1970s.

Prop 16: The return of affirmative action in public hiring, contracts and college admissions

Voting no means California would remain one of eight states that prohibit affirmative action by public institutions.

Prop 17: Restoring the voting rights of people on parole

Voting yes means giving people back their right to vote after they’ve served their prison sentence. This affects about 50,000 Californians.

Voting no means people would remain unable to cast an election ballot while on parole, or the supervision that follows the completion of a prison sentence. This could last a few years or in some cases, the rest of a person’s life.

Prop 18: Letting some 17-year-olds vote in primary and special elections

Voting yes means amending the state constitution to let 17-year-olds vote in primary and special elections if they will turn 18 by the next general election. That would have allowed 200,000 more Californians to vote in 2016 and 2018, according to the Public Policy Institute of California.

Voting no means the current law would remain so that Californians can vote only if they are 18 years old at the time of any election.

Prop 19: Letting senior homeowners pay lower property taxes if they move while raising taxes for some people with inherited property

This is a complicated one. Hang on to your hats.

Voting yes means amending the state constitution so that homeowners who are 55 or older, victims of wildfires or who have a disability pay property taxes based on their previous residence when buying new homes.

This would save them money: Homes bought years ago have much lower property taxes compared to newly purchased homes, thanks to Proposition 13, the landmark 1978 ballot measure that has only allowed for incremental increases on property taxes (see this year’s Prop 15, which addresses commercial property tax).

Prop 19 would also require higher taxes from people who have inherited homes and don’t use them as their primary residence. Their property taxes would be reassessed based on a home’s current market value.

The proposition originated after a 2018 ballot measure, Prop 5, failed. It was meant to benefit seniors’ property taxes, and enable them to move out of long-held homes. Then a Los Angeles Times article brought to light a beachfront Malibu home owned by actor Jeff Bridges and his siblings that they inherited from their mother. The four-bedroom home, which at the time was renting for $15,995 a month, only cost them $5,700 in property taxes annually.

Voting no means senior homeowners who move will have to pay property taxes based on their new home’s purchase price, just like almost every other California homeowner. If seniors want to take advantage of tax breaks when moving, they would continue to have to meet strict conditions, such as where they can buy a new home or how much they can spend.

And also, people who inherit properties could keep paying lower taxes even if they rent those properties out or use them as second homes.

Prop 20 would roll back changes within the past decade intended to reduce the inmate population in California.

This won’t affect landlords who own fewer than three properties. The city of L.A. estimates that 141,000 more apartments would become eligible for rent control if the new rule passes, the L.A. Times reported.

Voting no means keeping current restrictions that prevent local governments from imposing rent control on housing built after 1995 or earlier, like in L.A., where rent on most apartments constructed after 1978 can’t be restricted.

Prop 22: Classifying Uber and Lyft drivers as contractors, not employees

This would exempt the companies from AB5, the landmark law approved by California legislators in 2019 that required businesses to extend protections such as minimum wage and health benefits to more freelancers and independent contractors. If Prop 22 passes, gig-economy companies would have to provide alternative benefits that include minimum compensation and health care subsidies based on driving time, car insurance, safety training and sexual harassment policies.

Voting no means the companies would not be exempt from AB5. Uber and Lyft, both based in San Francisco, have threatened to leave California if Prop 22 fails.

Voting yes means requiring a doctor, nurse practitioner or physician assistant to remain at the site of a dialysis clinic while treatment is taking place.

The clinics would also have to offer the same care to patients regardless of their source of payment or insurance, report infections and get permission from the state health department before closing down.

The measure would affect the estimated 80,000 patients treated at nearly 600 dialysis clinics across California each month.

Voting yes means building on the California Consumer Privacy Act that went into effect last January, prompting companies to send out emails and pop-up messages that let people opt out of having their information sold.

Prop 24 would create a new state agency to oversee and enforce privacy laws, as well as let consumers tell businesses to limit use of their data, such as their location, race and health information.

Voting no means keeping in place existing privacy laws, which would continue to be overseen by the state Department of Justice.

Prop 25: Getting rid of cash bail

Voting yes means upholding a law passed by the State Legislature in 2018 to get rid of cash bail.

People suspected of crime and who can’t afford to bail out of jail have the option of paying bond companies or waiting for their trial behind bars. Prop 25 would replace this practice with a system based on a person’s assessed risk.

Voting no means suspects would continue to pay cash bail, bond companies or wait behind bars while they wait for their trial.

California propositions: A guide to the 12 statewide measures …

County of Santa Clara Partners with Legal Service Providers to Launch Citizenship Day on May 17, 2021

Traveling to India During the deadly second wave of coronavirus infections

“Nothing is going to make it all better, but at least — God! — now there’s some justice,” Biden told Floyd’s family by telephone

Chloé Zhao and Yuh-Jung Youn make history at the Oscars