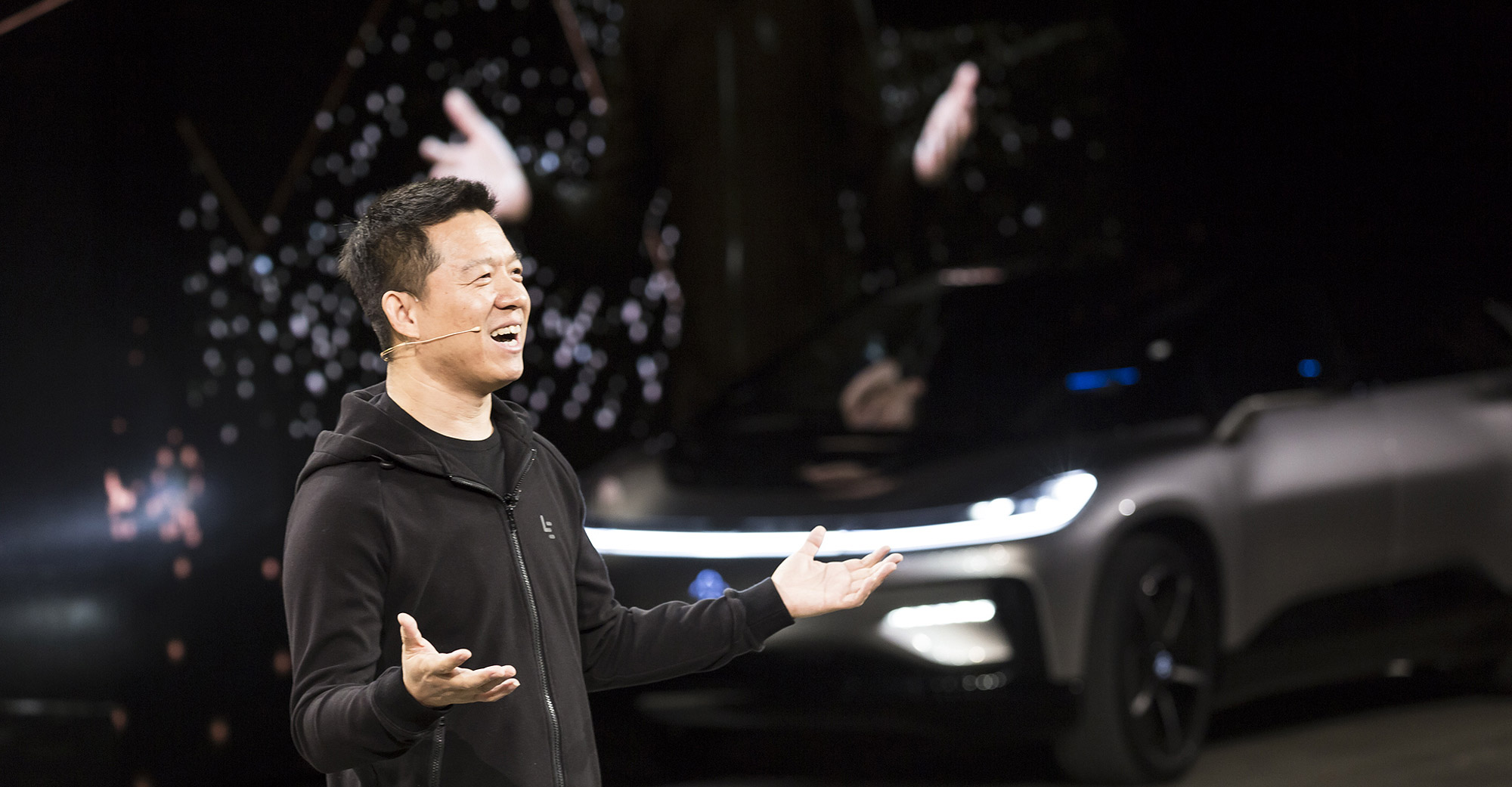 Yesterday Jia Yueting, an entrepreneur who ran up billions of dollars in personal debts trying to build a business empire, has filed for bankruptcy in the U.S. with plans to turn over his latest venture, an electric vehicle startup, to creditors. His media team send a press release as following:

On October 13th , 2019, Yueting Jia (YT) voluntarily filed for bankruptcy and restructuring under
chapter 11 in the United States in an effort to keep his promise to perform all of his obligations
to the creditors and completely pay off his personal debts in a way that is considered fair and
efficient and would offer each creditor an equal opportunity to be paid off. In connection with
the filing, a creditor trust for the benefit of YT’s creditors will be established. After certain
conditions are met, YT will transfer all of his personal assets in the United States to the trust.
After the completion of his chapter 11 plan, YT will no longer hold his existing equity interest in
Smart King Limited, the parent holding company of Faraday & Futures Inc. (“FF”). Together with
the recently completed partnership program, the plan is expected to lay out a solid foundation
for FF’s future success and being a great company. The plan will expedite FF’s process to
maximize the value of its equity interests that constitute the assets of the creditor trust and
completely address YT’s debt issues incurred due to direct borrowings, personal guarantees or
indirect obligations.

The following is a summary of the plan:
1. Pursuant to the plan, after the current injunction in the British Virgin Islands is lifted, YT
will officially transfer all his personal assets recognized by the court in the United States,
meaning all equity and economic interest in FF owned by YT, to the creditor trust. The
creditor trust, designed to be best solution to resolve YT’s personal debt issues, will be
controlled and managed by a committee of creditors and a trustee.

2. The proposed plan will offer creditors three layers of protections: First, creditors will
retain their rights to dispose of all of YT’s and the respective primary obligors’ frozen
assets located in China. Additionally, the primary obligors and guarantors, aside from YT,
will continue to be contractually required to fulfill their payment obligations. Lastly,
according to the plan, all creditors will have a legal right to participate in the disposition
of YT’s assets and enjoy the relevant economic interest through the creditor trust, as
opposed to their original claims against YT for payment. Such mechanism ensures a
better protection for all creditors from the legal perspective.

3. Meanwhile, the plan can address three risks for the creditors. First, YT chose the more
demanding chapter 11 process while giving up the relatively straightforward chapter 7
process that can also discharge all of his debts. Chapter 11, when compared to chapter
7, is more likely to result in greater recovery for YT’s creditors and therefore substantially
reduces the risk that only a small portion of the debt is paid. Second, the filing will
prevent the freezing and liquidation of YT’s assets at low price by a few destructive
creditors, which undoubtedly would result in lower recovery for the creditor body as a
whole. Third, the chapter 11 case reduces the time and capital costs and uncertainties
for the creditors if they were to exercise their rights in other ways.

4. Over 90% of YT’s debts are debts he guaranteed for his businesses in China. Since certain
creditor froze all the assets and operating accounts of YT and LeEco group (which are
worth substantially greater than the default amount) that directly caused a halt to the
ordinary operation of LeEco group and led to its collapse, as of today, YT has repaid over
US$3 billion worth of debts, with unpaid amount of around $3.6 billion. His net debt is
around US$2 billion, after deducting the value of the assets that are frozen but yet to be
disposed in China and the guarantees for certain convertible loans.

6. After the successful completion of his individual restructuring, YT will have transferred
all his personal assets and related economic rights recognized by the court in the United
States to creditors and his personal guarantee and debt obligations will be deemed to be
satisfied and discharged. It is anticipated that he can go back to China and push forward
and implement FF’s dual home market strategy. This brings great impetus to FF’s capital
raising efforts and planned future IPO, and it is particularly significant for the rapid
progress of FF’s China business.

7. YT gave up his entire interest in the FF shares and related economic interest for the sole
purpose of paying off his debts completely and making FF a great company. Proposed by
YT, FF established a partnership program, which sets solid foundation for an advanced
corporate governance structure and talent base. FF will continually attract global talent
across industries through the partnership program. As the founder and Chief Product
and User Officer, YT will continue to inspire the management team to achieve strategic
goals, maximize the value of FF and the creditor trust, so as to achieve the goal of debt
repayment for all creditors through bringing up the value of the trust assets.

8. YT is soliciting votes of his creditors for the sole purpose of approving his personal
restructuring plan, but not with respect to the specific debt amount of the creditors. The
debt amount of each creditor will be reviewed and confirmed by the U.S. court.
If any direct, indirect or guarantee creditor of YT would like to obtain more information or file a
claim in YT’s bankruptcy case, please visit: https://dm.epiq11.com/YT1