The East Bay side of Silicon Valley was rocking and rolling when the DREAM ACHIEVERS BAND played YMCA as a farewell song to the over 350 supporters who came to support FRIENDS OF CHILDREN WITH SPECIAL NEEDS at its annual fundraising event.  Choosing a small venue than its usual 900 person capacity Convention Center to hold its larger crowds in the past, the Co Chairwomen Cherene Wong and Lillian Lin with their committee decided to host a smaller more intimate personal gala this year at the Fremont Marriott Silicon Valley. 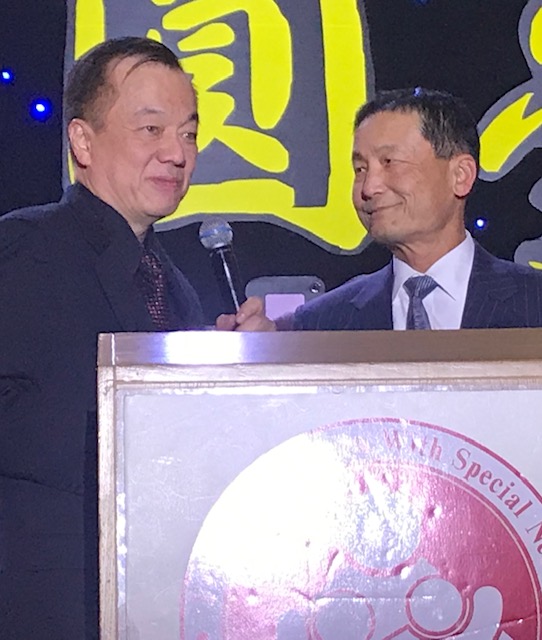 As Co Founders Anna and Albert Wang remarked, “This became a very wise decision as the smaller crowd seemed to relate more to the goals and activities of the FCSN work with handicapped children and adults more in this smaller setting.”  I agree that people could sit closer to the speakers on stage and were able to feel the vibes coming from the eager supporters who spoke about the group’s work. 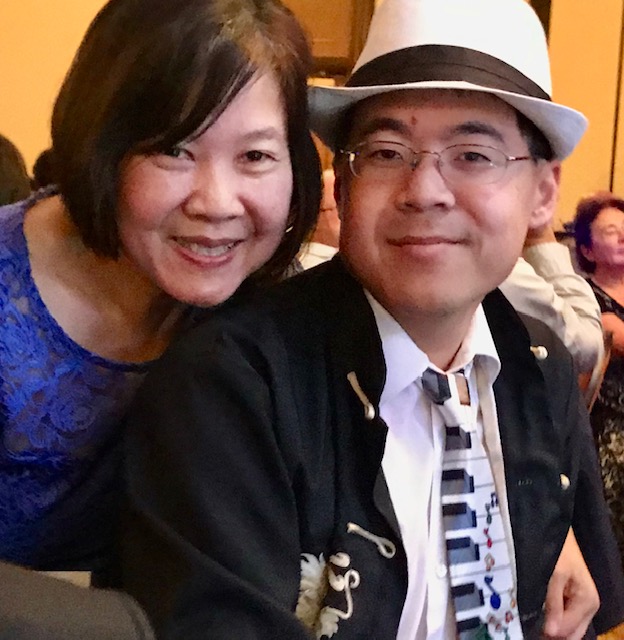 Former ABC Reporter Mat Keller was as always the personable quick witted emcee that carried the program very capably for the audience’s pleasure.  Performances of some of the FCSN clients were given on stage, and when Matt let them speak following their musical appearance it was readily apparent how much each one had gained in confidence and pleasure by being associated with FCSN activities. 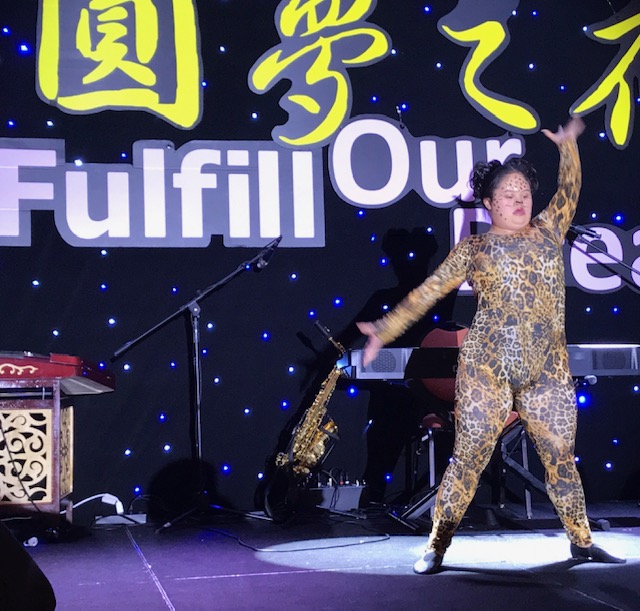 Performing on stage was Katrina Rose-Bengco doing a very expressive and accomplished dance to Lion King medley. A 25 year old gymnast and dancer with Down Syndrome she expressed she wanted people to see her abilities and not her disability. 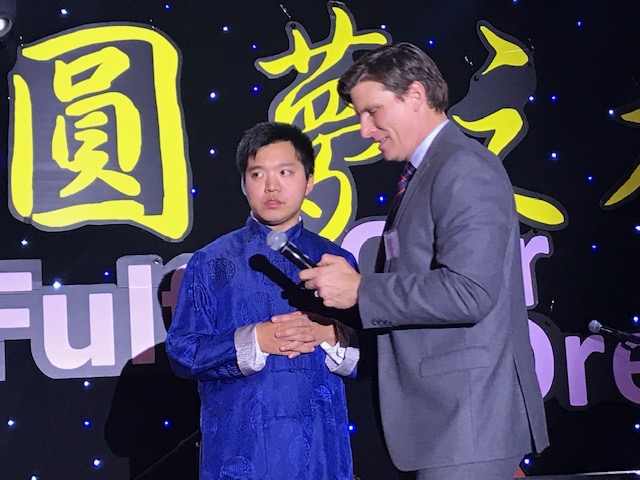 Caption: To Chi-Ling and Matt Keller

To Chi-Ling, a 29 year old autistic musician captivated the audience with his playing the Chinese dulcimer and said he enjoys volunteering to share his music at the area Kaiser Permanente Hospital lobbies and senior homes in the South Bay.  So many supporters, including those at seen in audience, John and Rosa Wong, Hsing and Rose Kung,Kansen and Daisy Chu, Ron and Lorrie Wong applauded this young man’s musical talent as well as his desire to spread happiness to others in spite of his own physical limitations. 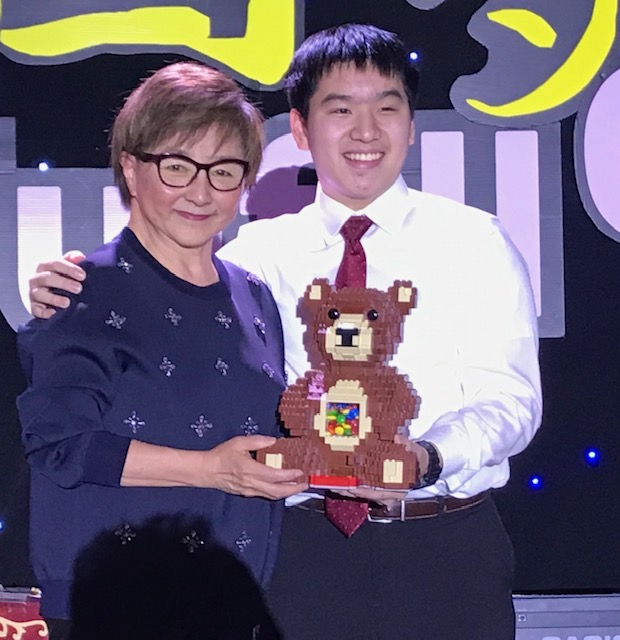 One young man, a client at FCSN Centers in Fremont and San Jose, made a large yellow and brown teddy bear candy dispenser out of Leggos – his own creation with moving parts.  In a wild open auction, active bidding for his creation went on, until finally Rosa Wong outbid everyone to bring this young man’s masterpiece home.  Don’t know who sported the happiest smile at this fundraising endeavor – the young man, the top bidder Rosa Wong, or Matt Keller, who said his goal for tonight was to captivate everyone’s spirit and interest on the future of FCSN and raise the goal of $250K  that night. 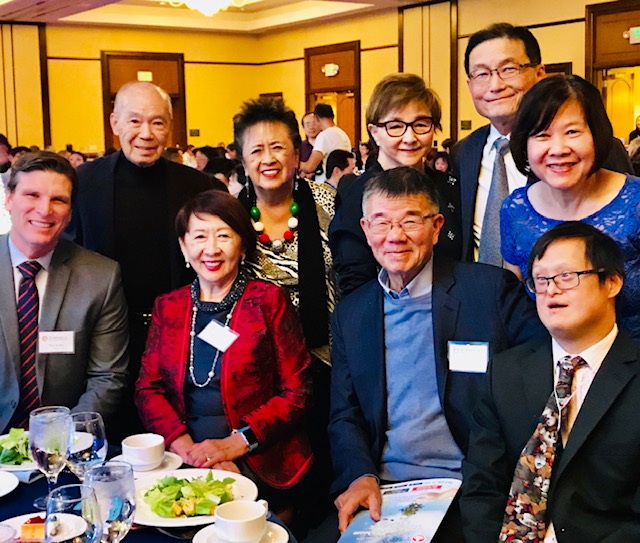 As Board President Chung-Kun Lee eloquently said, “The strength of FCSN’s successful growth since its beginning in 1996 is due to the dedication of the volunteers who help put on the programs to the attendees. Sadly, I report that we have 200 people on our waiting list to be able to come to our services so it is imperative we raise funds to try to accommodate those in need.” 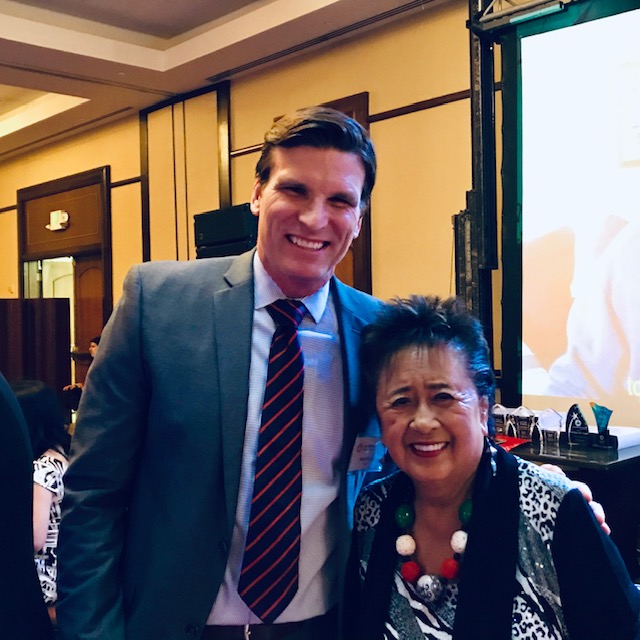 Executive Business Director Sylvia Yeh described the many services FCSN provides to his clients, which include Adult Day Services  Supported and Independent Living Services. East Bay After School Programs and Respite, Employment Services and Tailored Day Services. All in all, the group’s goal for the evening was to raise $250,000 for needed technology upgrades, capacity expansions and quality enhancements, while instigating a new program called Establish Emergency Preparedness AND Managing Systems. 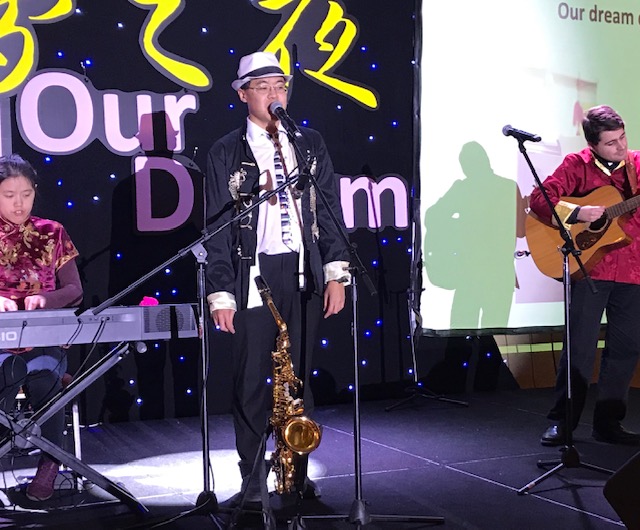 Not to ever be forgotten are the people who voluntarily oversee the Management of the centers which services over 1000 clients on a day-to-day basis.  The are – let’s give them a hand – President CK Lee, Vice President Jason Hwan, VP of Enrichment Programs and Community Relations Anna Wang, Chief Financial Officer Lillian Lin, and others managing different departments.  They are, never forgotten, Judy, Yi, Jennifer Li, Sherry Meng, Linmeo Chao, Nayeli Tota, Vivian Chung, and Kelly Ko.  Advisers include Anite Ho, Deepak Wilson, Tsai-Wei Wu, John Yang and Shiow-Luan Chen.  WILD APPLAUSE TO ALL!! 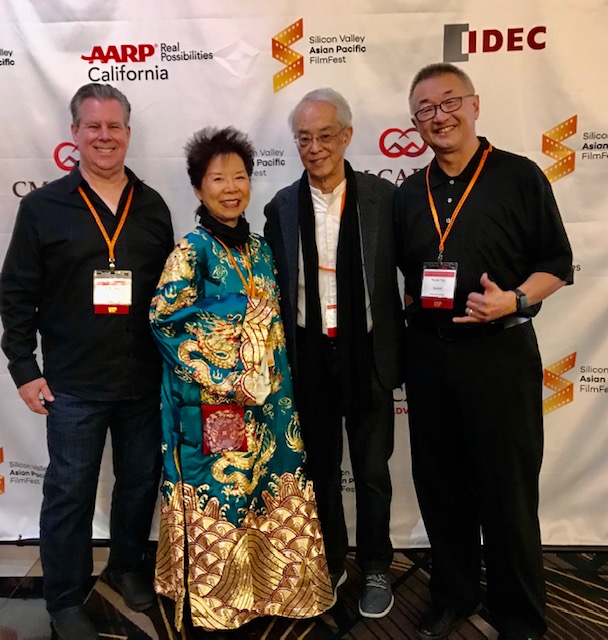 As Chairpersons Steve Yamaguma and Cindy Toy expressed, We are excited about connecting and inspiring communities through stories of Asian Americans and Pacific Islanders’ and bringing these cinematic tales to mainstream audiences. From the reactions of the applause at the end of each film, I think their goal was achieved as those in the audience truly were moved by the topics and talents of the films and filmmakers involved. 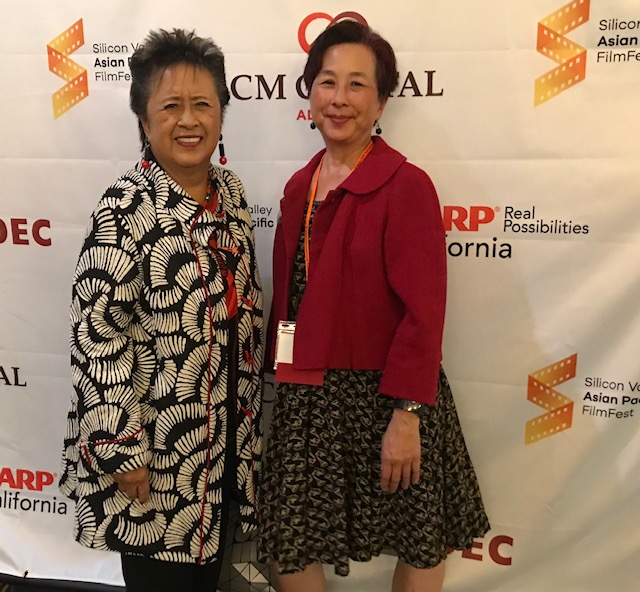 Opening Night showed   GOING HOME by Min Zhou, of the discovery of burial plots   of 13 Chinese workers by accident in 1996, and how the community was inspired to re-bury these unsung heroes and commemorated with a ceremony attended by the 200 citizens left in the town of Carlin, Nevada. 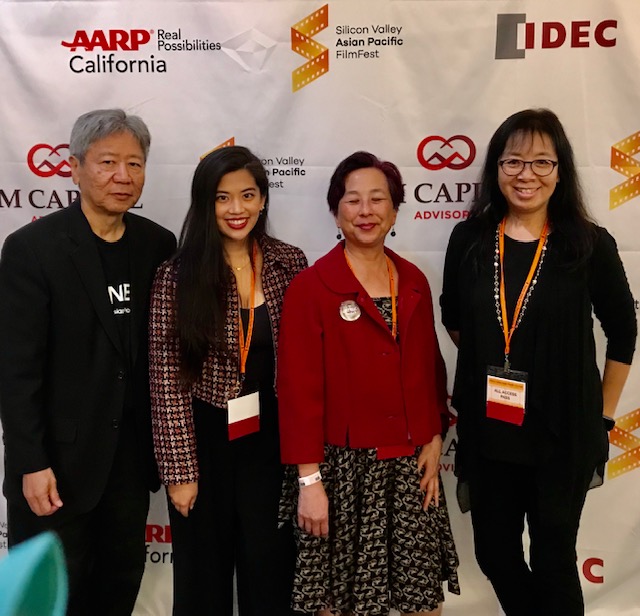 The Feature Film LOVE BOAT was enjoyed by many who had attended once upon a time the 6 week summer student program presented by the Taiwan government for college age Asian Americans. Filmmaker Valerie Soe, an alumnus herself, chronicled the many activities of those kids during the 40 years of the program where the goal was to have Taiwanese Americans get closer to their history, their culture and arts. Gathering up to 400 students of this age was a challenge for the Taiwan Government educators leading this summer program, but from the interviews shown on film, the experience did make an impact on many of the participants who came from middle American and grew up void of other Asian students. A Q and A with the filmmakers followed moderated by Author. Leona Chen 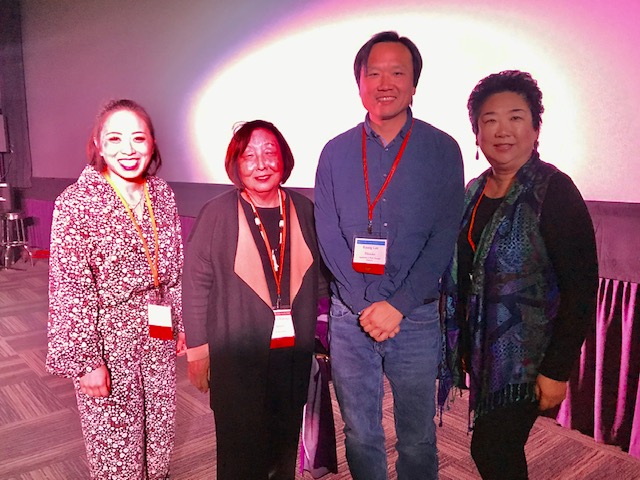 A full Saturday[s program starts with JAPANTOWN: A WALK THROUGH MEMORY by Director Kuang Lee,. which told of San Jose’s Japantown, one of the three Japantowns left in the US. 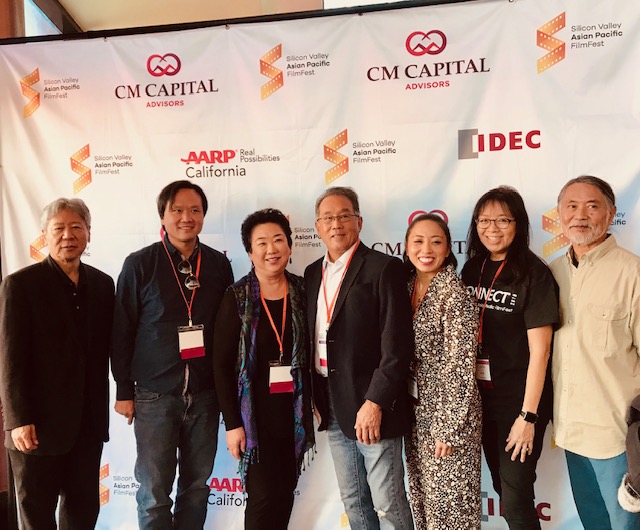 NORMAN MINETA AND HIS LEGACY: AN AMERICAN STORY followed which told of Norman Mineta, a child of immigrants, and his unique American story of the shame he experienced as a Japanese American inside a US concentration camp during World War II to his triumphant rise to political prominence that shaped every level of government.  He became one of the most influential Asian Americans in our nation’s history and this movie, by Dianne Fukami, tells it well.  The audience enjoyed the talk with filmmakers session following the films which was moderated by Mountain View City Council member Ellen Kamei. 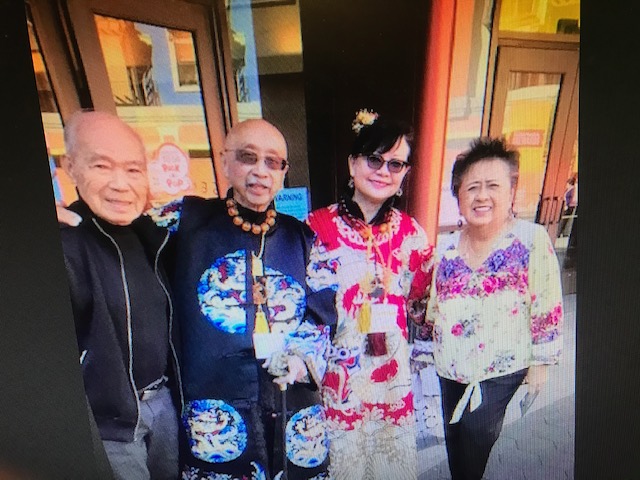 Royally Costumed greeters Nathan Louie, and his assistants Brenda Wong, Ginger Lai and Pauline Jones, welcomed everyone as they came to see the well chosen films of this filmfest.  A Bobblehead doll of Nathan was greeting people also, as a souvenir to bring home of the fine work of this fifth annual event.  Nathan Louie  is a well known figure in south bay theater events as he is always resplendent in his elaborate Chinese opera costumes.  Thanks Nathan for keeping our Chinese culture alive when you share your antique robes to the Silicon Valley audience members. If you’d like your own Nathan Louie doll, and would like also to make a donation to help this group produce future events for your pleasure, contact them at svapfilmfest.org or CATS Contemporary Asian Theater Scene catsasiantheatrescene.org.  Volunteers and supporters are always welcome. 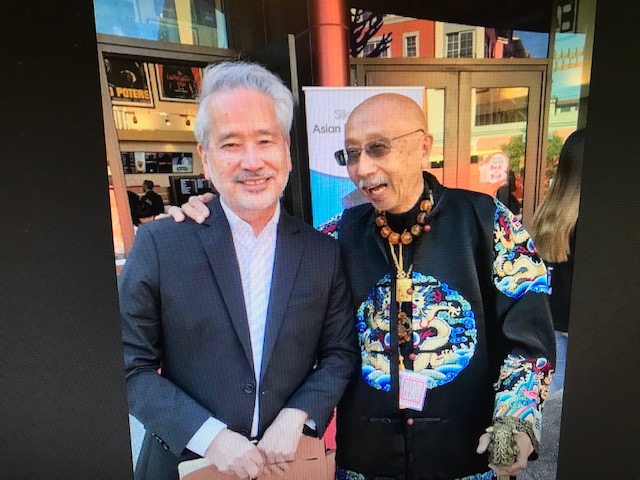 Other notable feature movies seen during this weekend were Alternative Facts: The Lives of Executive Order 9066 by John Osaki , Mayor Ed Lee by Rick Quan, , Dating After College by Benson Quach, , Finding the Virgo  by Lauren Vuong, Chinatown Rising by Harry and Josh Chuck,  and Happy Cleaners by Julian Kim and Peter S. Lee.