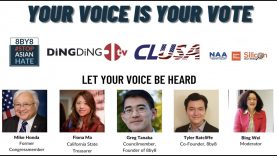 What are the barriers to AAPI unity? What are the ways to make AAPI votes more effective? How can we increase political participation and representation in the Asian American community? How can we make StopAsianHate movement sustainable for the years to come? These were some of the questions asked of the participants.

3rd Civic Leadership Forum 2021 – Your Voice is Your Vote consisted of two panels – How to Let Your Voice Be Heard and Making Every AAPI Vote Count.

Panel members discussed different methods of engaging the members of the AAPI community to register to vote and participate in the election process. Fiona Ma and Greg Tanaka shared their experiences in running political campaigns and what helped them engage the community. Another important point was the language access – to have information readily available in languages other than English. On the topic of increasing the AAPI representation, the panelists suggested participating in local commissions and boards and interning or volunteering in political campaigns. All the participants stressed the importance of starting a dialogue with other communities and creating coalitions.

The panelists spoke about the need to use positive language to change the perception of the AAPI community. Joel Wong talked about the ways to make AAPI votes more effective. Some of these include the block vote concept, learning from other communities, and finding common goals to unite around (like education, immigration, and health care). Likewise, and the same as during the first panel, all participants agreed the way forward is to engage and create dialogues with other communities.

In his keynote speech, Mr. Sandy Chau (Founder and Chairman of Civic Leadership USA) stressed the importance of three issues – voter registration, education, and participation. Likewise, he spoke about how important it is to find a common cause and value. It can serve as a way to unite communities.

Ding Ding TV and Civic Leadership USA created Civic Leadership Forum in 2016 to provide a platform for the next generation of the AAPI community and empower them to participate in civic engagement and leadership. Likewise, the forums aim to create a national network of AAPI civic-minded organizations and have them and their leaders work in unity. India Currents became a co-organizer in 2017. We organize four forums each year. So far, over 2000 elected officials, community leaders, students, and parents have participated in these events. The forum’s content reached over 200.000 people in Silicon Valley Bay Area and the United States.

Silicon Valley Innovation Chanel – Ding Ding TV invites you to join the Asian Americans Network on Clubhouse each Tuesday and participate in the conversation. 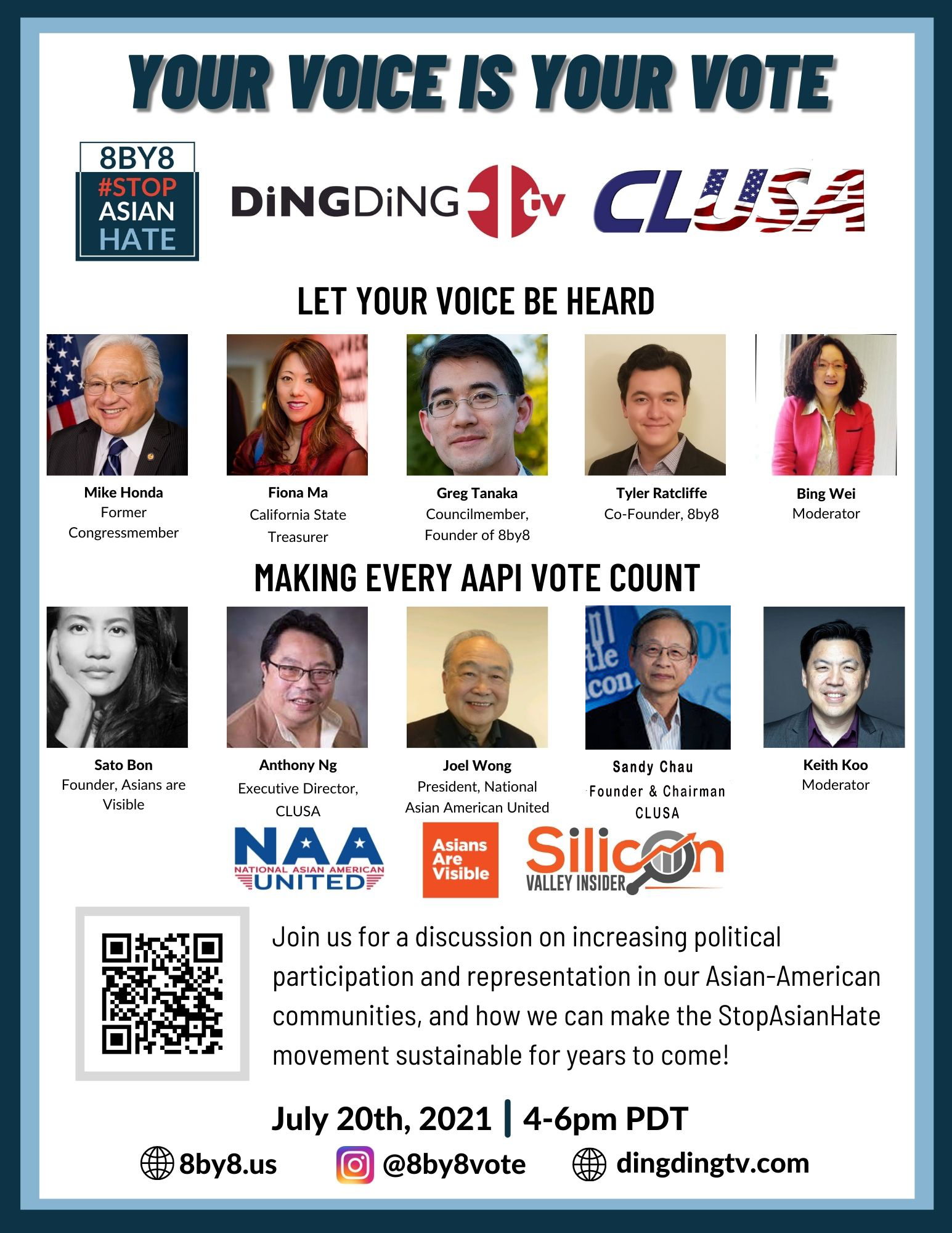