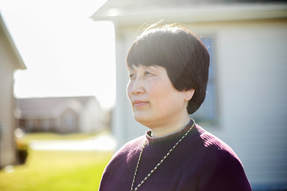 The persecution and injustice suffered by Sherry Chen have entered its seventh year.

As an award-winning hydrologist at the National Weather Service, Sherry Chen built and implemented flood prediction models to save American lives and properties in the Ohio River Valley.

Born in China, she is a loyal naturalized American citizen.  However, Sherry Chen has been persecuted repeatedly by the U.S. Government since 2012, first being wrongly prosecuted for espionage-related charges in 2014.  Despite the case was dismissed without redress or apology to Sherry Chen, she was then wrongly fired from her job in 2016.  After she won an appeal decision overwhelmingly to reinstate her to her job with backpay and benefits, the Government continues to abuse its authority and public funds to delay and deny her due justice in 2018.

This website tells the full story of the persecution and injustice faced by Sherry Chen and her continuing pursuit for justice and fairness, not just for herself, but also for the innocent Asian Americans who are again profiled as collateral damage, expedient scapegoats, or convenient targets.  Profiling based on race and national origin is a flagrant violation of our Constitution and contrary to our American value of justice and fairness.  This website strives to provide updates on the latest developments of Sherry Chen’s courageous fight for herself and all of us.

Please stand with Sherry and join the fight by telling her story to your family, friends, and colleagues; informing your congressional representatives about the injustice and ask them to act; and making a donation to the Sherry Chen Legal Defense Fund today.