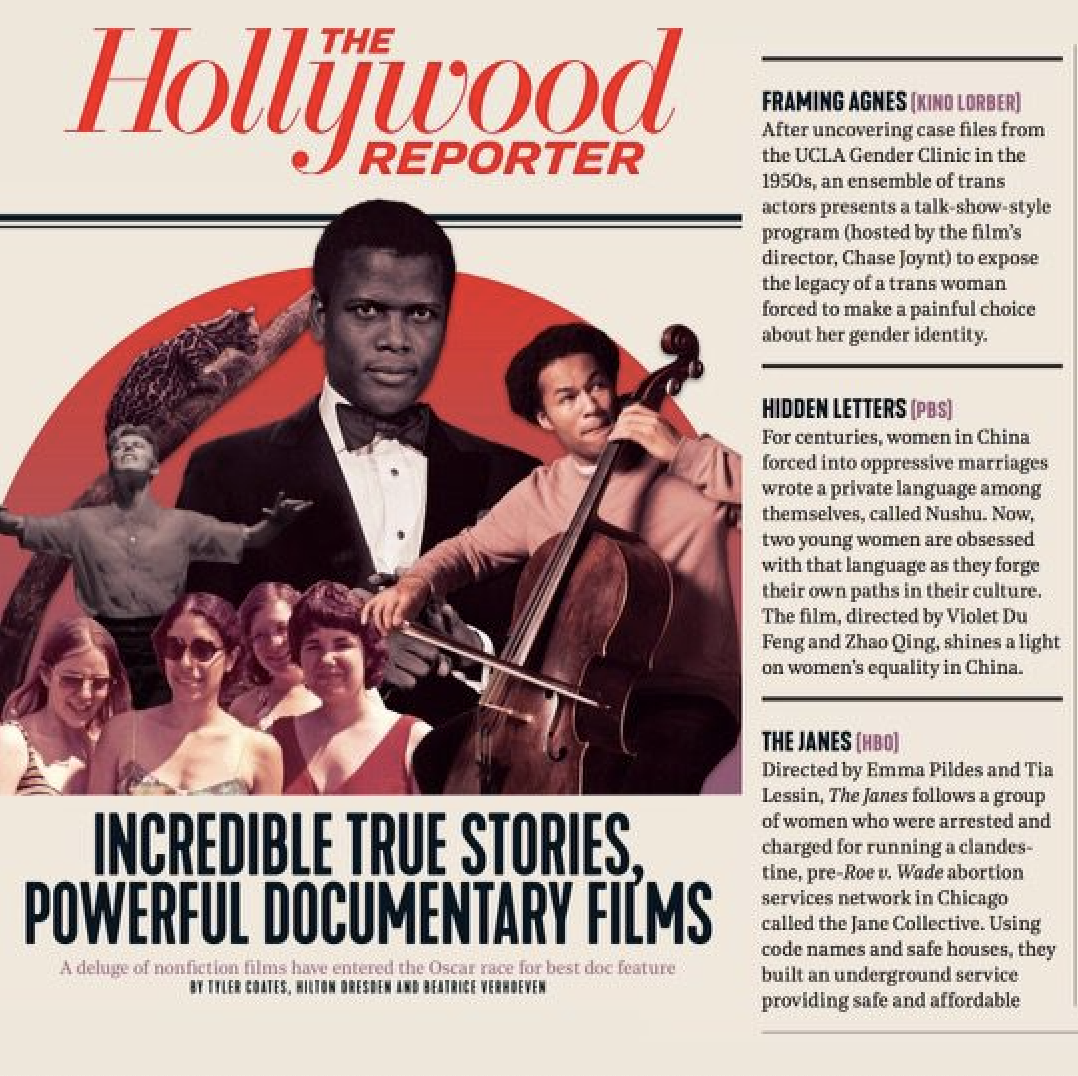 Hidden Letters has just been recognized for:

<—See Hidden Letters featured
in THR as an Oscar contender! 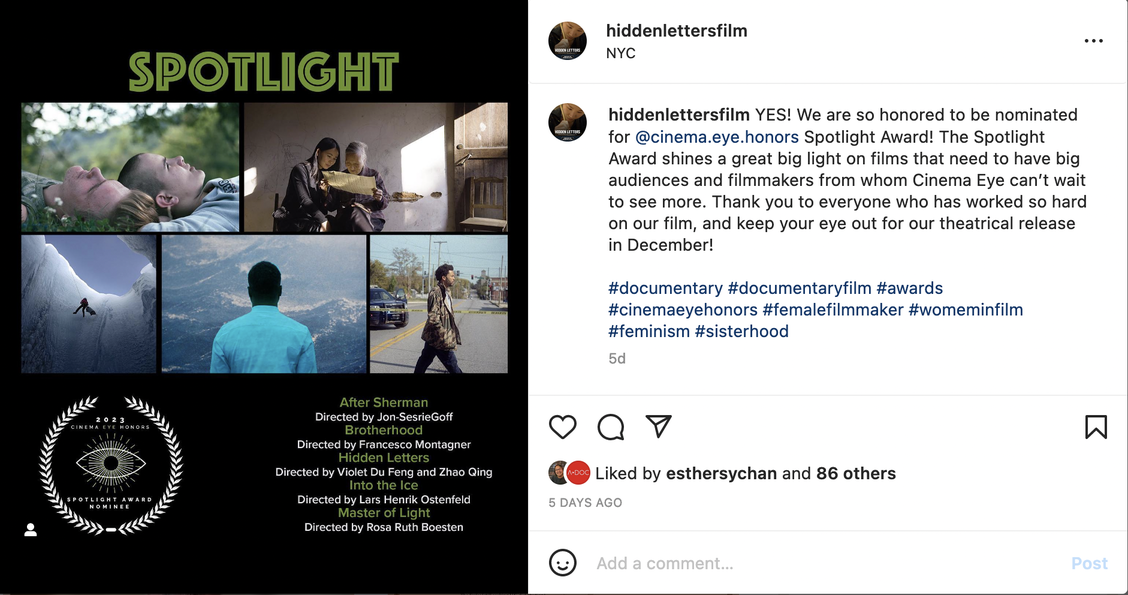 Hidden Letters is about two Chinese millennial women who must save an ancient secret treasure from falling into the wrong hands, but don’t expect it will save them, too.