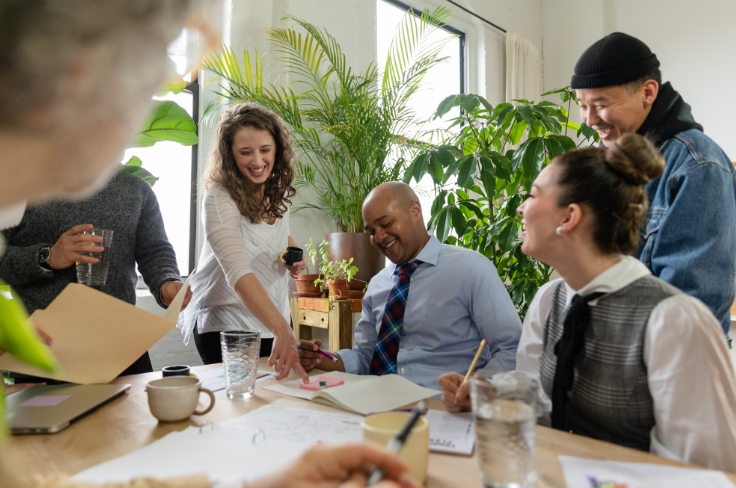 The tech industry faced numerous challenges this year. In November, several big tech companies (including Meta, Amazon, and Twitter) started laying people off. Based on the data published by Layoffs.fyi, more than 50,000 tech workers lost their jobs.

The tech industry relies on skilled immigrant workers in engineering and computer science and has the most approvals for H-1B visas. These are temporary visas granted to people in specialty occupations. In 2021, Amazon had the most approved petitions for H-1B visas, followed closely by Google and Microsoft. Once foreign workers lose their jobs, they have between 60 and 90 days to find a new job or risk deportation.

Sophie Alcorn (Immigration lawyer from Mountain View) stated for CNBC: “It’s this amazing talent pool that the U.S. is fortunate to attract, and they’re always living on the edge… Many of them up are up against this 60-day grace period deadline. They have a chance to find a new job to sponsor them, and if they can’t do that, they have to leave the U.S. So it’s a stressful time for everybody.”

Sam Bankman-Fried made an appearance via a video feed for an interview with Andrew Ross Sorkin at the DealBook Summit on Wednesday. FTX filed for Chapter 11 bankruptcy protection in Delaware at the beginning of November.

Bankman-Fried said he “didn’t do a good job” at upholding his responsibilities to customers, investors, and regulators. He further stated: “I didn’t ever try to commit fraud on anyone… I saw it as a thriving business and I was shocked by what happened this month… We completely failed on risk.”

Andrew Ross Sorkin asked Bankman-Fried why FTX and himself had access to customer funds. FTX’s terms were that the customer funds would “at all times remain with you and shall not transfer to FTX Trading.” Bankman-Fried was evasive when answering and claimed some customers agreed to lend the money, but he did not control the processes. Bankman-Fried also claimed he realized the scope of the problem on November 6th, days after CoinDesk exposed Alameda’s balance sheet and its sizable position in FTT.

The European Commission ruled airlines can provide 5G technology and slower mobile data. It means passengers could use their phones on flights to make calls and stream content. The member states need to make 5G frequency bands available for airlines by June 30th, 2023.

Thierry Breton (the EU Commissioner for the Internal Market) stated: “The sky is no longer a limit when it comes to possibilities offered by super-fast, high-capacity connectivity.” He added that the plan would “enable innovative services for people.”

The European Commission reserved frequency bands for airplanes, but the service was slow. The new system uses 5G, which ensures much faster speeds. Dai Whittingham (Chief Executive of the UK Flight Safety Committee) said about the decision: “There was a concern they could interfere with automatic flight control systems… What has been found with experience is the risk of interference is very small… The traveling public wants 5G. The regulators will open up that possibility, but there will be steps that will be taken to ensure that whatever they do is safe.”

Based on the new report published by NewsGuard, TikTok is hosting more than a dozen videos that glorify violence committed by the Wagner Group (Russian mercenaries). NewsGuard is a tool that focuses on online misinformation. TikTok users viewed these videos more than 1 billion times. Yevgeny Prigozhin, a close ally of Putin, founded the Wagner Group.

According to NewsGuard, they identified 160 videos that “allude to, show, or glorify acts of violence.” 14 videos show full or partial footage of the apparent killing of Yevgeny Nuzhin, a former mercenary. Users viewed one video more than 900,000 times before TikTok took it down. Nuzhin was serving jail time for murder, but the Wagner Group recruited him to fight in Ukraine. He denounced them and switched sides. NewsGuard found TikTok algorithm pushed users towards violent content. When searching for the term “Wagner,” the TikTok search bar displayed suggested searches for “Wagner execution” and “Wagner sledgehammer.” They also found music videos that advocate violence against Ukrainians, with claims they are Nazis.

TikTok responded to the report. They stated: “Our Community Guidelines clearly outline that we do not allow people to use our platform to threaten or incite violence, or share attacks or slurs based on people’s nationality or other protected characteristics. We will take action on content found to violate these policies.”