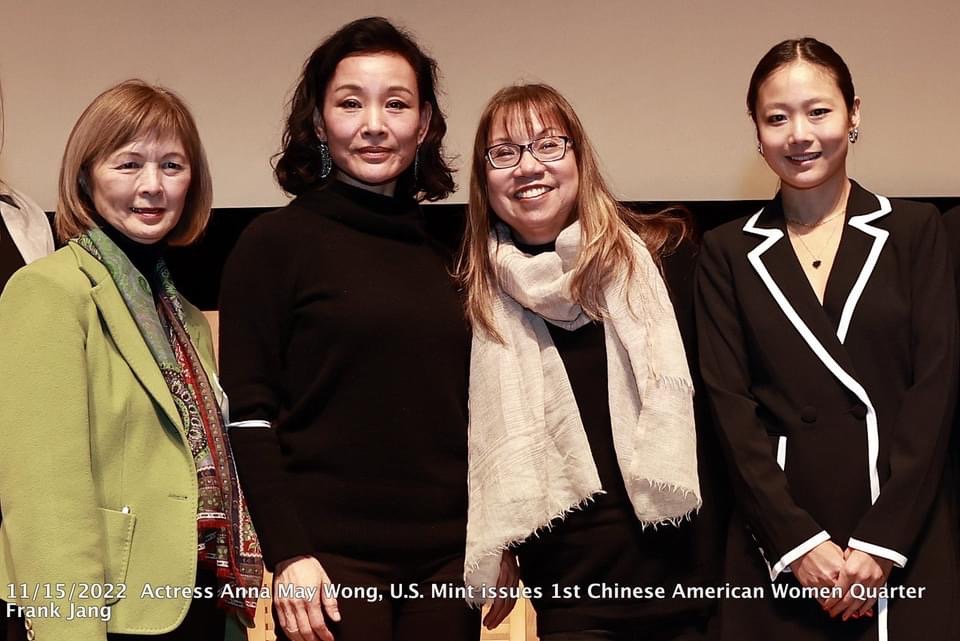 Last week I attended a wonderful ceremony celebrating the issuance of a coin in commemoration of Anna May Wong, the first Chinese American woman to appear in Hollywood movies in the 1920s-1950s.  The event, presented by the U. S. Mint, APA Heritage Foundation, San Francisco Public Library and Center for Asian American Media (CAAM) was to celebrate and honor the Hollywood icon and trailblazer ANNA MAY WONG. 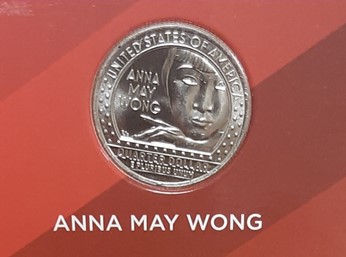 At the event they showed a special screening of the film ANNA MAY WONG: IN HER OWN WORDS which gave the interesting story of how she entered movies at the age of 14, and in her own way, became a film star even though relegated to stereotypical roles of a mysterious Chinese femme fatale.  San Francisco City Librarian, Michael Lambert opened the program welcoming the large almost 500 audience members who flooded the Koret Auditorium at the San Francisco Main Library following a reception where participants could stand behind a replica of the Anna May Wong coin for a memorable photo op. Thanks to Chinatown’s favorite photographer Frank Jang for many of our photos shown today.

APA Heritage Foundation President Claudine Cheng spoke of how proud she was of a coin honoring a Chinese American in the U.S. Mint’s American Women Quarters Program.  Representing the U.S. Mint , Michele Thompson informed the audience the American Women Quarters Program celebrates the accomplishments and contributions made by women to the development and history of our country.  She recalled that it began in 2022 and will continue each year through 2025 where the U.S. Mint will issue five new reverse designs each year on quarter dollars honoring prominent American women from a variety of fields, including but not limited to suffrage, civil rights, abolition, government, humanities, science, space, and the arts. 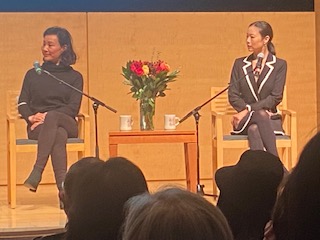 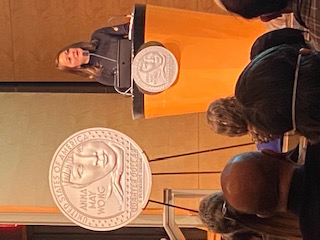 CAAM President Stephen Gong, following the film, began a panel discussion about the important part that choosing Anna May Wong was to the Asian American community.  Other participants on the panel included Actress and film director Joan Chen, Actress Krista Marie Yu, and U.S. Mint Representative Michele Thompson. They spoke of the difficulties Anna May Wong no doubt faced in breaking the discrimination against Asians, and notably, women in Hollywood movies.  Krista and Joan spoke themselves of the rejections they have faced many times in trying to find appropriate roles in American screen, even though the field has opened for more Asian American representation now. 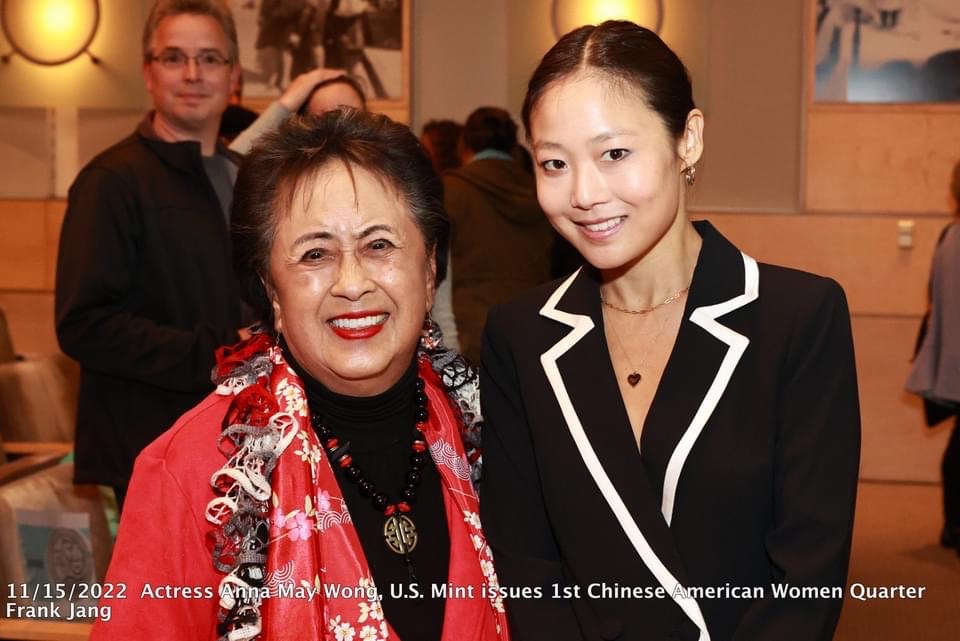 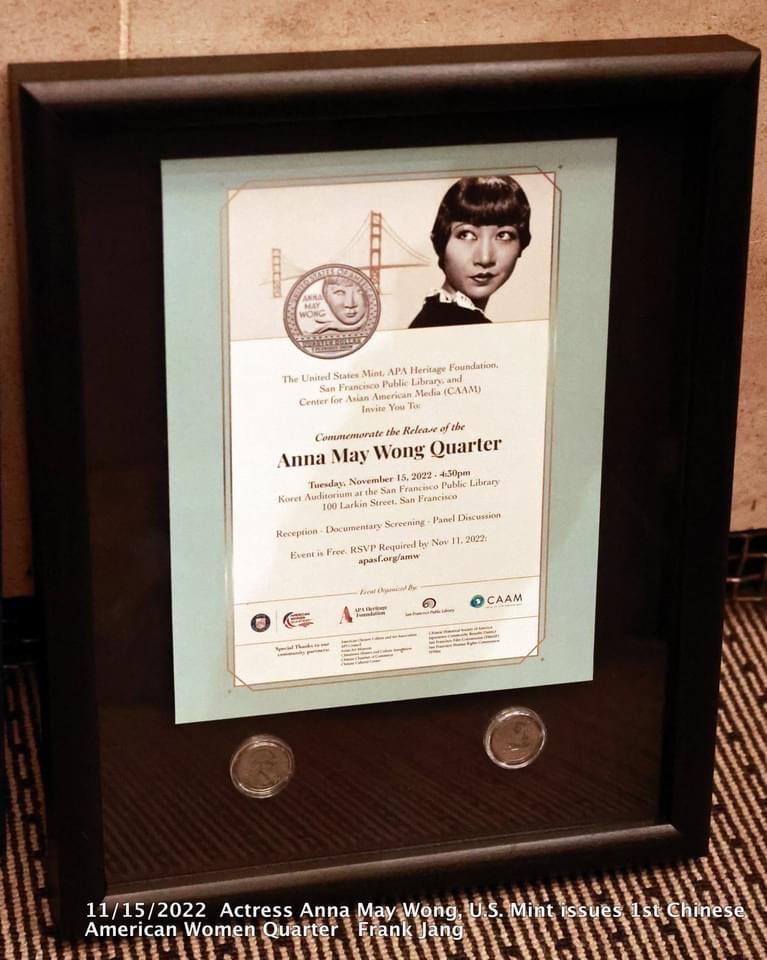 Krista Yu, a local hometown girl growing up in Oakland and Lafayette, is the daughter of former restauranteur China Station owner Alon and Margo Yu.  It was fun to see her a beautiful young actress now, as her mother and I recalled that I wrote about the occasion of her red egg and ginger baby party announcing her arrival when I was a columnist for Asian Week many many years ago.     She spoke eloquently about the importance of recognizing someone like Anna May Wong, who helped break those barriers that were miles high when she first began her career in the 1930s silent films, and eventually found more work in Europe movie making later in her career. 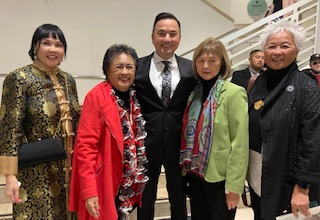 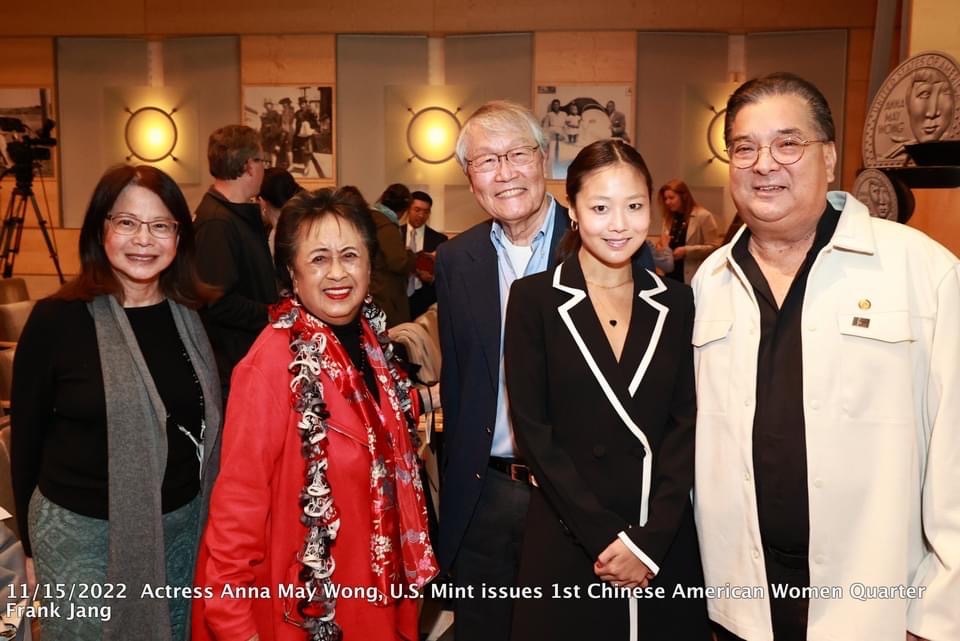 The Anna May Wong Quarter is the fifth coin in this American Women Quarters Program as the first Chinese American film star in Hollywood.   Born in 1905 in Los Angeles, she got her first leading role in 1922’s “ The Toll of the Sea”. Her career spanned more than 60 movies, and one of the first movies made in technicolor.  She became the first Asian American lead actor in a U.S. television show for her role in “The Gallery of Madame Liu-Tsong” in 1951. Everyone at the reception and program were thrilled to hear from her grandniece who was named after the star.  Ms Anna Wong who flew in from southern California for the occasion. For the present it seems the U.S. Mint ANNOUNCES ALL ORDERS FOR Anna May Wong rolls are sold out but can be purchased through private distributors.

SELF HELP FOR THE ELDERLY LONGEVITY GALA

SELF HELP FOR THE ELDERLY presented its annual Longevity Gala 2022 last week, much to the delight of its many supporters. Attending the event this year drew a lot of old memories out of me that recalled when our South Bay chapter started this annual traditional fundraising way back in the 1990s. 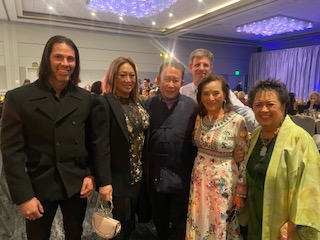 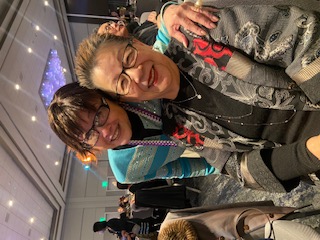 Longevity Ball was the brainchild lo those many years ago, of the leaders of the South Bay Self Help chapter, led by Antonia Tu.   Memories working with dedicated SHE friends such as the late Gladys Hu, Rosalyn Koo, and Eppie Lam made the evening especially nostalgic for me, who had once served as the South Bay SHE Board President. I recall our group once instigating the very successful fundraising competition for the titles of Lord and Lady of Longevity, and working with many of the Title competitors who have since left us, namely  Ed Sing, Frank Gee, Mabel Seid and Madame Sze Chung Liang. They raised phenomenal amounts of money for Self Help in those races. 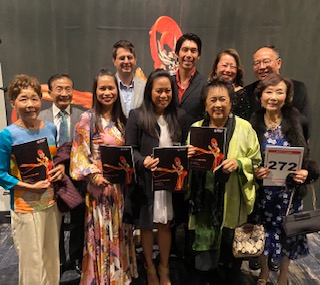 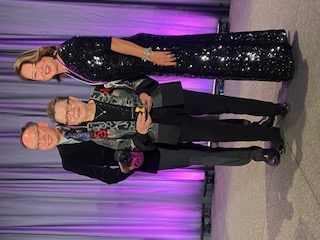 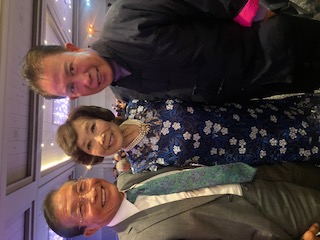 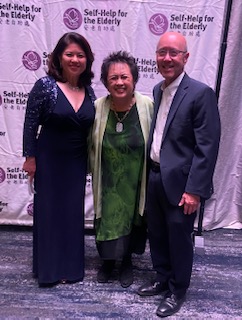 Following Greetings by SHE Board Chair Nicholas Jay, retired  ABC7 reporter David Louie and Award winning KTVU journalist Jana Katsuyama led the packed program. CEO Anni Chung addressed the audience, telling about all of the services SHE has now begun, answering the needs of the community. For example, in 1995 SHE started the Hospice program to provide quality multicultural and bilingual hospice services to help terminally ill patients accept their prognosis and live comfortably in the privacy of their homes in harmony with their families.

People who supported the Make a Difference program by making donations as soon as the category they wished to give, was solicited by Auctioneer Greg Quiroga, helped this event raise almost $150K towards funding the many services that SHE performs for its client base in SF Chinatown.  Special people who had given exceptional support this year were duly honored with the 2022 FRIEND OF THE ELDERLY AWARD, namely Allan E. Low, Amy Yuen Ming Law Tam and Phil Ting. 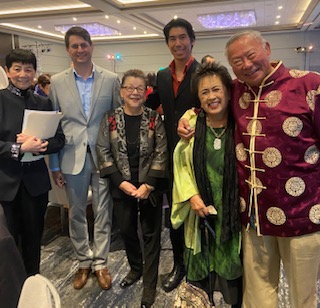 When the 600 loyal patrons come year after year to support Selp for the Elderly, they do it so this worthwhile agency can continue to follow its mission.  No better mission could ever be found for SHE’s mission has always been to promote independence, well-being and dignity for older adults through culturally aligned services and programs. 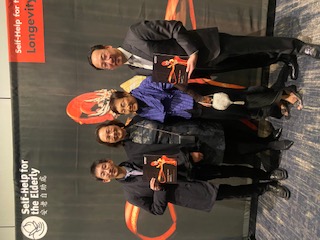 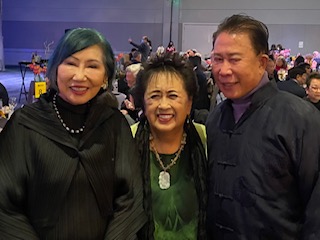 They, like I, are sparked by SHE’s Vision which envisions a world someday where all elders will have the respect, care and support in this society where they can lead dignified and vibrant lives.  The following 2022 major sponsors helped SHE continue its many services to the seniors of our communities they serve. Thank you, Title Sponsor Robert Joseph Louie Memorial Fund, Dr. Sik-Kee and Mandy Au, Dr. Andrew and Flora Zee, Dr. Dorothy Yeung and Sharon Ho, Norman & Antonia Tu, Dr. Bert Why Jr. and Barbara why.   Congratulations to Self Help for the Elderly which has been providing strength, hope and empowerment to seniors since 1966.

HOLIDAYS WITH THE SF SYMPHONY

I always look forward to the holiday season, and especially the program offerings of the San Francisco Symphony.  After a quiet period of the pandemic, it will certainly be a pleasure to visit Louise Davies Hall this holiday season to enjoy its wonderful selection of presentations this year.  Favorite of mine will be the return of the popular The Colors of Christmas with performing artists Oleta Adams, Peabo Bryson, Reuben Studdard, Jody Watley with the Oakland interfaith Gospel Choir and of course, accompanied by the Sf Symphony. 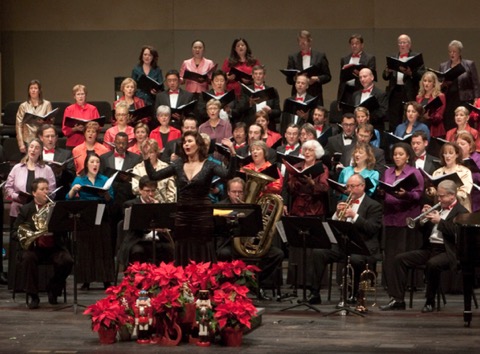 If your young ones of the family are fans of seeing movies while listening to the Sf Symphony Orchestra play the movie’s musical score , then the December 16-17 concerts of How the Grinch Stole Christmas and the December 21-22 performances of Elf in Concert is offered for your pleasure. To quote the program’s description of the Holiday Gaiety concert on December 15, it said, “Tis the season to be merry and gay! The adult-themed holiday variety show guarantees an evening of festive fun and fabulous flair.” For more info on the many holiday concerts, check out sfsymphony.org/holiday.  The SF Symphony surely will get you in the right mood for holiday happiness.