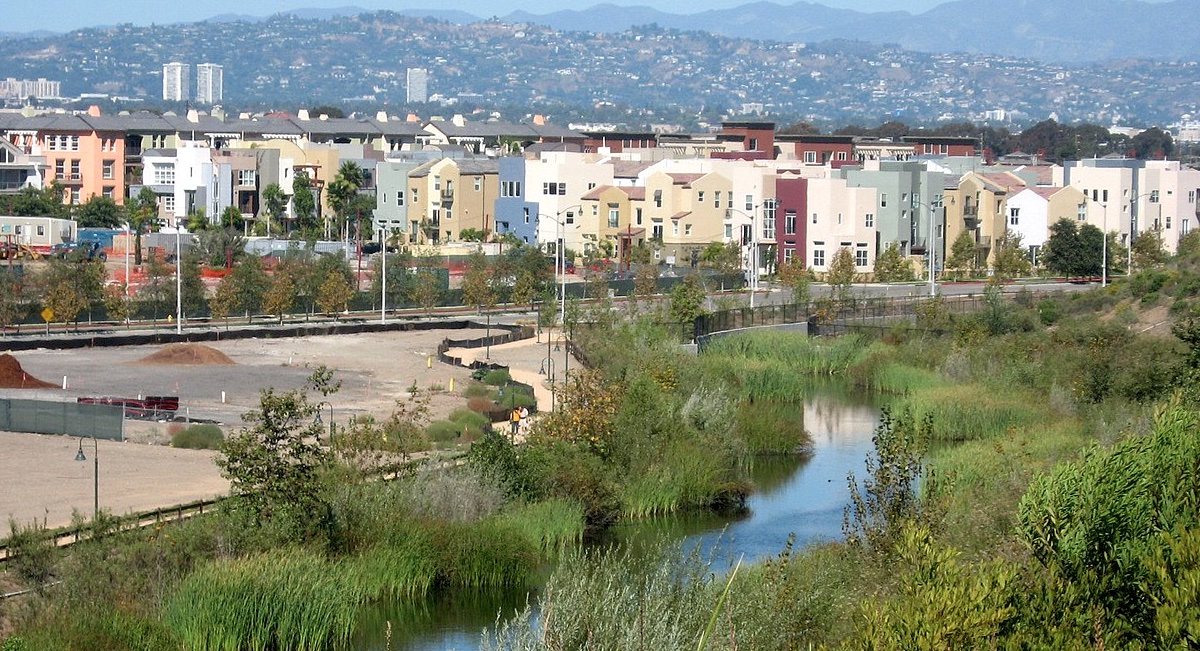 The initial project is part of the L.A. River Master Plan, though officials plan to take it countywide in hopes of narrowing a massive shortfall in affordable housing made worse by the Covid 19 pandemic.

Los Angeles County is getting ready to launch a project that could lower exisiting barriers to building much-needed affordable housing in the region. The model, already in use in other cities, would allow the county to purchase and hold land, keeping it out of the speculative market while housing is built.

“Land prices can become a huge obstacle in these [affordable housing] projects,” said Tensho Takimori, partner at the architectural firm Gehry Partners LLP, which worked with LA County on the design of the L.A. River Master Plan. Takimori explained that the cost of holding land and paying property taxes while a project comes to fruition often makes it cost prohibitive for many affordable housing developers.

With land banking, LA County or a nonprofit entity created by it, could purchase plots of land and hold them, keeping costs lower. This system would potentially exempt the entity from property taxes while the land is not in use.

“The County can then work with local non-profits, Community Land Trusts, and Affordable Housing Developers to develop affordable housing on the land bank sites. A land bank could also support preservation of existing affordable housing by purchasing existing buildings,” said Jessica Henson, of OLIN Studio, a landscaping and design firm.

Both Olin and Gehry partners, along with the Southeast Asian Community Alliance and Street Level Advisors, along with LA County experts, made the case for a land bank in the context of the L.A. River Master Plan project recently approved by the Board of Supervisors.

The Land Bank project was approved as a companion to the L.A. River Master Plan and is initially tied to areas within 2 miles of the river that are vulnerable to increased displacement and gentrification as a result of the large public works investment envisioned under the Master Plan. It is meant to eventually expand to the whole county, officials say.

The board directed $50 million in federal funds from the American Rescue Plan Act of 2021 to be used for the land bank program. This will be enough to purchase land for about 800 units of affordable housing. The master plan projects 5,200 such units will be required in the coming years.

Sources from the Board of Supervisors indicated that the goal is to secure at least 175 million dollars as a first step in setting up the land bank, and that vulnerable areas near the L.A. River will be the first focus.

A county report with details on the implementation of the land bank will be presented mid-September to the L.A. County Board of Supervisors but it could take a few months to launch the project and secure a first round of acquisitions.

A massive public works investment like the L.A. River Master Plan, or any project that expands public transportation — such as those now being undertaken by L.A. METRO (new subway lines and stations) — can push the value of land way up, driving up rents and displacing long-term residents in vulnerable areas at the same time.

But improving these areas has often meant that long-time residents who have lived in these neighborhoods long before they became desirable get pushed out, added Trinh.

Los Angeles County is already confronting a serious deficit of affordable housing, a situation made more dire by the pandemic. According to County sources, Los Angeles needs to add nearly 500,000 affordable homes to meet demand for households at or below 50 percent area median income.

Even prior to the pandemic, 64 percent of renter households at this income level were severely cost-burdened, paying more than 50 percent of their household income on rent. Poverty and homelessness increased.

Land banking is not a new concept, said Jon Christensen, a professor at the Luskin Center for Innovation and the Institute of the Environment and Sustainability at UCLA. But the one in Los Angeles will work differently than the ones existing in Detroit or New Orleans, he noted.

“In many places hit by a natural disaster and the area becomes vacant — or tax delinquent — a land bank is used to buy the land not being used,” said Christensen. “In LA it is actually the opposite, the point is to get in front of public investments to ensure there’s equitable development.”

A group of environmental and community activists who first participated in the development of the L.A. River Master plan and later sued to prevent it, arguing there was no sufficient community participation in the project, said they are in favor of the land bank.

In places where land is expensive, like Denver, land banking can significantly reduce the cost of building affordable housing, said Tarik Abdelazim, of the National Land Bank Network, based in Michigan.