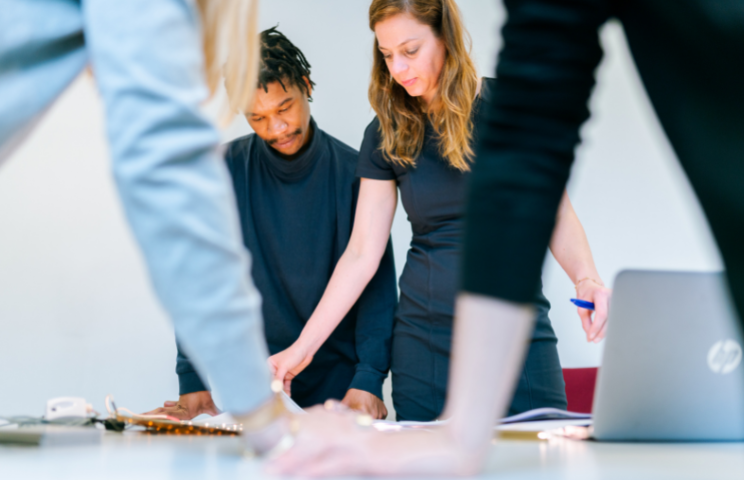 President Biden signed the CHIPS and Science Act that commits $280 billion to scientific research and high-tech manufacturing. The bill provides tax breaks for companies that build computer chip factories in the United States. It also funds around $200 billion to various agencies (like National Science Foundation) to boost investments in high-tech fields like wireless communications and robotics.

Reasons behind the bill include the global shortage of microchips and fears the US is losing its technological edge to China. The United States produces 10% of the global supply of semiconductors.

Both parties supported The CHIPS and Science Act. President Biden stated the bill is a “once in a generation investment,” and that is already producing results and growth. He referred to Micron, which plans to spend $40 billion on memory chip manufacturing. That project alone will create 40,000 new jobs.

Lee Jae-yong was convicted of bribery and embezzlement in 2017 and sentenced to five years in prison. He paid $8 million in bribes to then-president Park Geun-Hye (who was later imprisoned). Lee Jae-yong was released less than a year later when the appeals court threw out several charges.

In 2021, the Seoul High Court found him guilty of bribery and embezzlement and sentenced him to two and a half years in prison. Since last year he has been on parole. However, he was under a five-year ban that prevented him from holding a formal position at Samsung. The presidential pardon means Lee Jae-yong will be able to work without restrictions.

The government justified the decision by saying Lee Jae-yong is needed at the helm of Samsung (the country’s biggest company) to helm post-pandemic economic recovery. Han Dong-hoon (the Justice Minister) stated: “To overcome the economic crisis by revitalizing the economy, Samsung’s Vice Chairman Lee Jae-yong, who’s term has recently ended, will be reinstated.”

Based on the Securities and Exchange Commission filing, Elon Musk sold 7.92 million Tesla shares worth $6.88 billion. The sales came after the annual shareholders’ meeting last week.

When the news about the shares sale was made public, users on Twitter wanted to know if Musk was done selling Tesla shares, to which Musk replied “yes.” He confirmed he needs the money in case he has to buy Twitter and the funding for the Twitter merger deal falls through. He also added he wants to avoid the emergency selling of Tesla shares.

In July, Tesla revealed the company sold 75% of its Bitcoin. The company used the proceeds of the sale to buy traditional currencies.

Musk is locked in a court battle with Twitter over the proposed merger deal and the lawsuit goes on trial in October. Musk and his legal team countersued Twitter. But the details of the countersuit have not been made public.

Based on the Wall Street Journal report, meditation app Calm laid off 20% of its staff. David Ko (Calm CEO) shared the news with the employees in a memo Thursday. In 2020, the value of the company was $2 billion.

Meanwhile, on Friday, Peloton notified its employees it would slash 780 jobs, increase the prices of its equipment, and close a number of its retail stores. The company did not share how many of its 86 retail locations it plans to close, but they would begin the reduction in 2023.

Barry McCarthy (the new CEO of Peloton) plans to introduce the new measures to cut costs and make the company profitable. The company would cut several positions in the in-house support team. Likewise, Peloton will close its warehouses and use third-party providers for delivery work. Earlier in July, the company announced it would stop in-house manufacturing and transfer it to Rexon Industrial, a Taiwan-based manufacturer.

After the news on Friday, Peloton shares went up by 13.6%.