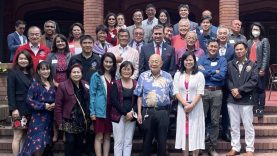 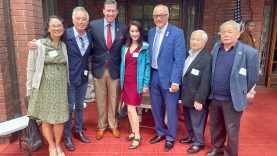 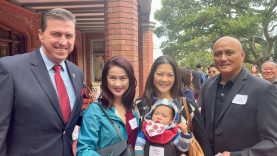 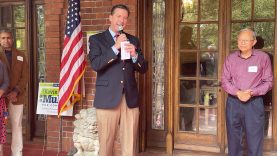 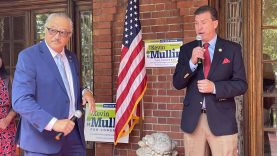 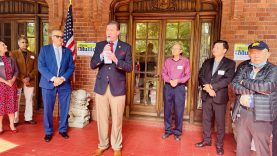 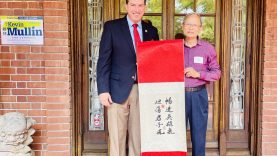 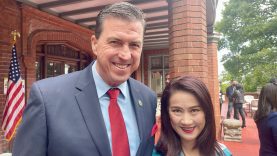 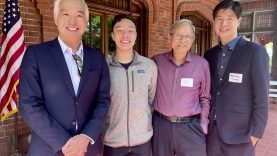 Asian American community leaders and members gathered at Mr. Sandy Chau’s home to meet and greet Kevin Mullin on July 30, 2022. Over 30 people came to the event to support Kevin Mullin for congress election. Mr. Sandy Chau gave a calligraphy art piece to Kevin Mullin and wished Mr. Mullin could be the hero and role model for the people.

Kevin Mullin has served San Mateo County for over a decade as a South San Francisco city council member and Mayor, and as Assembly member since 2013. Kevin has gotten more than 60 of his bills signed into law during his tenure, including landmark legislation pioneering all vote-by-mail elections and combating dark money in state campaigns.

​Kevin is running for Congress to fight for the future of our democracy and the planet. In the Assembly, Kevin fought for and won funding for wetlands restoration and climate resiliency – the largest resiliency investment in California history.

Kevin Mullin was first elected in 2012 and re-elected in 2014, 2016, 2018 and 2020 to the California State Assembly representing the 22nd District in San Mateo County. On December 7, 2020 he was sworn in as Assembly Speaker pro Tem for the 2021-22 legislative session. As the #2 officer in the Assembly, he continues his role as part of Speaker Anthony Rendon’s leadership team and presides regularly over Assembly floor sessions. In this role, Kevin makes rulings on parliamentary inquiries and helps ensure bi-partisan cooperation and civility during Assembly business.

In Congress, Kevin will work to ensure the country follows California’s lead to end the sale of new gasoline motor vehicles by 2035 and to electrify public transit as CalTrain plans to do in its modernization plan. Elections reform and strengthening our democracy have been Kevin’s top priorities in the Assembly. In Congress, he will continue to defend our democracy from those who ignore the will of the people and the rule of law.