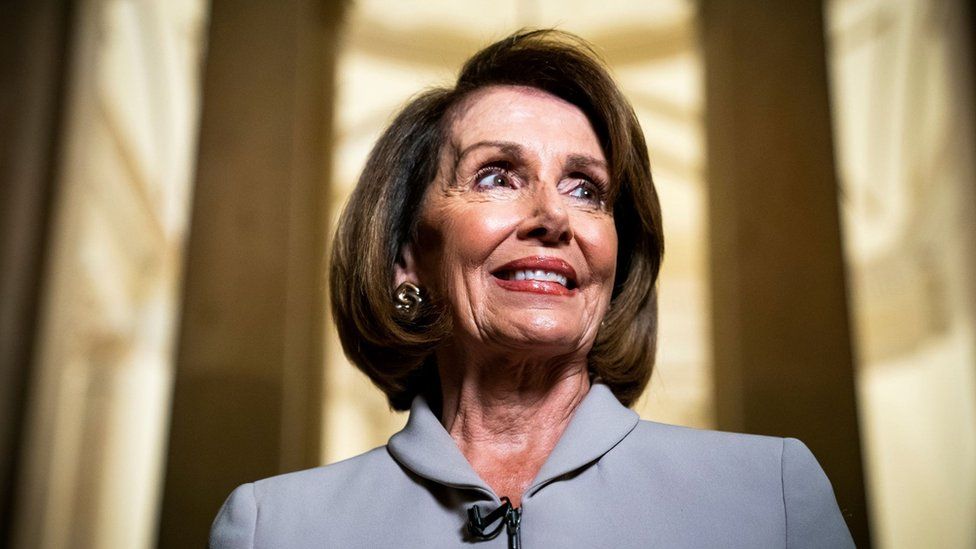 What has ‘champion of democracy’ wrought?

Despite earnest counsel from many quarters against going to Taiwan, including threatening warnings of dire consequences from Beijing, the Speaker of the US House of Representatives, Nancy Pelosi, insisted on making the trip. She landed in Taipei in pitch-black conditions near midnight on Tuesday.

Her plane landed on the little-used Songshan Airport close to the Taipei city center. The runway and other lights on the ground were lowered just in case.

Her flight path from Malaysia took an exaggerated circular route over Indonesia and then around the east coast of the Philippines and landed in Taipei from the east. Thus she completely avoided China’s airspace over the South China Sea and the Chinese coastline.

Her flight took significantly longer than if she had simply flown directly by line of sight from Kuala Lumpur to Taipei. Apparently, an exact replica of the military aircraft did take off from KL hours earlier and flew directly to Taipei. We have to wonder how that crew must have felt as a decoy to test the resolve of China’s People’s Liberation Army.

So, other than burnishing her credentials as a champion of democracy and human rights – subject to further discussion later – what has her tour accomplished?

Well, President Tsai Ing-wen awarded Pelosi with the Order of Propitious Clouds, Taiwan’s highest civilian order. And the award came with a pretty turquoise sash worn across the body as if she were Miss California.

In fact, the pro-Democratic Progressive Party faction of the Taiwan media gushed enthusiastically over the beauty of Pelosi when she was young, repeatedly showing a photo of her standing with then-president John F Kennedy, who was giving her an appreciative ogle.

Other members of the Taiwan media were less complimentary and flattering. One commentator observed that Pelosi promised more security for Taiwan. Yet as a result of her visit, the tension across the Strait has heightened, and now people in Taiwan face frequent fighter-jet incursions from the mainland. Taiwan has become less secure.

Another said that the cross-Strait problems should have been left to the two sides to resolve and not commandeered by the US. Now, he lamented, “We have been reduced to a chess piece between two great powers.”

Yet another asked the rhetorical question: “Can Taiwan become the next Ukraine?” Heretofore, we have been secure and peaceful and faced no risk of war across the Strait, he said. But the Western media are pushing Taiwan to the front line of conflict.

The response from the mainland was for its customs authority to announce suspension of imports from Taiwan encompassing more than 3,000 products, most of which are foodstuffs and agricultural goods. The announcement came on the eve of Pelosi’s arrival and will likely incur heavy losses and put a dent in the trade surplus Taiwan normally enjoys.

Tsai’s government is supposed to have realized the possible consequential fallout of heavy economic losses and had quietly asked Pelosi if she could consider not coming, but to no avail.

It’s not as if Pelosi was unaware of the potential damage and negative consequences of her visit. On the eve of her departure from the US, voters in her own congressional district demonstrated in front of her office asking her not to visit Taiwan.

She also elicited vocal protest in Taipei after her arrival. One sign read, “War Speaker Pelosi get out of Taipei.” Laotaipo, “old woman,” is one of the nicer name-callings for her. Less kind, some thought of the US military transport as her personal broom to fly into Taipei.

China’s show of displeasure came with the announced live-fire drills commencing shortly after Pelosi’s departure for South Korea. The drills will in essence surround the entire island and threaten Taiwan in every direction. Pelosi’s visit has given China an excuse to do a practice run for a potential future invasion.

No wonder Republican members of Congress, while enthusiastically encouraging her and voicing their support for her trip to Taiwan, all found reasons to stay home and not join her. Only former secretary of state Mike Pompeo volunteered to make it a bipartisan tour, but apparently no one cared for his company.

One final measure of the popularity of Pelosi’s foray to Taiwan is South Korean President Yoon Suk-yeol informing her that he is on vacation and can’t take the time to see her.

Since being elected president, it took less than three months for Yoon’s popularity to drop below 30%. He could see the reaction Pelosi got from Taiwan and saw no upside for him to meet with her.

Pelosi has represented the city of San Francisco in Congress for well over three decades. During this time, she has risen in seniority to become the Speaker of the House, two steps from the presidency. She has also taken on the mantle as a champion of democracy and human rights.

In her more than 30 years of public service, we have seen the institution of democracy in America erode and deteriorate to the point of gridlock and impasse. True, it would not be fair to blame it all on her. It took many petty politicians to make the mess that we Americans are in, but she is one of them.

During her term of office, the blight of her district has worsened every year. San Francisco has become the major city with the worst homeless problem in all of the US. The sidewalks, doorways and public areas are just gross beyond description.

Nancy Pelosi apparently cares about human rights as far away as China but not much in San Francisco.