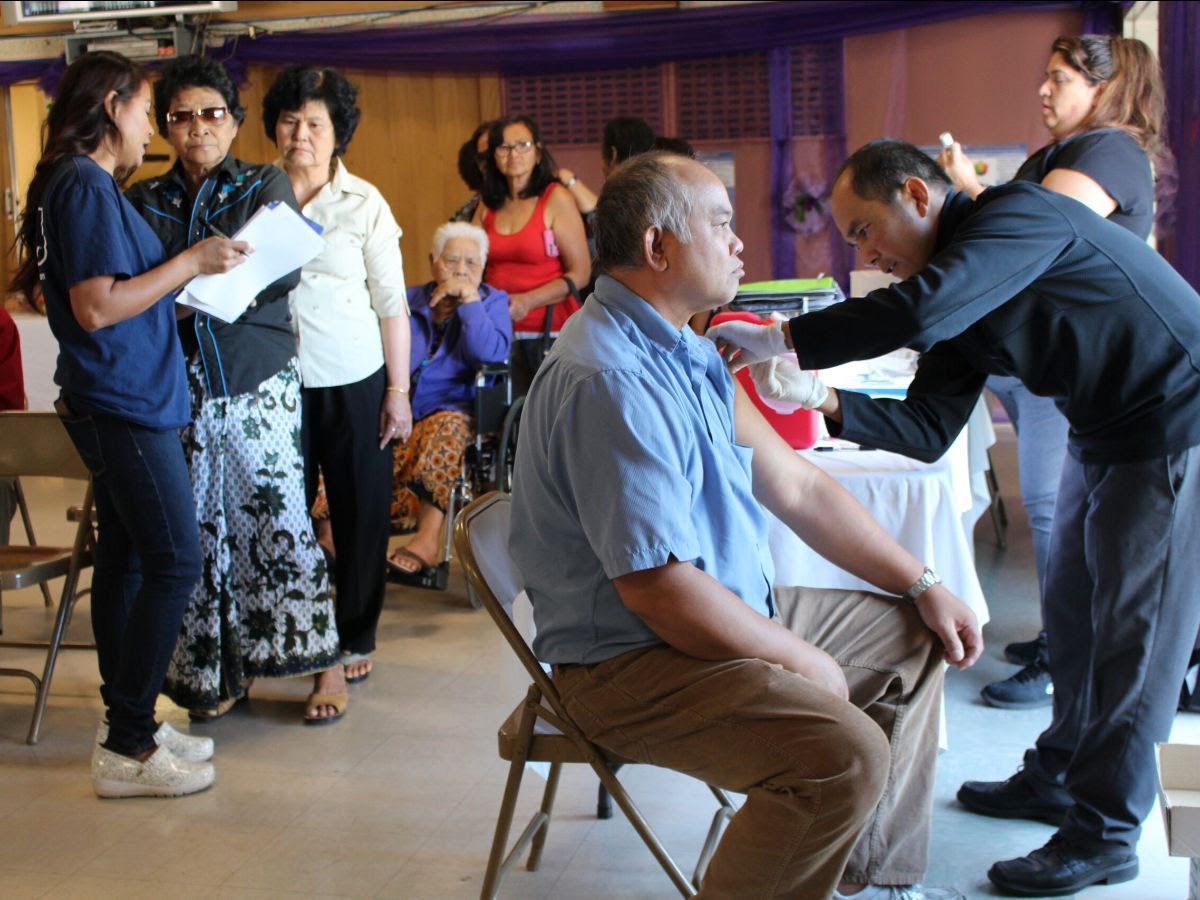 San Joaquin County, a largely agrarian region in California’s Central Valley, has a glorious diversity of cultures. More than 40 percent of the county’s population is Hispanic. The region is also home to immigrants from several Southeast Asian countries.

“I live, work, and play in this county and I love it for its diversity,” said Park, noting however that there are numerous cultural, linguistic, and geographic challenges involved in getting credible information about Covid-19 to residents, and also getting them vaccinated, boosted, and tested.

San Joaquin County has recorded 187,934 Covid infections to date. But Park believes this is a “serious undercount” as it represents only those who went to clinics and pharmacies to get tested. People who took tests at home, even those who tested positive, are not recorded in this data.

Sadly, the county has also counted 2,270 deaths from Covid. It has also recorded more than 25,000 cases of long Covid, symptoms that last more than one month after infection.

But fewer than two-thirds of San Joaquin County residents are fully vaccinated, and booster rates are also low, noted Park. “We have tried to drive those numbers up,” she said, noting that the county has created pop-up vaccination clinics where people live and work, including farm-worker housing units, low-income housing developments, veterans service centers, and homeless encampments.

“We have tried to reach the people most at risk,” said Park, noting that the county has also secured funds to provide Lyft and Uber rides to get people to vaccination clinics.

Vaccination rates are low in the Black, Hispanic, and White communities: fewer than half are fully vaccinated. Asian Americans in the county have the highest vaccination rates at 70 percent.

“When the Covid-19 pandemic began, we knew it was going to disproportionately affect the Latino community. We are essential workers who did not stay at home during lockdown,” said Jose Rodriguez, president of El Concilio. “We are a working-class community with limited access to health care.”

El Concilio partnered with the NAACP, Little Manila Rising, and Apsara to reach hard-to-reach communities in San Joaquin County. The coalition of organizations was able to deliver vaccines and information at sites like the Sunday flea market. El Concilio also advocated for childcare services and other necessities at vaccination pop-up sites.

“Our concern now is that the momentum is diminishing,” said Rodriguez, noting that once mask mandates were ended, people took the crisis less seriously. “Going into fall, we know there will be another surge,” he said.

Kevin Sunga, health director for Little Manila Rising, noted that San Joaquin County was once home to the largest population of Filipinos outside the Philippines. The organization serves the needs of more than 82,000 people.

Vaccine information is largely not available in Tagalog, he said. Elderly people can’t go online to make appointments and lack smart phones or do not know how to use them to make an appointment, said Sunga. He himself has helped multiple older adults make appointments using his own phone. “They feel frustrated with the difficulty of the process.”

Little Manila Rising has facilitated over 1,500 vaccinations. The organization has also canvassed door to door to curb the spread of misinformation. Sunga said he hopes public health agencies in the region will next focus on underlying conditions that make people more vulnerable to hospitalizations and deaths from Covid, including asthma and diabetes. He also hopes there will be an expansion of mental health services.

Sothea Ung, program director for Apsara, which serves the Cambodian community, noted that mental health services are critical. Most of his clients have fled war-torn regions where they faced atrocities. They continue to struggle with the trauma of their past.

Ung, like Sunga, noted the lack of vaccine information available in languages his community speaks. Compounding the issue is that many of his clients cannot read or write even in their native language, he said. They thus become particularly vulnerable to disinformation.

Vaccine clinics are available, but if they are far from home, people won’t go, said Ung, noting that the predominance of gun violence on the streets makes people stay at home after dark.

“The health care system is lacking in so many ways. It is not equipped for diversity,” said Ung. “Community-based organizations can build that bridge. We need to build long-term infrastructure and de-centralize funding. CBOS must be invited to the table.”

Zonnie Thompson, a community organizer with Faith in The Valley, works with San Joaquin County’s homeless population. Pre-Covid, 925 people were un-housed in the county. That number jumped to between 3,000 and 5,000 amid the pandemic.

Homeless encampments became Covid hotspots, said Thompson, noting that people who lived in encampments were reluctant to go to clinics because they had no health insurance.

Clean water is an especially troubling concern. Those who live under freeways face the constant threat of dirt and grime from passing cars falling into their water supplies. “It is really a struggle to present yourself in an acceptable way to go for a job,” said Thompson.

Nik Worrell, who was un-housed during much of the pandemic, but now has a home, said he has had Covid five times, at least three times when he was homeless. “There are a lot of folks living on the outskirts. No one comes by to vaccinate us,” said Worrell.

Currently, Worrell is unable to get boosted because he cannot find his vaccination card to prove he took the initial rounds. Park mentioned that the county could look him up by name and possibly provide a duplicate card but acknowledged it would be an arduous process.

All speakers noted the slump in booster rates. Park said people were waiting for a better booster, which may address some of the subvariants. Ung said his community was seeing boosted people who were nevertheless getting sick and dying. “They are saying: ‘we have had enough.’”