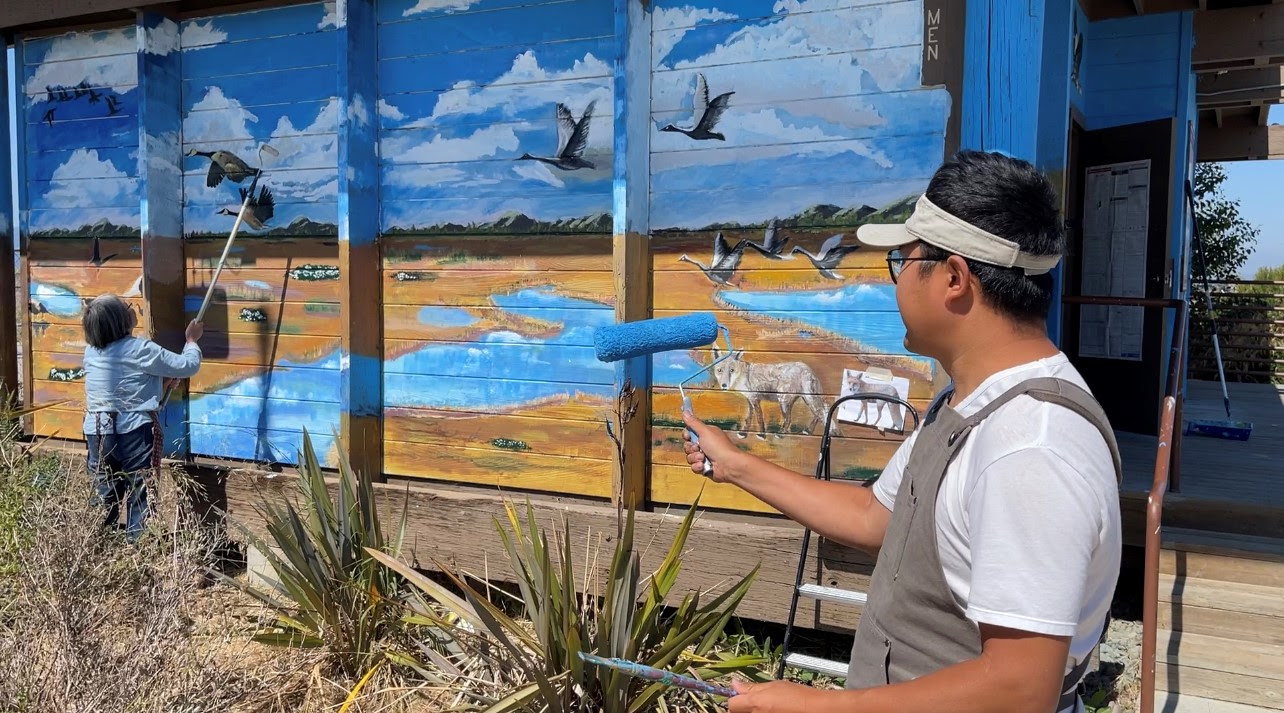 “The murals not only serve to beautify the environment they will also provide a lasting representation of the parks’ habitats for future park visitors,” said Don Rocha, Director of the Santa Clara County Parks and Recreation Department. “Partnerships that engage the community and local youth help create an appreciation for the natural resources and wildlife in our County parks.”

CompassPoint Mentorship collaborated with County Parks on the murals’ designs and raised donations to fund the work. The community organization selected the artist and included student painters from its summer camp program at the Alviso Yacht Club to help with the artwork.

“The Alviso Marina mural represents more than just artwork or an educational experience for the campers,” said Catherine Liu, Executive Director of CompassPoint Mentorship. “When our students lift up the paintbrush, they are connecting with the community around them and taking part in a larger conversation around how we can all be good stewards of the environment.”

The Alviso Marina mural surrounds the public restrooms building on all four sides with picturesque views of landscapes and wildlife found in and around the park location. One side of the building depicts the wetlands and images of the Harbor Seal, Muskrat, and Salt Harvest Mouse. On other walls, park visitors are treated to bright blue skies and images of the American White Pelican or the Northern Harrier taking flight.

Park visitors will have the unique opportunity to observe the second mural’s creation when Xiangfei Bai begins painting at Stevens Creek County Park during the first week of August. The artwork will depict a scenic view of the rolling hills nestled behind the various woodlands in the park. Diverse wildlife will be prominently featured in the painting, such as a Black-tailed Deer, Arboreal Salamander, and the American Dipper, a bird, and a specialty of this park, commonly found along streams.

“I want to thank County Parks and CompassPoint Mentorship for spearheading this exciting project, and Valley Water, Green Waste, and AlphaX for their donations that made this outdoor artwork possible,” said Supervisor Otto Lee, who contributed funding toward the Alviso mural. “I take great pleasure in knowing that through valuable partnerships like this, we have helped bring to life these distinctive pieces of art to be admired by park visitors for decades to come.”