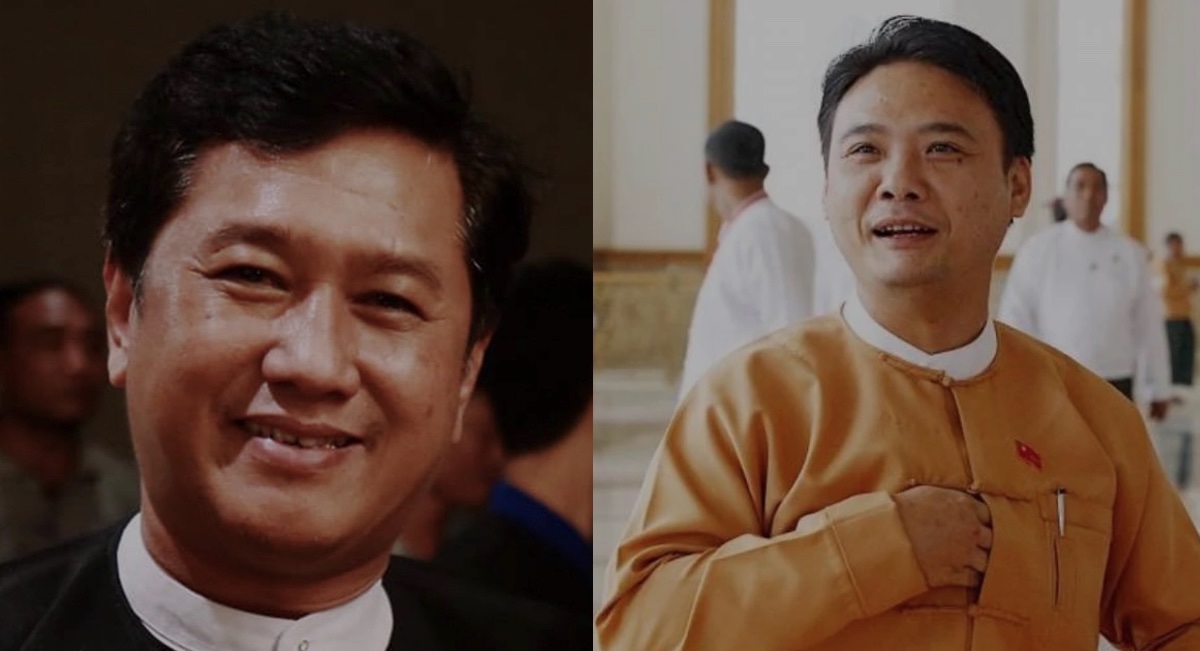 Image: Kyaw Min Yu, or Ko Jimmy (left), and hip-hop artist turned politician Phyo Zeya Thaw were executed along with two other prodemocracy activists by the military regime in Myanmar this past week.

Thakhin Kai Bwor wasn’t surprised by news of the execution of four pro-democracy activists in Myanmar (also known as Burma) this past week. About a month ago, he says, the country’s military-led government leaked messaging that it would take this step.

But Bwor, editor along with his wife of the Myanmar Gazette, the only Burmese-language newspaper in the U.S., says the regime in Myanmar is “cunning,” and that its reasons for the executions are likely multifaceted.

“They leaked a message that they will execute, and people started protesting, sending letters or something like that,” says Bwor. “Finally, they did the executions. They want people upset at the violence. So, if people start doing violence in response they can use it as an excuse. They are very cunning.”

News of the executions has made international headlines and has drawn heavy condemnation from the United Nations and world leaders. Among those executed were prominent figures including Kyaw Min Yu, or Ko Jimmy (53) as he was known, and hip-hop artist turned politician Phyo Zeya Thaw (41). The executions were carried out in secret following a closed-door trial that human rights groups have slammed as being unjust.

Relatives say they have yet to receive the bodies, with some suspecting the government having already cremated the remains.

Bwor is equally suspicious, wondering aloud if news of the executions is “part of some trick” by the regime to sow chaos within the country to justify its hold on power. That suspicion is one sign of how autocratic governments like the one in Myanmar leverage fear and confusion in equal parts to keep the population off balance.

But Bwor says he expects the executions to continue, noting the junta in Burma maintains a list of some 450 individuals presumably targeted for their involvement in anti-government activities. And he says the Burmese community here in the U.S. is already planning protests in cities across the country to bring attention to events in their homeland.

“Burmese people started protesting in front of the embassies when they heard about the executions. We’re very upset. We have to take action somehow,” he said.

Bwor launched his monthly newspaper in 2006, a period he says when prospects for democracy in Myanmar were brighter than they are today. He and his wife SweSwe, who he met after arriving in California in 2001, run the publication out of their home in Canoga Park, Los Angeles, providing Burmese communities in California and other states with a mix of community news and practical information on navigating everything from health and immigration systems to where to find the nearest Burmese eateries.

According to the Pew Research Center, some 177,700 Burmese migrants arrived in the U.S. as refugees between 2002 and 2019, making up the largest percentage of asylum seekers in the country. And much like their homeland – there are 135 distinct ethnic groups in the country – Burmese living in the U.S. are an ethnically and religiously diverse group, speaking a multitude of dialects and divided between Buddhists, Muslims, and Christians.

For Bwor, that diversity means that on any given print run, his paper might feature coverage of Eid feasts celebrating the end of the Muslim holy month of Ramadan, or special events at a local Buddhist temple. Bwor says his 15 years running the paper has earned him the trust of these communities, which have often been, and in some cases still are, in conflict with one another in Burma.

“They respect me because I help the refugees who are applying for asylum or living under Temporary Protected Status. Most of them need information and they ask me. I don’t have any problem as a journalist,” says Bwor. “Even if I knock on the door… well, sometimes I don’t even need to knock on the door.”

Bwor notes that even members of the Muslim Rohingya community, which human rights groups say has been the victim of a concerted ethnic cleansing campaign by the Burmese government, have taken him in.

But the Burmese diaspora’s diversity also means that views on events in Burma can differ, sometimes sharply. Bwor points to a trip last year by a high-ranking Burmese general to Russia accompanied by one of the country’s most senior Buddhist monks. He says the closeness between the junta and segments of the Buddhist order there is sometimes echoed in conversations among some monks living here in the US.

“Some monasteries here support the regime,” he says, “and some don’t.”

Bwor speaks from a rental car that he’s driven from Salt Lake City with his family to visit Yellowstone National Park in Wyoming. He laughs as he talks about being on vacation while having to spend much of his time in meetings on Zoom or over the phone, an ever in demand go-to conduit of information for local Burmese.

He is less sanguine, though, when it comes to the future of his homeland. “I’ve been living here as a U.S. citizen for over 20 years,” he says, “and things are changing.”

Myanmar sits smack dab in the middle of rising competition between the U.S. and China, and as tensions rise so too will U.S. interests in the country. Bwor says Myanmar is home to a deep sea port that China relies on for shipping, one he speculates the U.S. would attempt to blockade should conflict erupt in the region over issues including Taiwan.

He also notes China is widely suspected of arming ethnic rebels in the north of the country as part of a broader goal to maintain instability inside Myanmar – which shares a 1,500 mile long border with China – thereby giving Beijing more leverage.

Bwor points to the fighting in Ukraine and says much like that conflict Myanmar may find itself on the frontlines of a broader war. “One day it will be like Vietnam or South Korea,” he suggests, “maybe divided north or south, or into three or four countries.”

And as the violence continues under a government bent on suppression, Bwor wonders at the coming flood tide of refugees and his capacity to serve them. “It’s growing,” he says, “and I am only one media.”