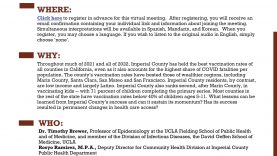 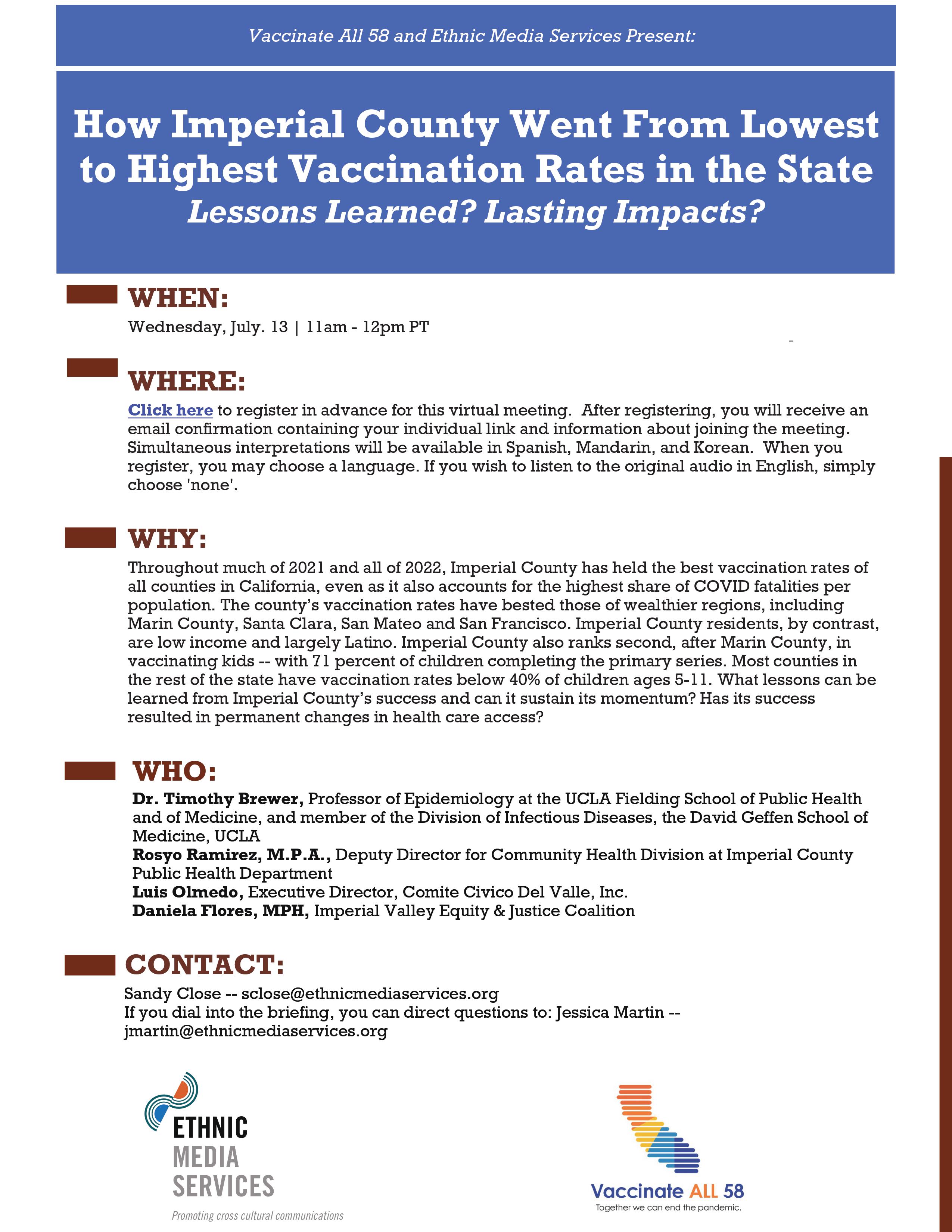 Throughout much of 2021 and all of 2022, Imperial County has held the best vaccination rates of all counties in California, even as it also accounts for for the highest share of Covid fatalities per population. The county’s vaccination rates have bested those of wealthiest regions, including Marin County, Santa Clara, San Mateo and San Francisco. Imperial County residents, by contrast, are low income and largely Latino.

Imperial County also ranks second, after Marin County, in vaccinating kids – with 71% of children completing the primary series. Most counties in the rest of the state have vaccination rates below 40% of children ages 5 – 11.

What lessons can be learned from Imperial County’s success and can it sustain its momentum? Has its success resulted in permanent changes in health care access?