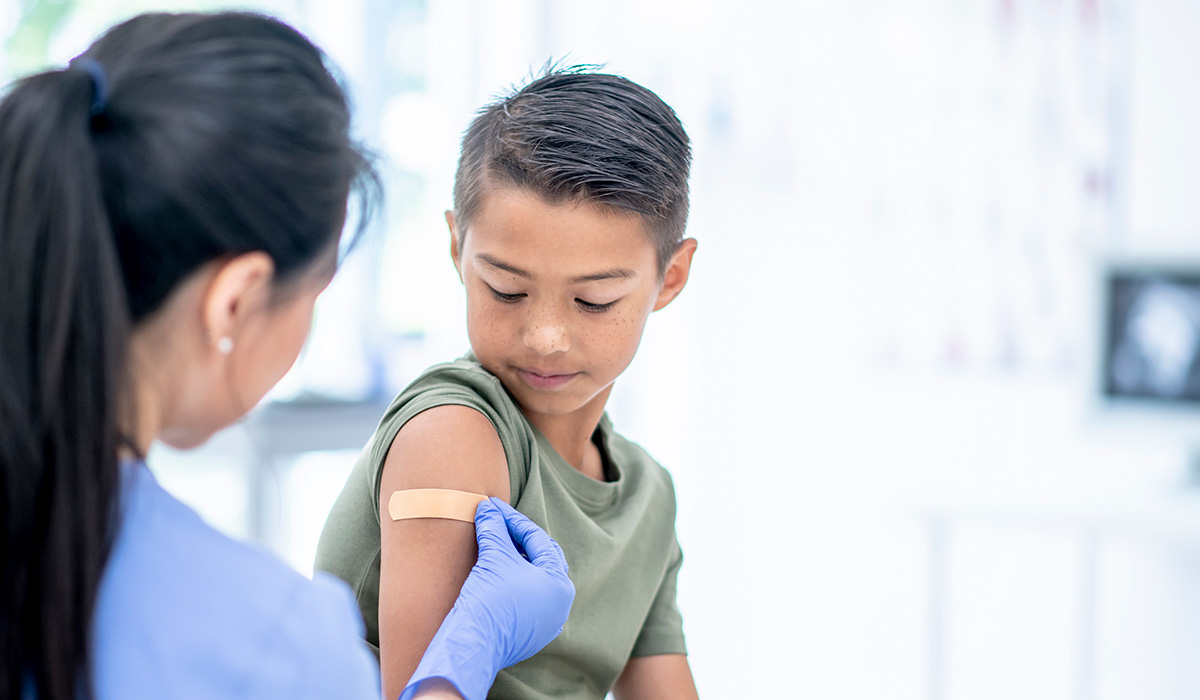 LOS ANGELES – At the Oscar Romero Clinic in Boyle Heights, a primarily Latino neighborhood in East Los Angeles, children arrive with a variety of symptoms.

Parents are in “tremendous denial,” according to Ruth Carleton Lindo, a pediatrician at the clinic. Many believe their little ones can’t catch the virus.

“This morning a little 4-year-old came in to get his regular vaccinations, but I noticed his heart was beating a bit fast, so I sent him for a Covid test: it came back positive,” said Lindo. “The parents hadn’t noticed anything and were very surprised.”

Others come in with body aches. “The other day a child came in with pain in one little foot,” she added. “It turned out to be Covid.”

It’s “shocking” for parents when they learn their children are infected with the virus, the pediatrician notes, given the amount of misinformation that continues to circulate within the Latino community.

Spanish-language articles, ads and programs routinely appear online and on social media, decrying the dangers of Covid vaccines, questioning their efficacy, or promoting alternative treatments known to be ineffective against the virus.

More than two years into the pandemic, Latinos remain among the most vulnerable population, overrepresented in frontline jobs that put them at increased risk of exposure.

That is particularly worrisome given the recent surge in infections fueled by the new B4 and B5 Omicron variants, now the dominant strains in the U.S. and more contagious than previous versions of the virus. And while hospitalization rates are lower—thanks to vaccines and boosters, as well as immunity from past infections—the new strains appear able to bypass the body’s immune system defenses.

California made vaccines available to children under 5 in June, and while the response from Latino parents has been generally enthusiastic, others remain skeptical.

“They come in with their little ones who have coughs and runny noses, and when I suggest testing, they say, ‘Oh no, it couldn’t be that,’” Lindo explains. “Many parents refuse the test: my child can’t have Covid.”

One persistent and especially pernicious rumor claims the vaccine causes infertility. While there’s been zero evidence of this from the science community, Lindo says some severe cases of Covid infections have been seen to impact male fertility.

“Most of the time they don’t tell me the exact reason, or I am given to understand that it is related to what they’ve heard on social media, or a friend told them something. Some even mention they’ve heard it in church,” explains Lindo.

“I try to make them aware of the high rates of spread in the community, that it’s an imminent danger, not theoretical. I try to get them to understand that the strain is very contagious and there is a high chance that their child will be infected,” she adds.

While the severity of Covid cases in children and adolescents tends to be much lower than in adults the risks are real, says Lindo.

“Children can have severe symptoms and die from Covid,” she notes. “Although it happens less than among older people, you can’t assume your child won’t get seriously ill. If you do, you’re playing Russian Roulette.”

Despite the dangers, tropes on social media often minimize or outright deny the facts, arguing that vaccines pose risks to children, that getting the vaccine is worse that contracting the virus, or that pharmaceutical companies are looking to cash in on the pandemic.

Parents influenced by such messages will often take the chance on milder infections, something Lindo warns against. “I always tell doubters that they can’t rely on that ‘mild’ case of Covid. It doesn’t work that way.”

Symptoms among children can include severe headaches or repeated vomiting, Lindo explains, adding that even in cases where symptoms are mild, Covid infections can result in long-term health problems.

Still, the recent approval of the Pfizer-BioNtech and Moderna vaccines for children under 5 years old has revealed lingering doubts among Latino parents about the vaccines.

According to a Kaiser Family Foundation survey, 38% of parents indicated they are taking a “wait and see” approach to vaccinating their youngest kids, while nearly 30% said they would not vaccinate them at all, no matter what.

For Lindo, those numbers tell only half the story.

“We just started with the campaign, and so far, the responses have been enthusiastic,” she says, adding that with the latest surge, people are becoming more open to being immunized. “I often hear parents say, ‘I didn’t realize my child could get it Covid.’”

This story is part of Myth Busters, a groundbreaking fellowship program coordinated by Ethnic Media Services and funded by the California Department of Public Health‘s VaccinateAll58 campaign to dispel myths about Covid 19 and vaccines in California’s Latino communities.