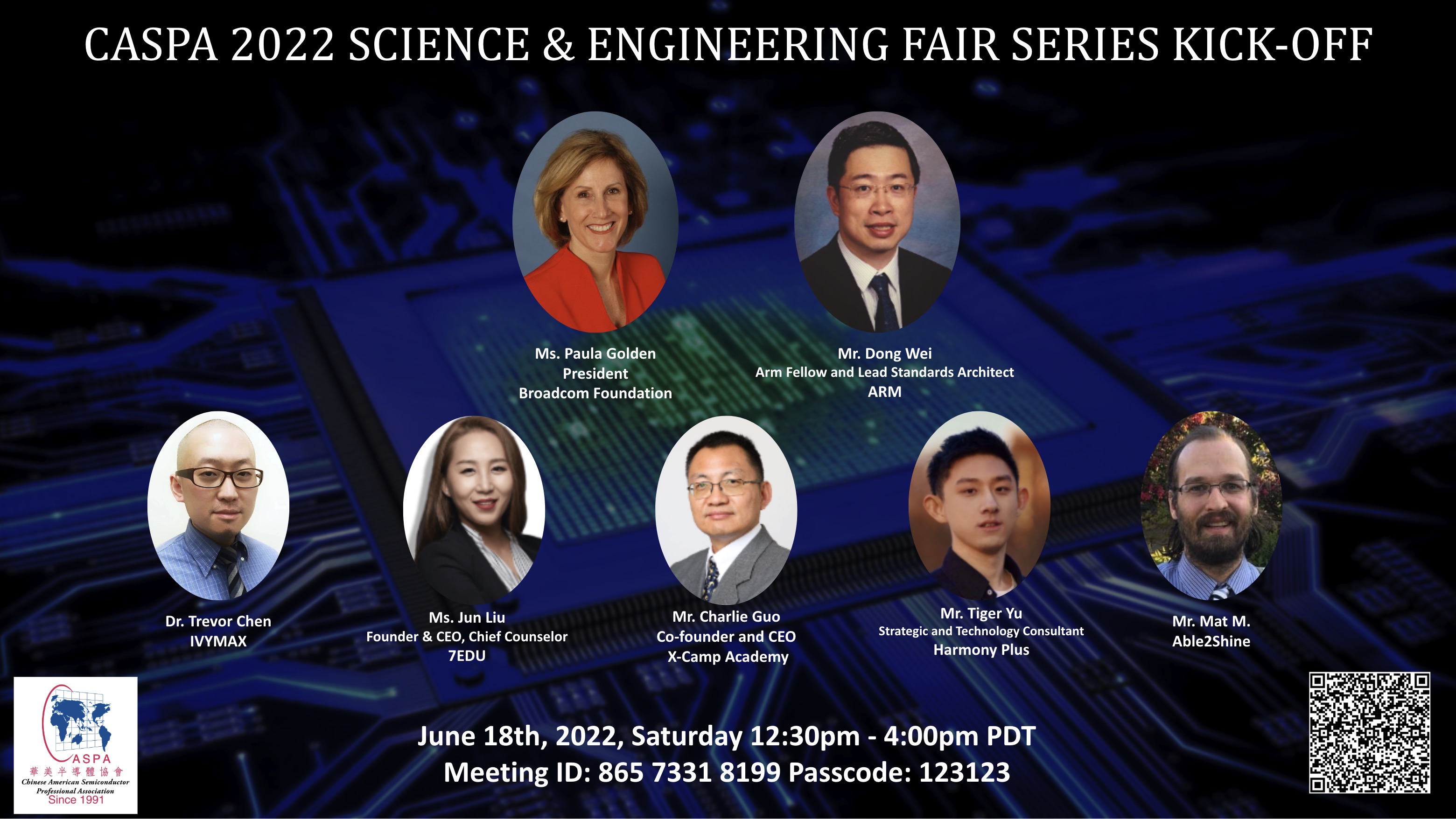 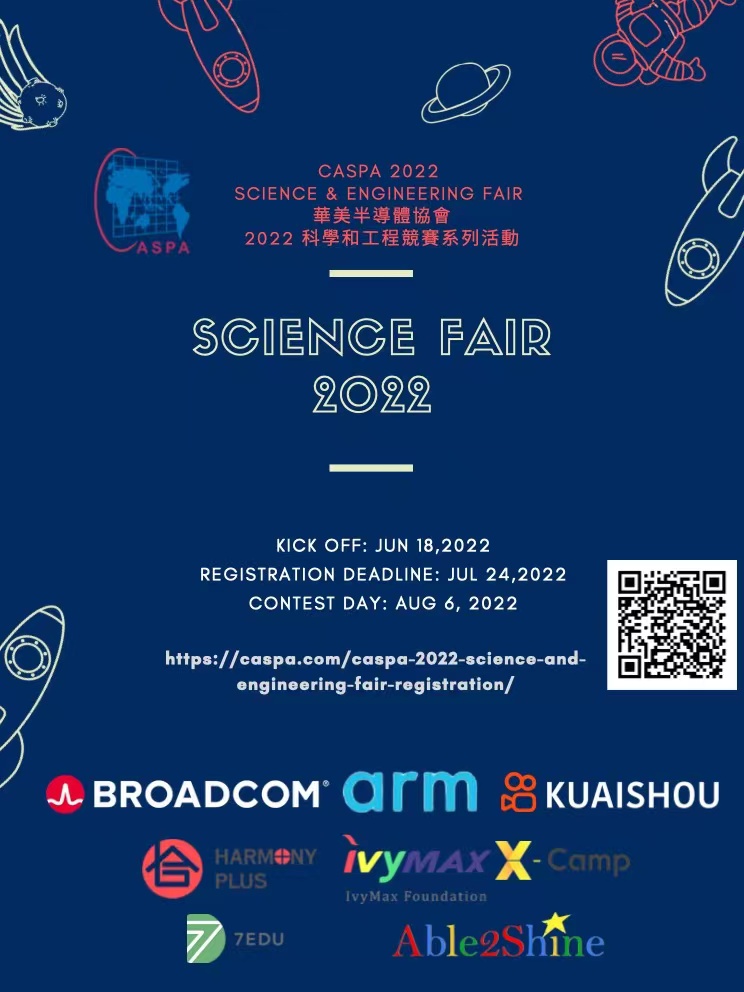 CASPA, the largest organization of Chinese semiconductor professionals in the US, hosted a press conference on 6/3/22 to consecrate its commitment to the advancement of STEM education. CASPA will partner with Broadcom Inc., a leading developer and manufacturer of semiconductors, along with its education community the Broadcom Foundation, in hosting the 2022 Science and Engineering Fair for the youths in Silicon Valley.

Since the birth of the first transistor in 1947, semiconductors are now ubiquitous in today’s world. Many even laud it as the “new petroleum”, emphasizing its vital role in human industry.

On the topic of Science and Engineering Fairs, Paula affirms that as an organization, the Broadcom Foundation is focused on enabling the youths and providing them with opportunities to experience the technologies of the 21st century. From searching databases to presenting an independent investigation, the development of such skills is sorely lacking in schools. As tomorrow’s young professionals, youths today lack confidence, precisely due to the passive mode of knowledge acquisition in a traditional classroom. In response, the foundation advocates for project based learning along with programming as a means of self expression. Going a step further, the foundation encourages expressions of passion to make the world a better place, promotes active citizenship and civic engagement through the initiative Coding with Commitment, whose success and influence in the past 11 years is evident to all.

Established in 2009, the Broadcom Foundation is a founding member of the US National STEM Funders Network and has been a major proponent of STEM education in both the US and Israel. The science competitions BroadcomMasters® and BroadcomMasters® International hosted by the Broadcom Foundation are premiere opportunities for high school students in the US and around the world to compete in science and engineering.

The Broadcom Corporation is a Fortune 500 company, a leading provider of semiconductor solutions to wired and wireless communication globally.

The president of CASPA, HaoHua, identifies the main goals of the event as community building and establishing a stronger connection between STEM education and the practical problem solving of the industry. One impressive project last year managed to integrate the fire alarm system to the home security system to automatically alert emergency responders.

The co-presidents of the Science and Engineering Fair, Lingzhi and XiaoYan, indicate that ARM, honored as the crown jewel of the global computer chip industry, will also accept the invitation and bolster the variety of the offerings this year. ARM will sponsor training and projects based on the Micro:bit, and will host a competitive event for the teenager bracket.

ARM fellow and Standards Architect, Dong Wei, states that the clear delimitation between hardware and software has long given way to the discipline of computer engineering, demanding close integration of knowledge in both. This development further accentuates the vital role of teamwork, and bestows another layer of importance to the Science and Engineering Fair as a foundry of interdisciplinary collaboration.

Founded in Cambridge, ARM is the leading global designer of the Instruction Set Architecture, commanding 95% of the market. In addition, ARM holds indispensable patents to chip manufacturing, licensing its designs to household names such as Apple, Intel, Samsung, and Huawei.

Danny, the former president of CASPA and current board member, explains that compared to the previous hardware used by the CASPA Science and Engineering Fair, the Raspberry Pi, the Micro:bit serves a different niche in STEM education. Whereas the Raspberry Pi is a standalone computing unit, supporting programming out of the box, the Micro:bit would need a connection to a computer to be programmed, and has a systematic course developed for it by ARM.

ARM representative Chloe states that the Micro:bit will be used to construct an ocean health monitor, with the final product taking the form of a boat.  The students will showcase their results in a pool, with the hope that while partaking in the competition, the students could also enjoy a splash of Summer.