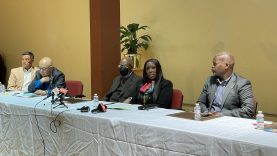 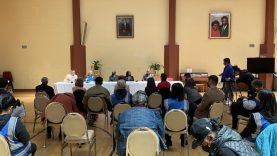 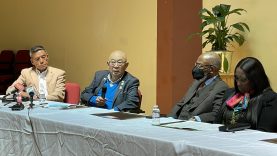 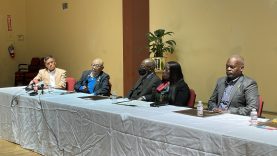 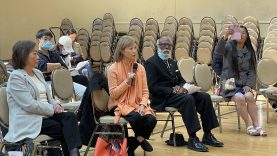 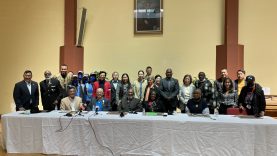 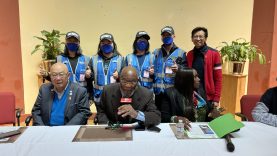 On Monday, May 9, 2022, at 1 PM, NAACP leaders, Dr. Amos Brown, Captain Yulanda Williams and SFCAUSE held a press conference to urge San Francisco elected officials and the Black community to join them in  stopping anti-Asian hate and specifically Black on Asian crime. The NAACP was calling on Mayor Breed  to issue a Moratorium on hate crimes across the City. It was a first joint effort bringing the Black and  AAPI communities together as one voice to address hate crimes.

The NAACP leaders declared that they stand in solidarity with their sisters and brothers in the AAPI  community to denounce the racism, racial supremacy, and racially motivated violence. They insisted on  embracing peace and love for all.

The NAACP leaders also mentioned that they stand together to call for members of the Black community  to recognize the dehumanizing effect racism. The leaders called on Mayor Breed, the Board of  Supervisors and all the elected officials to take action – to speak out against growing racially motivated  violence and all forms of violence that are motivated by ethnic hate towards Asians or perpetrated against  those who appear to be vulnerable.

During the press conference, Dr. Amos Brown mentioned that this growing racially motivated violence  are issues, and it must stop. In addition, the representatives of both the AAPI and Black communities also  declared that people would go far if they get together.

Finally, the NAACP leaders called for their entire community to join a collaboration with them to fight  racially motivated violence against the AAPI community and add their voices to the call for action. Their  community will continue to fight for: equal justice under the law, inclusive health care, no discrimination  in the workplace, better housing, and to be included in all areas of the civic life.

The African-American and Asian-American communities have long been united in the fight for equality, fairness of opportunity, equity, freedom from discrimination, and full inclusion in American life. Our communities have much more in common with each other than the small differences some would seek to use to wedge us apart.

We are grateful for the Black leaders who have stepped forward to call for a moratorium on racially motivated crimes against Asian Americans, Native Hawaiians, and Pacific Islanders. We thank our Black brothers and sisters for calling on all elected officials to lead by example and denounce anti-Asian hate crimes. This is true leadership, this is true solidarity.

We know that America’s promise can only be fulfilled when many of us come together as one. As we have in the past, as Asian-American leaders, we pledge continued support and alignment with our African-American friends. Together with our Black neighbors, we will continue to fight for: equal justice under the law, inclusive health care, no discrimination in the workplace, better housing, and to be included in all areas of our common civic life. We are stronger together, and together we will go far.