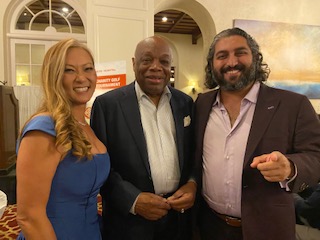 Chinese Hospital in the heart of San Francisco’s Chinatown has served this underserved community for decades of medical treatment.   Annually, a group of concerned citizens help raise funds for the hospital by throwing a popular Golf Tournament and celebration awards dinner following.  Once led by fervid supporter Rose Pak with former mayor Ed Lee, this has been a prime example of people coming together to support a good cause.  Supporters either come to play or add signage to the golf tournament, or act as sponsors at the post-golf dinner. 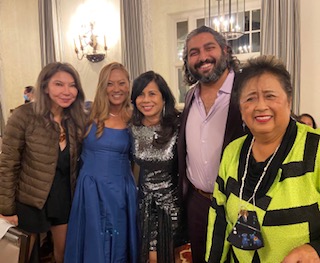 This year Elizabeth Pang Fullerton led the call to service, and with a promised matching grant, at the end of the day, it was announced that preliminary counting nailed the proceeds to run over $640,000. Over 120  golfers played the Olympic Club of San Francisco’s two courses and were greeted upon arrival with a nice continental breakfast.  A golf package filled with gifts including masks and digital thermometer was handed out to happy golfers, in addition to a mini golf bag and golf shirt emblazoned with the Chinese Hospital logo. Donor IChina Restaurant gave a very practical gift of a bottle of hand sanitizer with convenient hook for one’s golf bag. 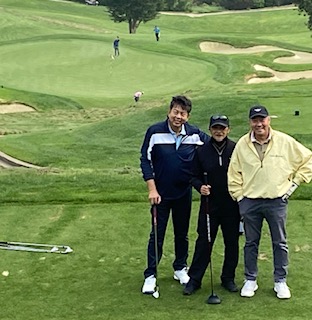 All of the golfers were treated to the Olympic Club’s famous Hot Dog Burger , its own creation of a a hamburger patty served in a hot dog bun.  This has been a famed tradition food item served only at the Olympic club for many decades, and accompanying golfers George Chen and Russell Leong joined us in devouring this club special. 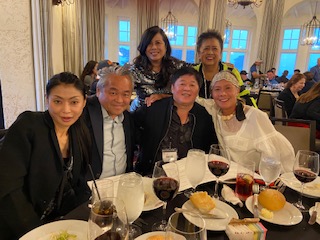 Following the golf tournament, jolly spirit among golfers and party goers alike was evident among everyone, all of whom competed vehemently for the Live auction prizes which brought in over $35K among the active bidders.  Former Mayor Willie Brown with his own winning style as auctioneer kept the action going with Aaron Peskin. Exciting auction items included VIP dinners at China Live, Empress by Boon, Chef Chu’s of Los Altos, Straits and IChina.  It was evident from the speeches by the Chinese Hospital Executive Director and Chair Elizabeth Fullerton that this was a very important benefit event to help the Chinese Hospital’s coffers.  Active bidding among her very active committee kept the live auction prizes bringing in thousands of dollars, much to everyone’s happiness. 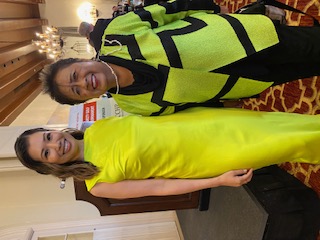 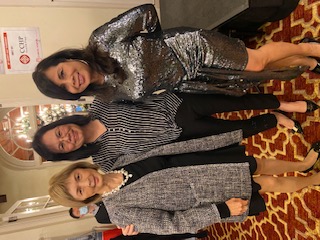 Chinese Hospital has a long history of serving the underserved Chinatown community in San Francisco.  Let me lead a round of applause to all who have continued to support the Hospital with this tournament with attendance and donations.  Congratulations to all of the tournament winners who braved San Francisco’s ever ominous fog filtering in and out which sometimes even made the holes almost unrecognizable to neophyte golfers like my daughter Kelly and myself who enjoyed the ambiance and fulfillment of a beautiful round of golf on the famed Olympic Club grounds. 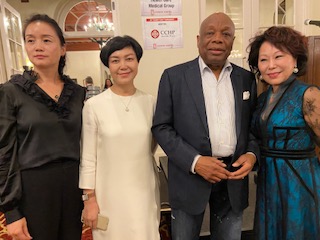 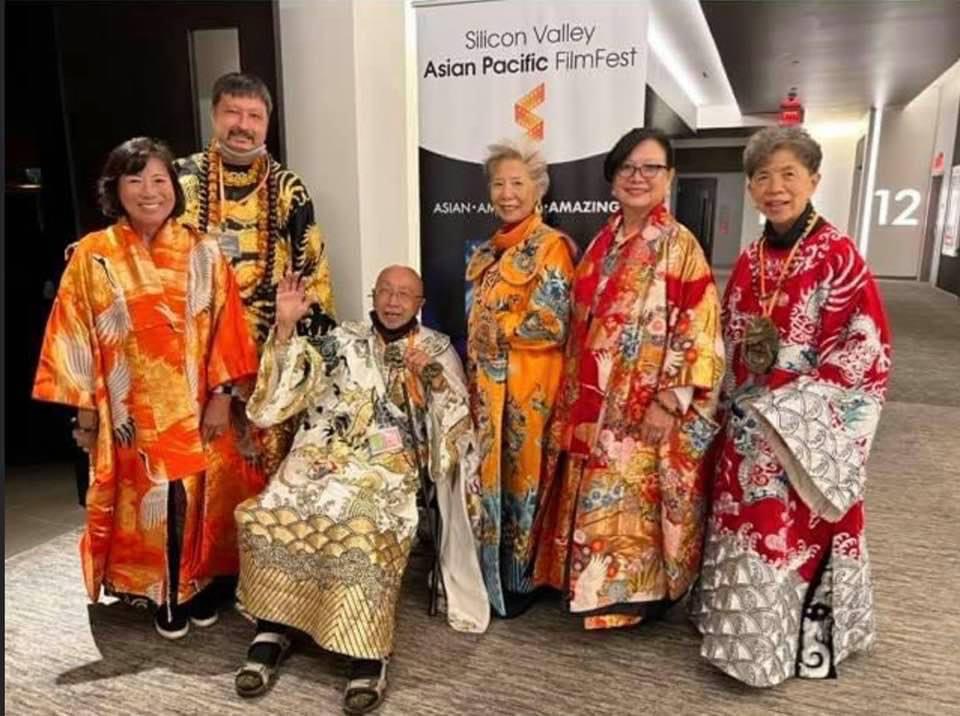 Sunnyvale’s new AMC theater in the heart of downtown was the scene of the 2021  Asian Pacific American Film Fest and it was my first time inside an actual movie theater since pre-pandemic days. Opening night of the film fest started out glamorously being greeted by the beautifully Chinese robed ushers Ginger Lai and Brenda Wong among others, and led by their infamous leader Nathan Louie, robed as an Emperor himself.  The fun kung fu action film, PAPER TIGER was opening night’s special and attendees were delighted to meet the director and producers in a post movie q and a session.   The film was set in Seattle, Washington, and as the director explained, it was ten years in the making because they wanted to feature an Asian in the leading role and this has not always been an easy route to follow for independent film makers. 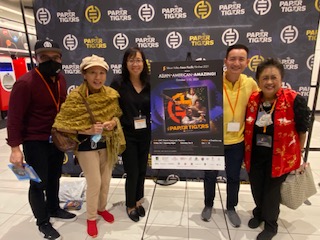 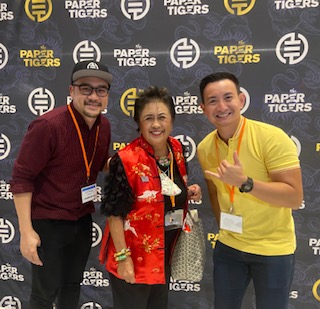 On the second night of the Film fest, it was a glamorous fun filled evening watching the films by Marc Pomerleau .  His film SEEKING HOME told of his own life experiences traveling around the world, and to find roots in San Francisco’s Chinatown which he now leads tours of.  Second film showing was of Empress Cynthia Yee where she told about her growing up in San Francisco’s Chinatown, and was led by her mentor, Dorothy Toy Fong, to a life of being a part of a dance troupe of Chinese dance performers who went around the world.  She told of performing in her old hometown of San Francisco in the local nightclub scene which was very popular in the 1940-60s. Her special accomplishment last year was establishing a museum of memorabilia from Chinatown’s Night Club entertainers which has proved to be very fascinating for visitors to see as part of Chinatown tours. 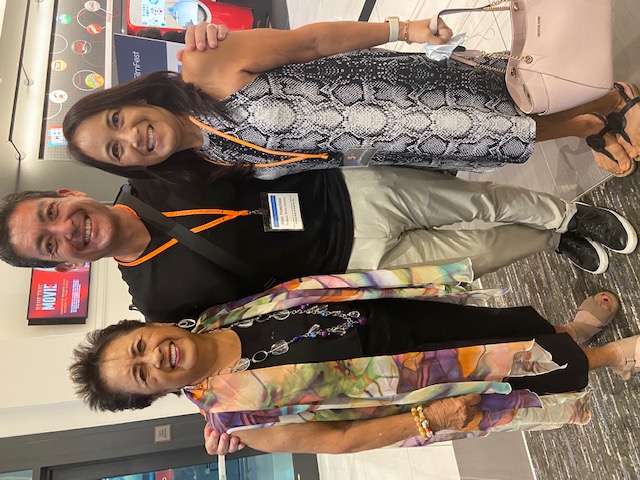 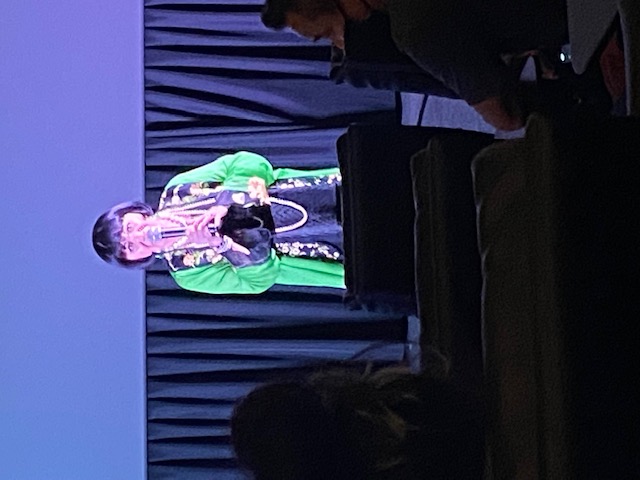 I was proud to be the moderator in the Question and Answer interview session with Marc Pomerleau and Cynthis Yee following the viewing of their films.  Enthusiastic audience questioners expressed their interest in the show business life that Cynthia experienced and how Chinese performers were received in an era of much discrimination. Marc told of the ignorance of so many tourists about the history of Chinese in America, and this was his goal to enlighten his visiting tour groups with some kind of insight into the struggles so many had during the early days of immigration. 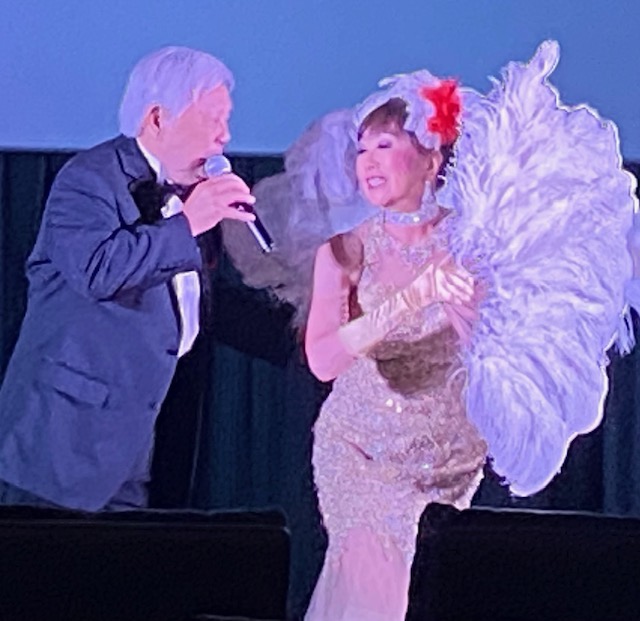 The highlight of the evening was a special performance of the GRANT AVENUE FOLLIES,  a dance team of senior Asian American women, who have been in great demand to perform in many cities, including Las Vegas. Which once started as an entertaining way to get exercise for the ladies, is now a happy go lucky dance group who have performed and brought dance excitement to Chinatown open street festivals this past summer. 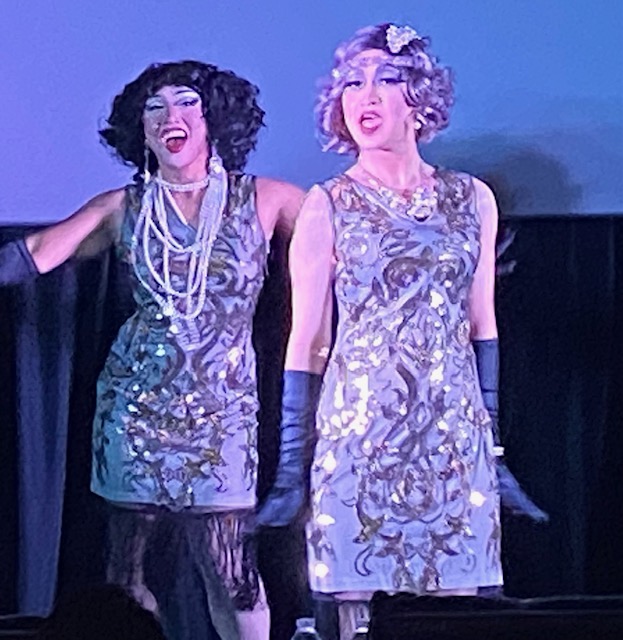 Their dance act was accompanied by the San Francisco based troupe RICE ROCKETTES whose humor and happy act won much applause from the enthused audience. 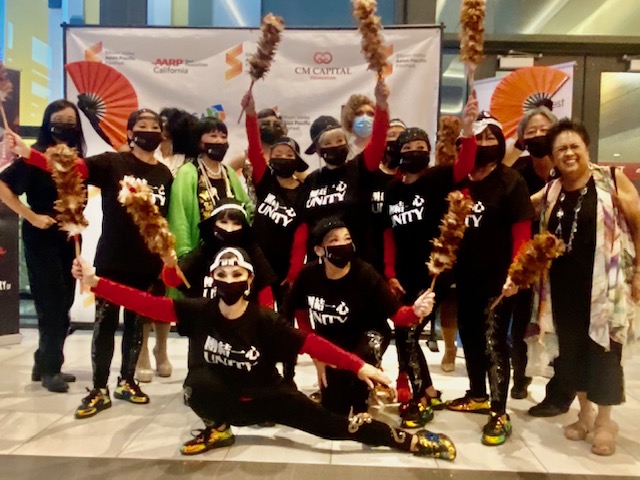 The Folles ended their live entertainment with their much acclaimed Gou Mou So act which uses feather dusters, once a popular disciplinary object Chinese parents used, to fight off anti-Asian hate  in an original prose and song.  Their act has gone viral on YouTube and social media and as Cynthia mentioned, she hopes someday to bring it to perform before the President.