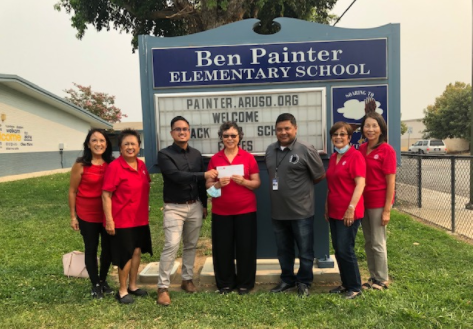 Just as a weary Principal Joseph Manluco was closing his first tiring week leading the staff at the  opening of the Ben Painter Elementary School in the Alum Rock  Elementary School District on August 20th, he was pleasantly surprised to be greeted by five red shirted ladies of the CHI AM CIRCLE.  Representing their 100 members of their Asian American women’s group, Co Presidents Gerrye Wong and Verna Wong , along with members Teddy Sue, Maria Lu and Kelly Matsuura, presented a $4450 check to help purchase needed Chromebooks for his 600 students  school. 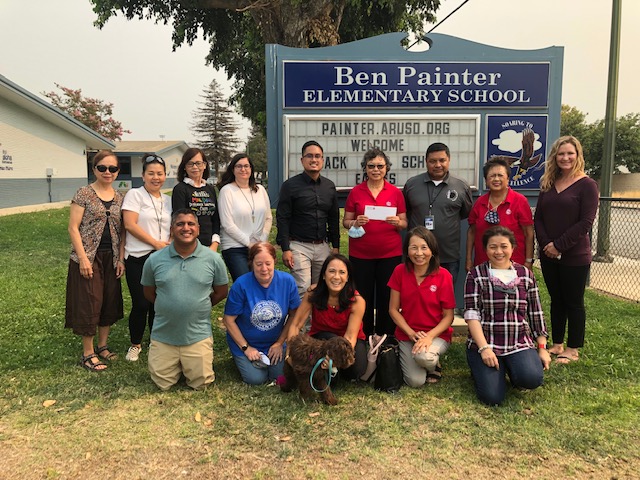 Club Co-Founder Gerrye Wong proudly boasted, “ For the past 5 years, Chi Am Circle has put together new backpacks for the needy students in the  Alum Rock School District, of which over 50% are Asian Americans.  This year, Principal Manluco notified Teddy Sue and Carol Yiu, chairwomen, that the new opt-in Vietnamese Dual Language program will have doubled in size, so the resourceful  ladies initiated a program “Laptops for Learners” to raise funds from its membership to help purchase Chromebooks for underserved schools such as Ben Painter where there is a significant need for technology.  Chi Am Circle is a 56 year old social service women’s group dedicated to supporting educational pursuits as shown by its 2021 annual Scholarship Program which awarded 41 high school seniors with grants totaling $119K this past May.” 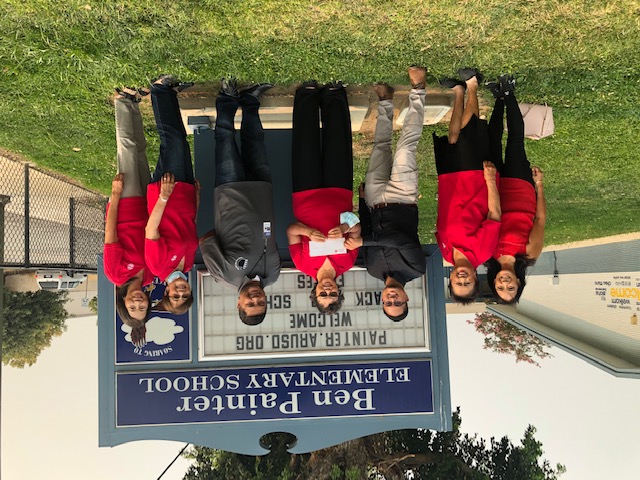 The Chi Am Circle ladies were welcomed by grateful staff members and the Alum Rock Assistant Superintendent, Rene Sanchez, during the check presentation, posing proudly together. Teddy Sue explains of the school programs, “This year’s pandemic caused us to cancel our Back to School Backpack Drive, so we decided to raise funds to give to the school to purchase the needed technical devices now so necessary to educate today’s students.  During the Covid virtual classrooms, many students were able to sign out Chromebooks to do their homework if they had no computers in the home to work through. “   Generous Chi Am Circle members are the key element to these successful fundraising drives with all donations, big or small, enabling to  maintain successful active scholarship grants to educational outreach efforts.

Chi Am Circle is a non-profit organization devoted to community service, social activities, and the preservation of cultural heritage since 1965. Its mission has always been to give back to the community with a focus on those underserved populations, and especially towards youth. Many of the high school scholarship winners in the past attended elementary and middle schools in San Jose’s East Side school districts such as Alum Rock Unified School District .  Thus for 8 years the club prepared and donated school supplies and brought them to underserved elementary schools like Ben Painter.  This year, the scholarship awards were awarded virtually with each recipient student speaking on camera to tell about themselves, their future goals, and their college plans.    I am very proud to be among the 10 original founders who started the Chi Am Circle in 1965 , who can look back and see  what an  admirable club it has grown to be. And will continue to be under new fine leadership. 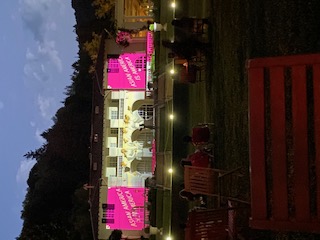 Saratoga’s beautiful grounds of Villa Montalvo Arts Center held enthusiastic supporters and patrons who came to witness the Grassroots public art project DEAR AMERICA on a warm summer evening under a crescent moon. At the August 12 culminating exhibition, lead Bay area artist Christy Chan said this project grew in response to the growing epidemic of violence against Asian Americans.  As the art lovers of Silicon Valley turned their eyes toward the beautiful mansion once owned by Californian politician James Duval Phelan, large scale Chinese-language artworks were projected on the historic villa. 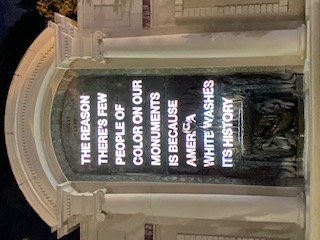 During Montalvo Board President Glen Osaka’s welcome greeting, it was interesting that he told the group that Mr. Phelan campaigned once with the racist slogan “Keep California White” and was active in the movement to restrict Japanese and Chinese immigration to the United States, advocating for the Chinese Exclusion Act, the 1924 Immigration act, and recommending the relocation of Japanese immigrants. With that history in mind, it seemed that holding DEAR AMERICA’S EVENT AT Montalvo was particularly significant. 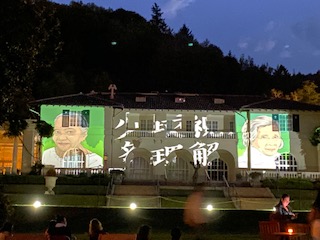 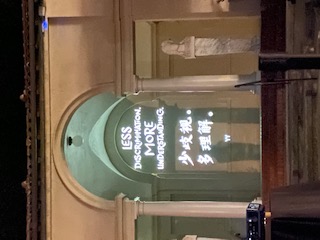 Before coming to Villa Montalvo as part of the Montalvo Arts Center events, the mobile artist-led initiative artworks of Asian American artists were projected on the walls of high-rise buildings throughout the Bay area – mostly without permission.  Projections 4 to 15 stories tall have beamed images and messages of resilience in English and eight different eight languages in downtown San Francisco, at Grace Cathedral in downtown San Jose, and in downtown Oakland. At the Montalvo showing, images were shown on three different building sites with patrons wandering around the estate grounds during the evening event. Thank you to Villa Montalvo staff member Linette Leong for telling us about this beautiful presentation and kudos to Villa Montalvo Arts Center  for bringing this very relevant showing to the community. 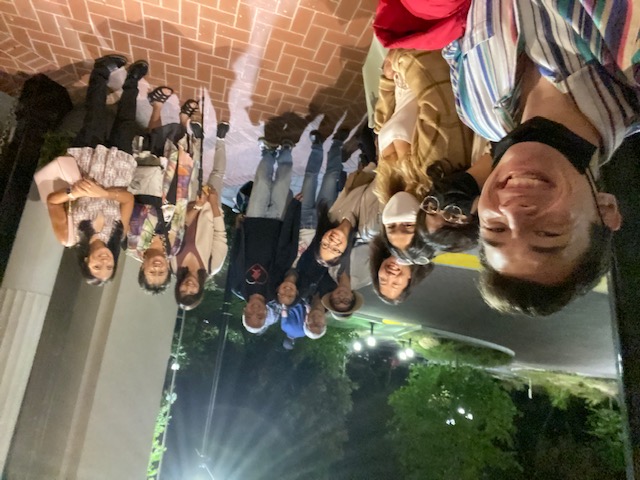 Montalvo Arts Center is a donor-supported nonprofit whose mission is to engage the public in the creative process, acting as a catalyst for exploring the arts, unleashing creativity, and advancing different cultural perspectives. It is located in Silicon Valley’s Saratoga hills, and I recommend it to any lovers of nature to come and walk its gardens.  For information on its Performing Art Series, check montalvoarts.org.