Why Gautam Barve is running for Santa Clara City Council?

David Tsang is the managing member and co-founder of Acorn Campus, an incubator and venture fund in Silicon Valley. Since the 1960s Mr. Tsang has been a veteran of the semiconductor industry and is widely regarded as an industry expert and a visionary.

Mr. Tsang served as chairman of Oak Technology, which he founded and brought to IPO in 1995 (NASDAQ:OAKT). He also founded Data Technology Corporation, a manufacturer of disk controllers and high-density disk drives.  From 1979 to 1987 he filled a number of key roles at Data Technology Corporation, including president, chief executive officer, and chairman. He additionally co-founded Xebec, another manufacturer of disk controllers. He remained with Xebec from 1974 to 1979.

The above video is In 2014, David recorded several lectures at Ding Ding TV to impart his business wisdom to entrepreneurs: he explained how to develop market-oriented products, co-manage, co-share, co-exist, co-prosper. 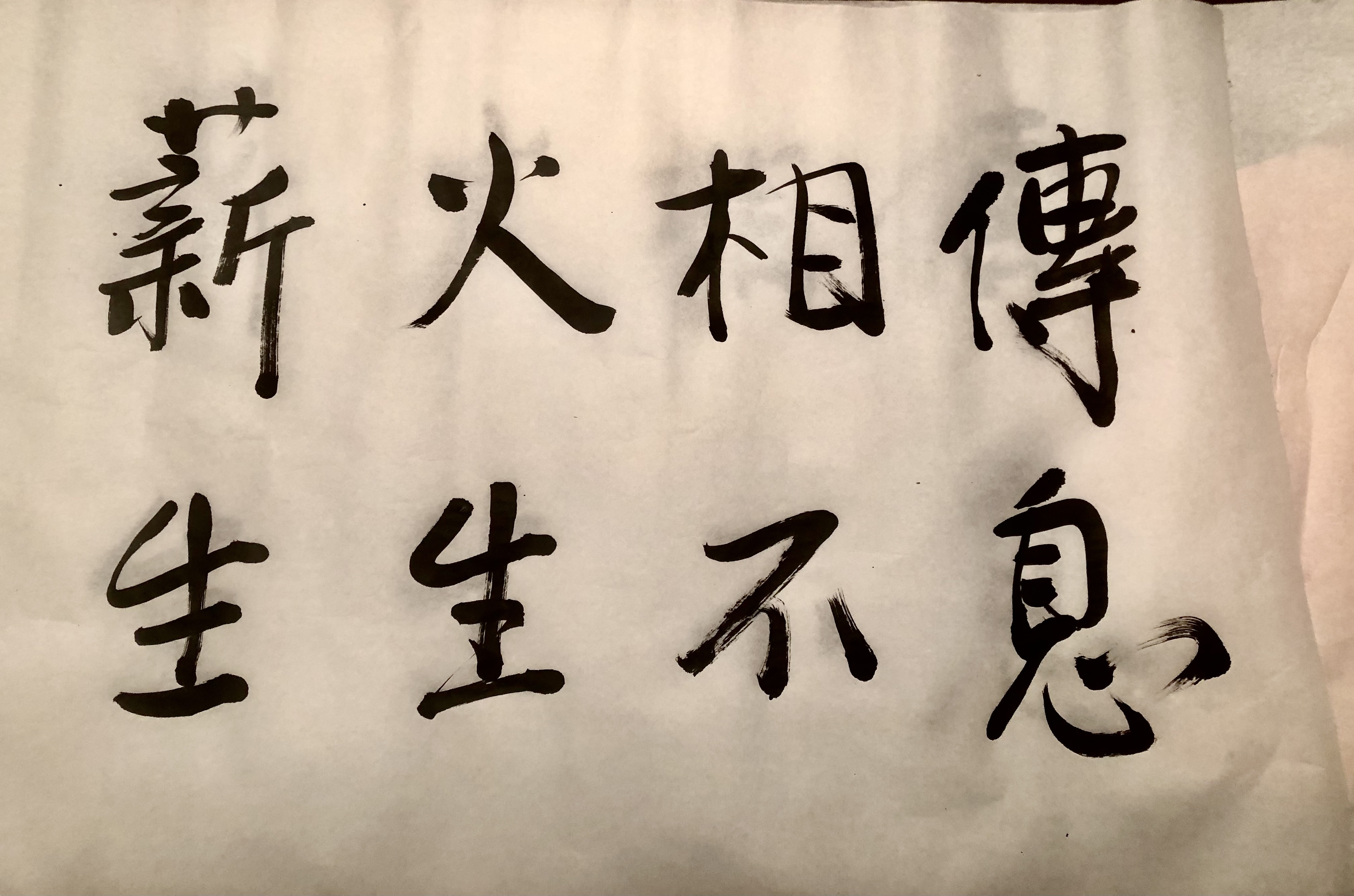 David Tsang is remembered for his dedication, fraternity, outstanding contribution to promoting the status of Asians in the United States.

David Tsang , an internationally recognized veteran in the semiconductor industry, the founder and chairman of Data Technology Co., Oak Technology, the co-founder of Acorn Campus,  died of lung cancer at 11 am on January 11, 2021, at the age of 79.  David, born in Liaoning, China, was one of the most successful pioneering Chinese American entrepreneurs in the United States.  David also devoted himself to public welfare.  He founded AAMA (Asia America MultiTechnology Association) and Vision New American. He devoted himself to Shin Shin Education Foundation, Alliance for Preserving the Truth of the Sino-Japanese War, and many non-profit organizations.  He unwaveringly upheld justices and helped Chinese Americans integrating into the mainstream of American society.

Sandy Chau, his long-time friend and partner of Acorn Campus, recalled: “ David helped many entrepreneurs. Together, we founded AAMA. I am fortunate to follow in his footsteps at Acorn Campus, learning not to give up during difficult situations. I have become a better version of myself today because of him.”

In 2014, David recorded several lectures at Ding Ding TV to impart his business wisdom to entrepreneurs: he explained how to develop market-oriented products, co-manage, co-share, co-exist, co-prosper. He said: “Entrepreneurship cannot be a solo business. It must be teamwork. You can only succeed in a team and by having the same goals.”  His simple entrepreneurial wisdom inspired many entrepreneurs.

In 2001, David became the chairman of Shin Shin Educational Foundation.  Under his leadership, the foundation expanded from 20 schools in 2001 to 169 schools in 2004.   He and his wife, Cathy Tsang, personally funded 15 schools.

David Tsang is no longer with us, but his spirit will always remain with us.  His honesty, love, sincerity, and tenacity will continue to inspire generations of Chinese Americans to realize their American Dreams. 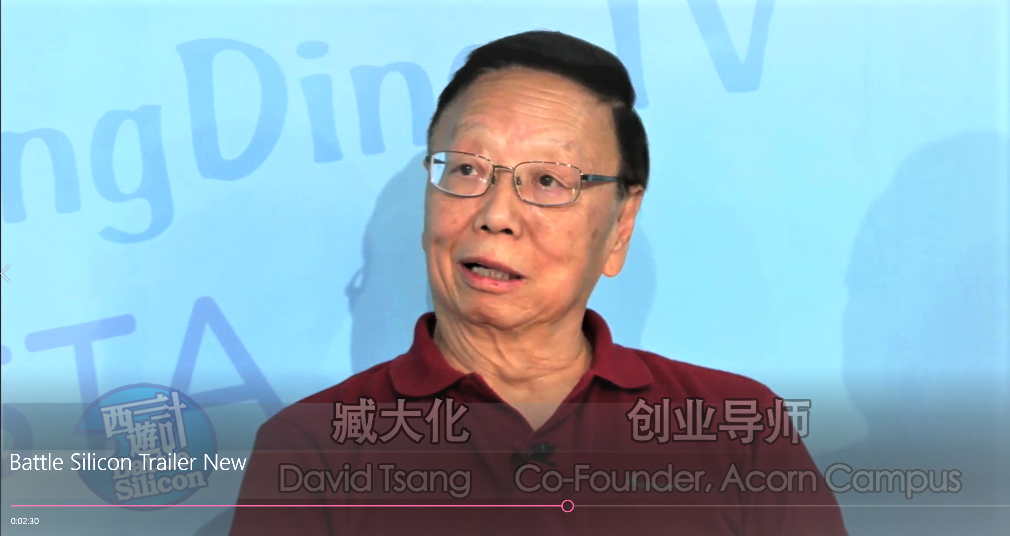 In Memory of Mr. David Tsang

It is with great sadness that we learned of the passing away of our forever friend and leader in the community, Mr. David Tsang. David started in the high-tech industry in Silicon Valley in the ’70s. Along the way, not only did he continue founding and investing in many great technology companies, but his great philanthropic heart also helped many Asian Americans here in North America, as well as underprivileged children back in Asia.
I first met David when I was a young special assistant to Dr. Ta-Lin Hsu at H&Q Asia Pacific between 1999 and 2000. I could not count how many breakfasts we spent together with David, Dr. Hsu, entrepreneurs, and industry heavyweights at Peppermill on De Anza Blvd in Cupertino. Though I was too young at the time, I could always remember his calmness, broad knowledge, positive attitude on all occasions.
As one of the founding members of Acorn Pacific Ventures, I had the privilege to interact with the great partners (David was one of them) of Acorn Campus. During everyone encounter, David was always very willing to share, encourage, and always offered to help. I also vividly remember doing elbow-bumps with him in the parking lot of The Sea by Alexander’s Steakhouse during Covid a few months ago.
David has set a monumental example for us Asian Americans, either as first-generation immigrants, or who were born here. We at Monte Jade West miss his speeches, sharing, and kindness. May he Rest in Peace.

David Tsang is one of the most successful semiconductor pioneers and entrepreneurs since the early 1960s in Silicon Valley.

If you stop by Acorn Campus in Sunnyvale, California, most of the time you will be able to catch 72-year-old Tsang working diligently away at his desk. Serving as board member on eight high tech startups, he loves working with entrepreneurs, which he says is almost a habit now, while most of his co-founders have either retired or are busy with other things.David Tsang has three passions in life: managing Acorn Campus, a legendary high tech incubator in Silicon Valley as co-founder and managing partner, contributing time and effort for startups inside and outside of Acorn Campus; chairing Shin Shin Educational Foundation, a non-profit organization that has raised more than $10 million to build more than 330 schools for poor students in remote areas of China; and serving on the board of Global Alliance for Preserving the History of WWII in Asia, a non-profit dedicated to uncovering the facts about the Asia Pacific War (1931-1945).

Tsang is widely respected as one of the most successful semiconductor pioneers and entrepreneurs since the early 1960s in Silicon Valley. He has witnessed every changing tide and new wave in the industry for half a century.

In 1974, after working at Hewlett-Packard for 6 years, he co-founded Xebec, a manufacturer of disk controllers that went IPO for $70 million in 1982. In 1979, he founded Data Technology Corporation, a manufacturer of disk controllers and high-density disk drives, which went public for $140 million in 1987. He founded Oak Technology, the forerunner of Acorn Campus, which went to IPO in 1995 for $200 million.

“As an electrical engineer, the most exciting moment is when our products are released — whether it’s a graphic card we designed or a technology we worked on — and it’s accepted by the market,” said Tsang.

Tsang’s father studied in Japan in the 1930s, went back to China to join the anti-Japanese war effort in 1941 and met Tsang’s mother in Xi’an, Shannxi province. Tsang was born in 1942 and his family moved to Taiwan in 1948 when he was 6 years old. Educated in Taiwan for elementary and middle school, and in Japan for high school, Tsang said his fundamentals were set straight by traditional Chinese values.

Arriving in San Francisco on July 4, 1962 to further his study, he took the same-day train to NY to live with a friend of the family and was urged to work at a Jewish club to earn tuition.

“I always tell my children they are so lucky to be second-generation immigrants and have their college tuition paid for,” Tsang said. “Back in those days, most of us received no financial support from family and life was tough.”

In 2001, the Shin Shin Education Foundation (Shin Shin) was brought to his attention by his friend Zu Bingmin, who founded the non-profit organization that aims to help children in remote, rural regions of China. Running since 1998, its mission was to improve the learning environment there and reduce the disparity in the quality of education between metropolitan and rural areas in China.

“I was brought on board as chairman and focused on computerizing all resources and organizing the information online. The organization started with a target of building 10 schools, then grew to 50 and now we have built over 330 schools. Centralizing fundraising and program information became a necessity and I made sure our online system was helpful, a library was set up and the website updated,” said Tsang.

Now having hundreds of volunteers and thousands of donors, Shin Shin’s goal is to provide “Quality Education for Every Child, One School at a time”. Last year, it raised $500,000 from the local community and expects to exceed that amount in 2014.

“It used to cost only $10,000 to build a six-classroom school in China, now, depending on the location and the facility, it can cost more than $100,000,” said Tsang. “In rural China, some children walk several hours through rugged mountain terrain to go to school every day, many of their classrooms are unsafe, leaky and with no heat in winter. In some schools, four or five children sit around a desk without a stool, sharing worn and outdated textbooks. Many students are not able to reach their full potential.”

Shin Shin has rebuilt or renovated 333 schools in areas where the average household income is less than $1 a day. Now 120,000 students study in new classrooms in clean, safe schools. The foundation has received donations from large corporations such as Samsung, Google and the Bill and Melinda Gates Foundation, as well as other private donors.

“Building a school is only a start,” Tsang said. “You also need a library, computer program, teacher training, management training and maintenance programs. You can’t just give birth to a child and not raise him.”

Carrying a strong sense of history because of his unique multi-cultural educational experience in Taiwan, Japan and the US, Tsang is an activist in serving as board member for Global Alliance for Preserving the History of WWII in Asia.

“We Chinese Americans come to this country for an American dream. We respect America’s social justice and we benefit from its educational system, but most importantly, we should never forget our own roots and history. We need to remind ourselves of our social responsibilities every day, and that starts with knowing our history,” said Tsang.

Having lived in Japan and knowing many Japanese, Tsang said even today, the Japanese government is not willing to face the reality of what they did in China and Asia last century.

“They change historical facts in textbooks, deny facts, and refuse to take responsibilities for the harm and misery the war brought to the Chinese people and people in other Asian countries. Our organization aims to make younger generations aware of this bitter part of their history. An apology is deserved by the Chinese people from the Japanese government for what they did to China, and preserving that history is the most crucial part of the efforts we make today,” said Tsang.

The San Francisco Bay area chapter of the organization was established in 1992, and its core mission is to exhibit historical photos and materials of WWII around the country to educate the public.

“Our American-born children think very differently from we do. I believe the most important things for second- and third-generation Chinese Americans are knowing our culture, history and roots, knowing who we are, knowing our rights, becoming good citizens in this land of opportunity and helping to cultivate US-China relations by participating in local community and social activities, and most of all, contributing to society.”

Tsang has two daughters and two sons, and lives in Los Altos, California with his wife Cathy and his family.

More information about how people loved him