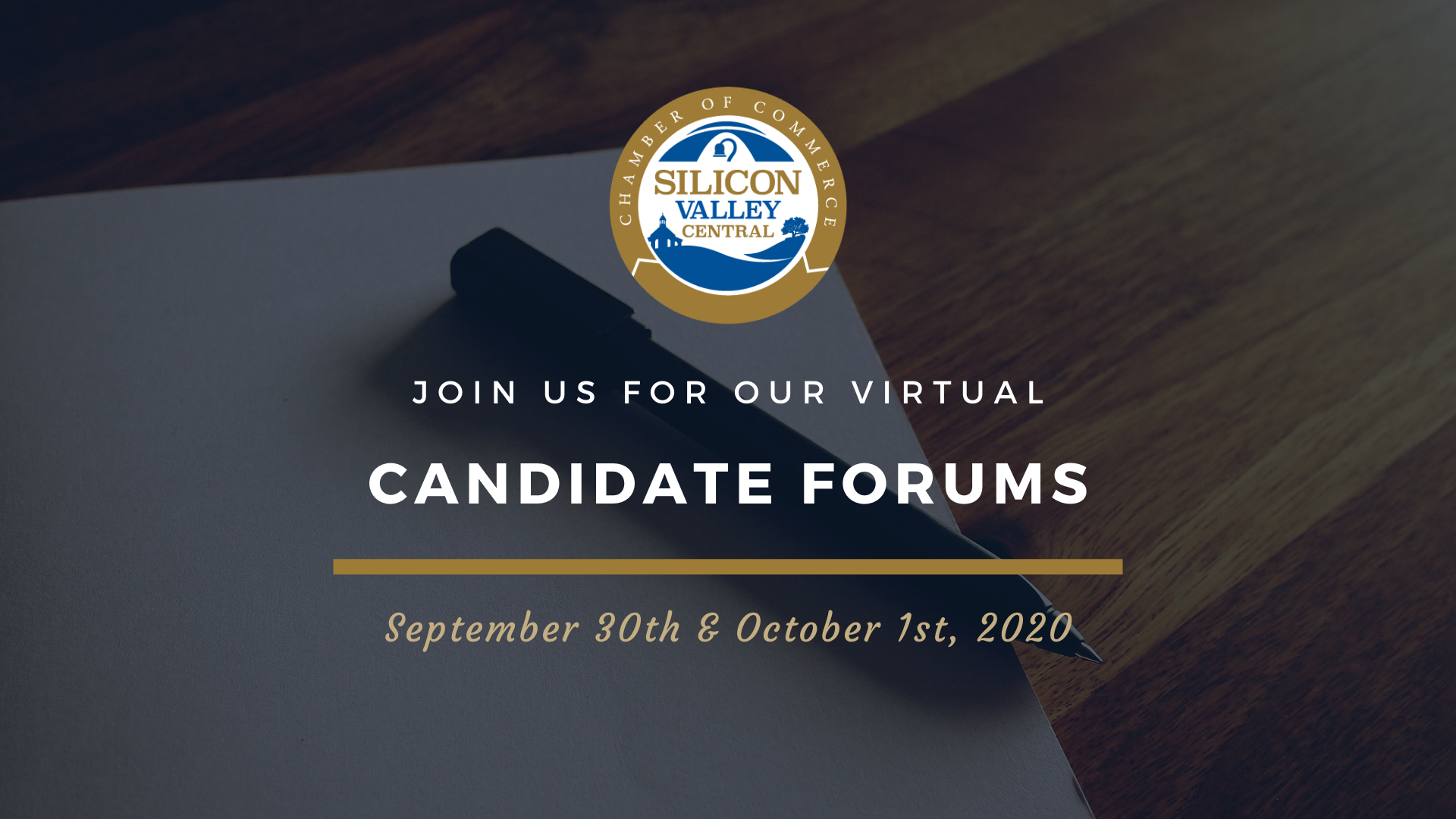 Watch the virtual candidate forums before you vote this November

The Silicon Valley Central Chamber of Commerce will be hosting virtual forums for City of Santa Clara City Council candidates running in Districts 1, 4, 5, and 6—districts which will be voted on in November.

The event will be held in two sessions with two districts each session.

The Silicon Valley Central Chamber of Commerce will be hosting a forum for City of Santa Clara City Council candidates running in Districts 1, 4, 5, and 6—districts which will be voted on in November.

WHY WOULD THE CHAMBER OF COMMERCE HOST CANDIDATE FORUMS?

As an organization whose mission is to advocate for business and economic development, the Chamber has a keen interest in knowing what is happening in government. But it goes deeper. The Chamber is made up of citizens who live and work in the area. This is home; our members want to know who their elected officials are and where they stand on issues that affect us all.

The Chamber is not a political action committee. We sponsor candidate forums because we believe people have a right to know what their candidates for public office say about issues that affect our communities. We provide the forums as a public service, and we are privileged and proud to play a role in the democratic process. Our candidate forums allows those seeking public office to express their views openly so community members can understand their positions and make informed voting choices.

The candidate forum is meant to inform the citizens of our community and create an opportunity for community building. If all candidates adhere to the rules everyone will benefit through increased visibility and general interest in the community.

“National Compassion Day” Petition to the President of the United States and members of The U.S. Congress

What is Measure T and why it matters?