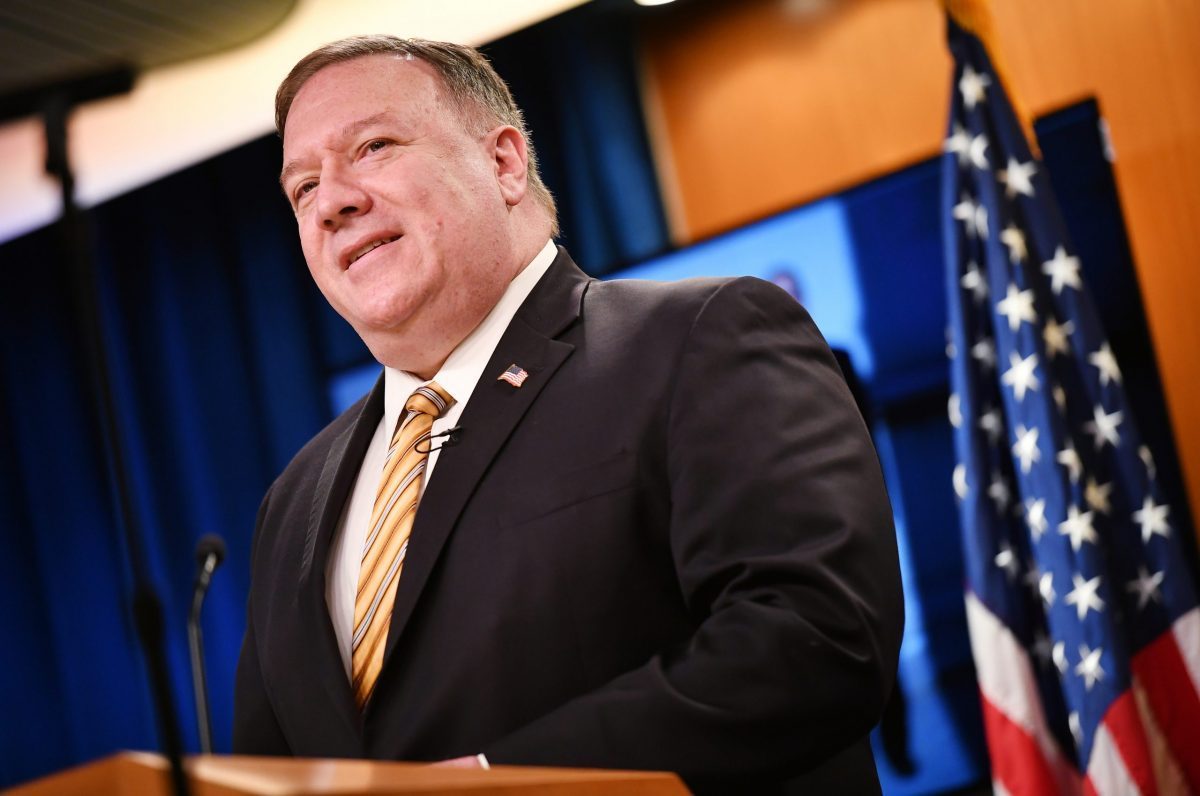 The hawks within and outside the White House are determined to inflict a hurt on China even if it’s at a cost of terrible blowback
The above photo: US Secretary of State Mike Pompeo is a relentless China hawk. Photo: AFP

Walking down the busy aisle of a Costco outlet in the US, I saw a stack of boxes of newfangled, multi-functional gadgets positioned to attract the attention of passers-by. The gadget plugs into a wall socket, and its motion sensor will turn on an adjustable dimmer at night, and continuously disinfects the circulating air and kills the odors in the room.

No larger than 10 by 10 centimeters, the device needs no maintenance or any replacement of parts. This is an ideal and appealing product for staying home to avoid the Covid-19 pandemic. Costco’s price? Under US$50 for a box of two units.

As I expected, the product was made in China. I couldn’t imagine from whom China could have stolen the intellectual property (IP) for this idea and design, nor where such a product could be made in the US for anywhere near the selling price.

In fact, just as Japan, South Korea and Taiwan did before, China has moved on from copying and borrowing to innovating and introducing new products for the world market – including, of course, American consumers.

Copycats go on to innovate

None of these countries stopped at mere copying. While they make me-too products, they improve their skills and go on to innovate and create proprietary products for new markets. Yet US President Donald Trump’s administration insists on accusing China of theft of IP as a reason for confrontation, even theft of IP that the US does not have, such as Huawei’s 5G (fifth-generation telecom technology).

Secretary of State Mike Pompeo and Attorney General Bill Barr, among others in the Trump team, are unrelenting in accusing China of cyber-theft and hacking to steal American secrets.

Recent reports from multiple sources indicate that Russian hackers have been actively seeking to vacuum up Covid-19 vaccine developments from Western countries. Yet Barr spent 45 minutes at the podium recently accusing China of theft, while not presenting one shred of evidence or making any mention of Russia.

Barr and his colleagues seem to know all the ways China’s hackers can attack America’s Internet without offering any actual proof. As we learned from Edward Snowden, no one is more sophisticated and skilled at cyber-theft than the US. I suppose it’s easy enough to accuse China of cyber-theft according to the way the US steals from others.

US Senators Tom Cotton and Marco Rubio along with the Trump team have decided Chinese students should be barred from entering the US as a way of preventing loss of technology. The top tier US universities vehemently disagree. They depend on the brightest graduate students to make scientific advances, and they know many of these come from China.

However, the China hawks within and outside the White House are determined to inflict a hurt on China even if it’s at a cost of terrible blowback to the US. They just don’t appreciate how much of their noses are sliced away to spite their faces.

The so-called trade war is a case in point. The tariffs on Chinese imports have caused China to sell less to the US. True enough. But it was Trump who had to beg China to buy more soybeans.

Seeing Trump’s perfidious personality, China has prepared to wean itself from depending on exports to the US. China has been busy developing trade relations with the rest of the world. Now only about 3% of China’s exports go to the US.

Furthermore, China has a robust, integrated economy with a strong manufacturing sector along with the world’s largest and fastest-growing consumer economy. Making things for its own consumers creates a virtuous cycle to keep the domestic economy revving.

In fact, China’s consumer market is too big to ignore. Much as Trump would like to see American companies disengage from China, Apple has just increased its investment in China to open more retail stores there.

The trade war was supposed to bring manufacturing back to the US. It’s not happening, because it’s not that simple. Unless Trump can drive the US economy down to a Third World level – and not that he isn’t trying – and American labor is willing to work for peanuts, the low-end factories can’t come back.

To bring high-end manufacturing back, Trump needs a lot of smart and well-educated graduates in science and technology – and presumably without any ethnic Chinese. Indeed, one tiny itsy-bitsy step in that direction was to entice Taiwan Semiconductor Manufacturing Company (TSMC) – note, not really American – to build a small, modest fab in Arizona.

Now, perhaps the reader can appreciate why the International Monetary Fund expects the US economy to shrink by 8% while China is the only country that will still manage a net economic gain for this year.

Incredibly, Pompeo and his colleagues continue to accuse China of human-rights violations as another reason to make that country an enemy. This has to be the epitome of hypocrisy.

The US has more people incarcerated than any other nation. What’s more, black Americans are much more likely to be shot by the police and/or arrested and jailed. And because of the gun culture, the US has one of the highest per capita rates of fatal shootings.

No country is as brutal in stopping refugees at the border as the US under Trump. As a tactic to discourage others from coming, border enforcement has deliberately separated children from their parents. Then the record-keeping is so poor that distraught parents face formidable odds to find their kids again.

That cynical practice devoid of human decency speaks volumes on the sincerity of alleged American respect for human rights.

For years, China has had a national policy to help hundreds of millions out of poverty and has reached the point that very few are still living below the poverty line. By contrast, Trump has enacted massive tax cuts to benefit the top 10%, but he does not

have a clue on how to help the rest of the Americans.

A long-term study from Harvard recently published revealed that the approval of the Chinese people of their central government increased from 86% in 2003 to 93% in 2016, the period of the study. The Trump White House would kill for an approval rating from the American people at half that number.

The study also found that low-income Chinese citizens in rural areas have closed the satisfaction gap with high-income citizens in the coastal areas. This is evidence that China’s government, at all levels from local to central, has been diligent in improving the lives of all its people.

So why is Trump trying to pick a fight with China? There are at least two speculations attributed to contingency planning by Trump’s advisers in case he loses his re-election bid.

Defense writer Michael Klare is fearful that by sending an aircraft-carrier strike force to the South China Sea – already twice this month – Trump is preparing for a repeat of the “Gulf of Tonkin” incident that triggered the Vietnam War. This one could provoke a military conflict with China that would give Trump the excuse to defer the November election and remain in office.

A regular MSNBC commentator has a similar worry. He speculates that Barr in concentrating on China and ignoring cyber trespasses by Russia is part of the plan to accuse China of nefarious interference with the election outcome if Trump were to lose.

The danger is not with China but that the Trump team will lie and cheat to steal the election – a tactic Pompeo is well known for from his days as director of the Central Intelligence Agency. If the American people let the Trump team get away with this, they may not live to rue the consequences.

Dr George Koo recently retired from a global advisory services firm where he advised clients on their China strategies and business operations. Educated at MIT, Stevens Institute and Santa Clara University, he is the founder and former managing director of International Strategic Alliances. He is currently a board member of Freschfield’s, a novel green building platform.