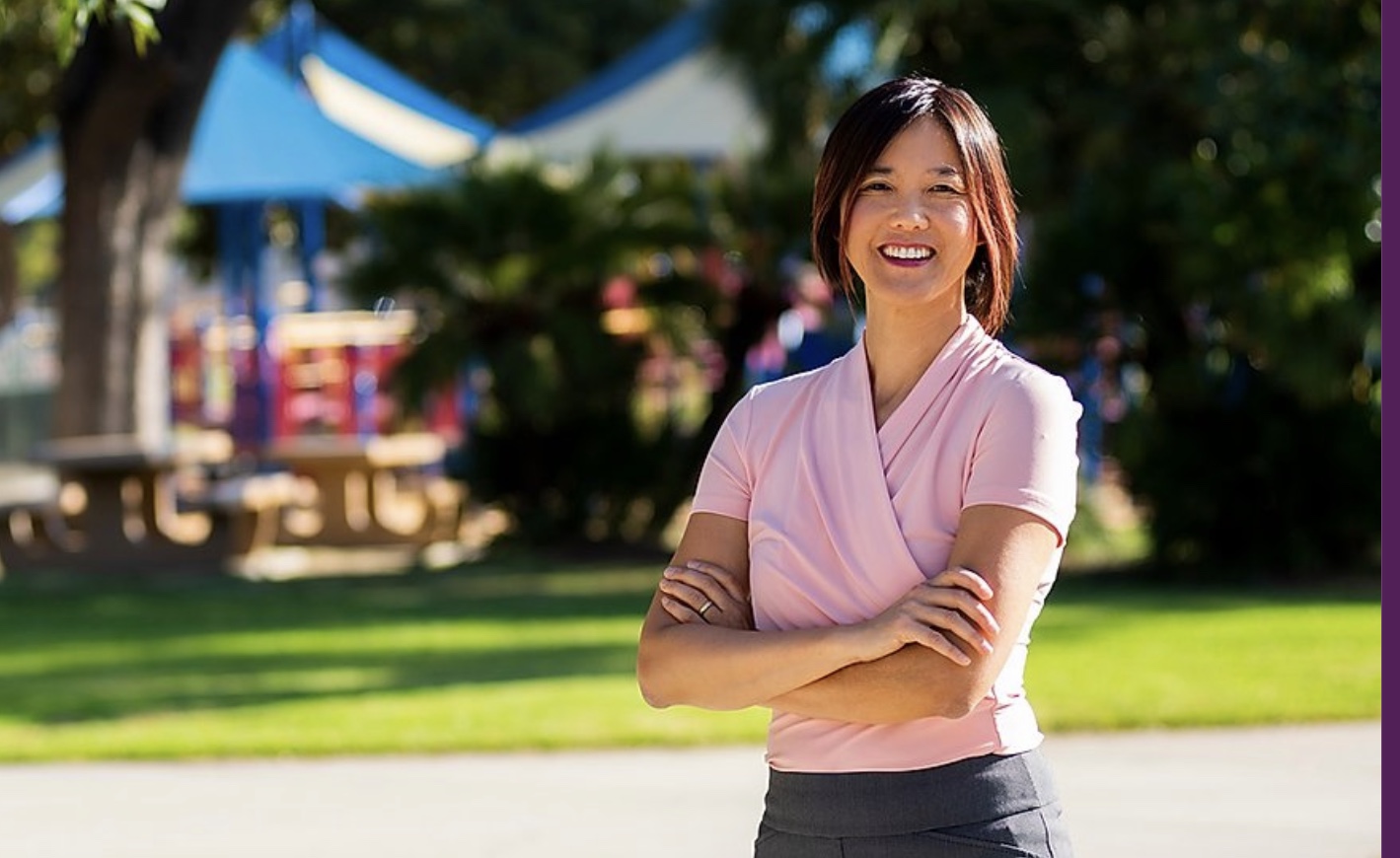 Bay Area legend, Ann Woo, had spent her whole life demonstrating her passion for arts and culture, and had provided a platform to bring diverse ethnic cultural activities into America’s mainstream society. Now, three years after her passing, her daughter Tina Wu Fredericks continues her legacy of public service as she runs for Pasadena Unified School Board. “After achieving the American dream as a result of sacrifice and hard work, my mother spent the rest of her life giving back to her community. I want to build on that legacy,” says Tina Wu Fredericks. Fredericks is a second generation Chinese American, former public school teacher, multi-term PTA Board member, software engineer, and mother of two daughters attending Pasadena Unified School District.

Former Board member of Ann Woo’s nonprofit organization and long-time friend Joway Christensen says about Fredericks, “I’ve known Tina since she was a teenager and watched her grow up into a strong and determined woman just like her mother. I’m confident she will be a passionate leader for public school students.”  The school district boasts of one of the few Mandarin immersion programs in San Gabriel Valley and internationally recognized Math Academy and International Baccalaureate programs. “My top priority is to ensure the health and safety of students and teachers during the coronavirus emergency. Additionally, I want to establish an inclusive environment that brings parents, teachers, community members together for the benefit of our schools. We need to instill integrity in our decision-making process, empower PUSD families, and focus on establishing equity for all students, “ Tina Wu Fredericks says in summarizing her platform.  More information on how to support her campaign is available on the campaign website. Her election is on November 3, 2020.

Click on following picture to learn more about Tina Wu 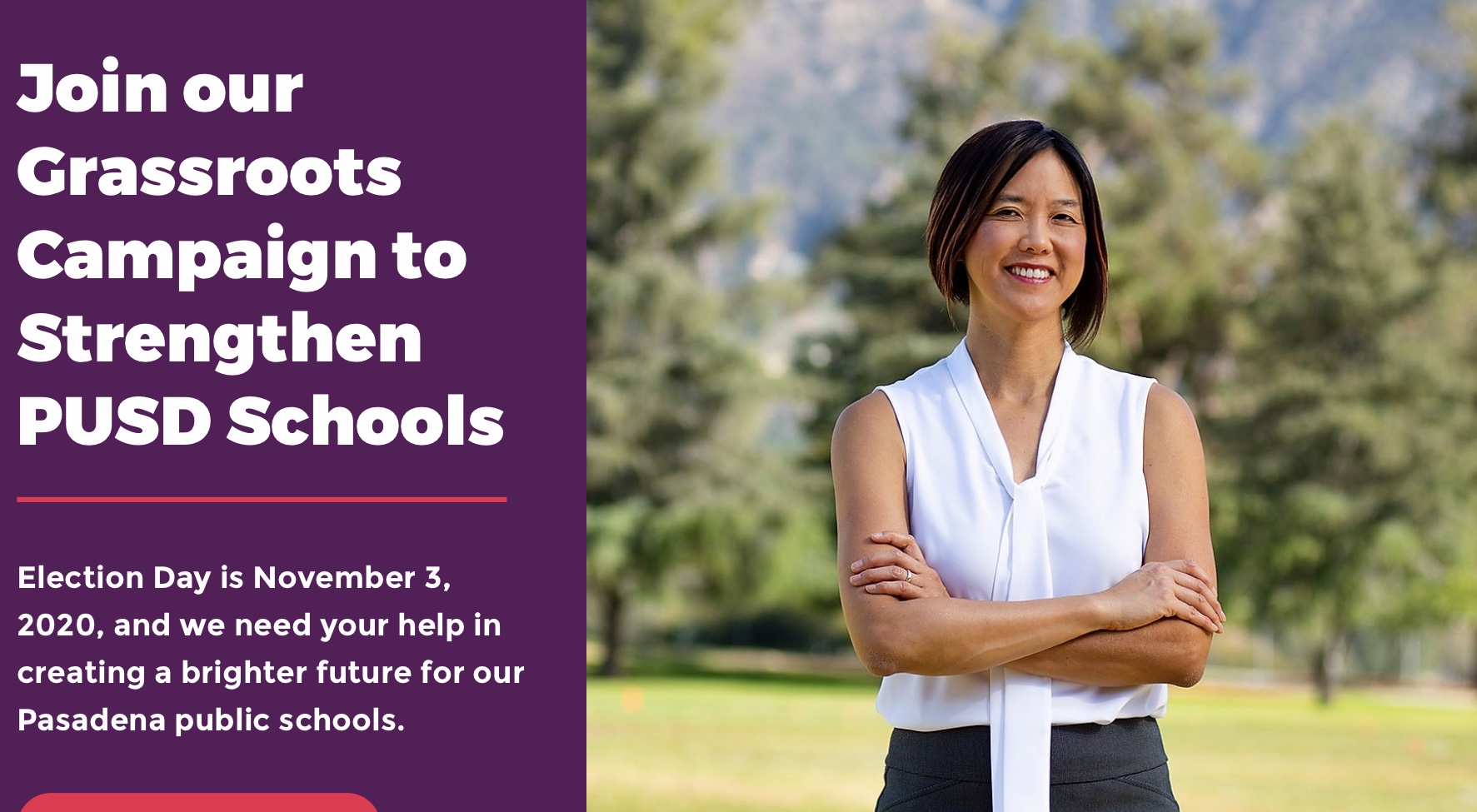 Ann Woo, to whom this performance is dedicated, provided unparalleled opportunities for artists of diferent felds to form a broad network promoting art training among the youth and to encourage art participation in our local communities. Creating new works – since 1991 – she produced and presented high quality performances with a world premier each year in annual major events.

Te memorable productions including Sorrow of the Great Wall in 1993, Home of the Rainbow in 1995, Legend of the Dragon in 2000, Middle Kingdom – Ancient China in 2005, New Dream of the Butterfy in 2010, Silk Road Fantasy in 2011, Te Nightingale in 2014 and many others have received rave reviews from the critics and praises from the audience.

Ann Woo said, “I consider creating new works and giving opportunities to all participants a top priority.” Vibrant productions established Ann Woo as a highly acclaimed artist/producer in the state of California and around the world.

Ann Woo served as the Chair of the Arts and Culture Committee of the Cupertino-Hsinchu Sister Cities Association. For her outstanding services to the community, she was honored as a “Citizen of Achievement” in February, 1999, by the Sunnyvale-Cupertino Branch of the American Association of University Women and the “2002 Women’s Achievement Award in Art” by Women’s Fund. In 2003, Ann Woo was honored with the “2003 CREST Award” by the City of Cupertino and “Asian Hero 2003 Award” by Santa Clara County Supervisor Liz Kniss. In that same year, she developed a Dance School and Training Center to provide job opportunities to resident artists in Cupertino. In 2007, Ann Woo created a 14,000 sq. f. facility in West San Jose. Since then, she invested through her personal funding in a spacious facility to establish a multi-function art institute including 3 main operations: (A) an International Performing Arts Center as a community center for many local art organizations to create and teach their arts; (B) an Academy for youth art training and to create jobs for our artists and (C) A venue to hold local and international events for the prosperity of our communities.

Ann Woo inspired thousands of others, to more closely explore the fascinating and ancient Chinese culture that has had such a tremendous impact on our world—both past and present. Ms. Woo collaborated on many theatrical productions. She traveled extensively to her homeland of China where she searched for new talent and helped bring top artists to the United States while simultaneously exposed China’s artists to more modern theatrical productions and teaching.

During the past 20 years her associations have been multi-faceted, from creating new works, to founding new organizations. Ann Woo’s vision and projections throughout her over 3 decades as a leader in the arts have brought together dozens of the creative and performing arts organizations in the San Jose and greater Silicon Valley Bay Area. With some of the most ambitious collaborative programming anywhere, her work continues today as the inspiration for the International Performing Arts of American (IPAA) the newest dance company in the Bay Area making its debut tonight, and is testament to what Woo believed regarding the greater need of the arts and education in our communities. She has fostered and cultivated the arts in the heart of Silicon Valley that few have rivaled anywhere in the United States. Her drive to create an all-inclusive comprehensive umbrella for the arts was her driving force.

To list of accomplishments by Ann Woo is tremendous. To name a few major accomplishments: International Creative and Performing Arts Center, Chinese Performing Arts of America, Te Silicon Valley International Arts Competition, International Arts Council – Silicon Valley and incalculable others. As a degreed scientist and engineer, she continued providing her knowledge and talents in serving innovative Tech companies such as Akyumen Technology, one of the most neoteric industries in electronics helping create better educational systems throughout the world.

Ann Woo’s energy and dedication to the arts is unrivaled in the Silicon Valley. Her depth of knowledge in the all the arts was remarkable and her comprehensive, across-the-board ability as a collaborationist made Ann Woo a true artistic/managerial treasure in a feld otherwise void. Deeply respected and knowledgeable in the total spectrum of the arts, very few in the feld ofer the arts in the unique way did Ann Woo. Ann Woo died August 25, 2017

More About Ann Woo and her influence: