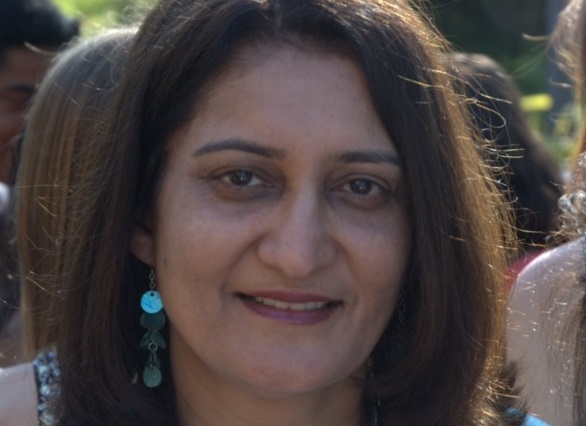 Pragati Grover is passionate about the education of our youth. For the past 19 years, Pragati has been active in Saratoga community. She served for four years on the Saratoga Union School District Board, completing her term in 2010. Prior to that she served as the VP of Fundraising for the Saratoga Education Foundation, a non-profit parent-run organization providing program support for educational areas no longer supported by the state. . Pragati has also served on the Saratoga Library commission, Parent Teacher Association Executive Board, American Youth Soccer Organization (AYSO) Board, and as an active volunteer in local schools.

As a School Board member, Pragati served on the Budget Advisory Committee, Superintendent’s Advisory Council, and Solar Panel Sub-Committee. She has been closely engaged in issues requiring thoughtful deliberation and tough decision-making including: balancing school budgets while maintaining a high quality education, personnel decisions, and launching new initiatives such as energy audits to explore ways for our schools to be more energy efficient.

Pragati has served a four year term on the City of Saratoga Planning Commission and is a board member member of the Los Gatos-Saratoga Recreation Department. In 2013 she was elected to Assembly District delegate of the California Democratic Party from District 28. She is the proud recipient of 2011 Asian American Hero Award, an honor given to individuals who have made a significant impact in the community and who bridge differences among communities.