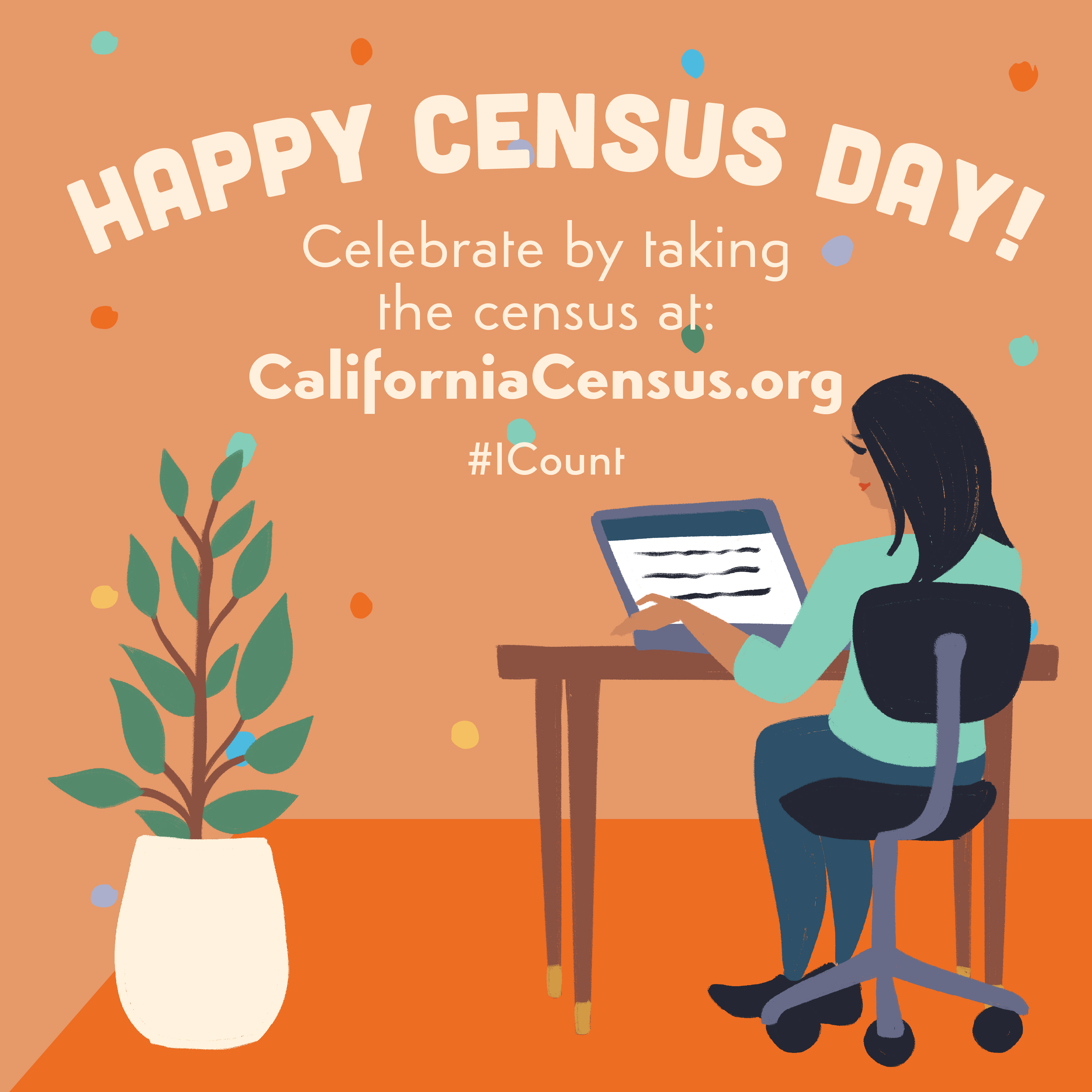 Census Day, when the United States takes its once-every-decade collective selfie, is April 1.

Those who don’t include themselves in the decennial snapshot will cost themselves and their communities thousands of dollars’ worth of government tax spending — $1.5 trillion annually nationwide (https://tinyurl.com/Census-drivenSpending) for the next 10 years, and other benefits too, with no chance to get added to the picture until 2030.

But Census Day isn’t the actual deadline for being included. It’s just the day listed on the census questionnaires (https://tinyurl.com/2020censusquestionnaire): “How many people were living or staying in this house, apartment or mobile home on April 1, 2020?”

For this question, include yourself, all the kids, all the relatives or friends who live there, and roommates.  Information given to the census will never be shared with landlords.

Until the corona virus hit, the actual deadline for filling out the census was July 31.  Now the Census Bureau has extended the deadline to August 15.

The nine-question questionnaires themselves are already available for people to answer online,

At the website https://my2020census.gov, and will remain available in a dozen different languages until the Aug. 15 deadline.  Many people have already received “invitations” in the mail to answer the census online, with an ID number customized for their address.

Whether you have an invitation or not, you can still go to that https://my2020census.gov website and fill out the questionnaire.

The Census Bureau has also begun sending out print copies of  the questionnaire through the mail.

People can also be counted by making a telephone call, to (844) 330-2020 if they speak English, or to one of 13 numbers, listed below, for other languages.  The call centers, however, are not fully staffed due to stay-at-home orders for the corona virus, so this method could involve longer wait times on the phone.

You can also wait for an “enumerator,” a Census  Bureau employee who will be dispatched starting in May to visit addresses that have not yet responded online, or by mail, or by phone.

Although the Census Bureau says it has offered jobs to 600,000 people – 100,000 more than it anticipated hiring – it is also delaying the “onboarding” process, which includes fingerprinting and background checks, for at least a couple of weeks due to concerns surrounding COVID-19.

The census requirement is included in the U.S. Constitution, and a national census has been conducted every 10 years since 1790. Participation is required.

Census data is used to try to evenly distribute political representation in Congress.  Currently, every member of the 435-seat House of Representatives has about 750,000 constituents.

The data also helps businesses decide where to invest, helps state and local governments determine where new schools and roads are needed, and directs the federal government to where kids are living who qualify for Head Start, or need any of more than 100 other federally funded programs providing child care and development, education, nutrition, health care and much more.

The personal information the census collects – your name, address, age, race, the household phone number – is kept strictly confidential for 72 years.  The Census Bureau is forbidden to share that information with other government agencies, including police, the FBI, ICE, everybody.

California has invested more money than any other state in census outreach in an effort to ensure that all its people are counted this year.  The website CaliforniaCensus.gov can

Direct you to Questionnaire Assistance Centers and kiosks where you will be able to get some help filling out the forms if you need it.

By May, if you haven’t filled out the census form, a census enumerator will come to your address.  There are several ways to make sure it’s really a census worker.  You can ask to see their official U.S. Census Bureau I.D. badge, which will have their name and photograph, along with an expiration date and a Department of Commerce watermark.

They will also be using a hand-held computer device and carrying a census bag. You can verify that they’re who they say they are by calling (800) 923-8282 to speak to a local representative.

Also, no census worker will ask about your citizenship status, or your social security number, or any banking information.  Nor will they ask for a payment or donation of any type.

If you want help completing your census form, the Census Bureau has phone lines in 14 languages to provide that:

The state of California is providing online assistance in the following languages: