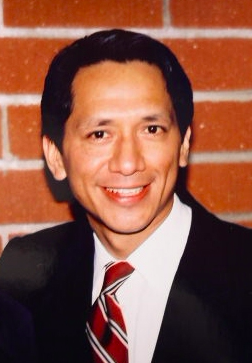 Franklin knows what consumers want before they want it, and recognizes it before most people do. Most recently, Franklin introduced the “World’s First” Fake News Filter mobile app, OIGETIT​ (Oh, I Get It), to help fight the global epidemic of fake news.

OIGETIT is Franklin’s 3rd start-up company, and once again, he is introducing another innovative Internet start-up to consumer all over the world, including the U.S., China, India, and the Middle East. OIGETIT uses its advanced Artificial Intelligence technology to provide mobile phone users with the power “to instantly determine if the news they are reading is “Real or Fake” by using OIGETIT’s “​Fake News Filter​.”

As one of the few Americans in modern history, Franklin had the distinct privilege of working for 2 U.S. Presidents: Bill Clinton & Barack Obama.

Franklin served 5 years at the White House during President Clinton’s Administration, working for the Deputy Chief to the President, and serving as a member of the prestigious White House Technology Working Group. During his time as a White House Innovation Advisor, Franklin worked on producing and supporting National Technology Programs for the United States, and launched one of the first ​Internet Demo Days ​
​ at the White House.

Throughout the world, Franklin is considered one of the foremost technology pioneers that helped to launch a number of famous startup companies, including world famous online dating sites such as JDate (Jewish Dating) and ChristianMingle.

Five years after launching his online-dating startup, MatchNet, it became the 2nd largest online dating company in the world with a market cap over $400 Million. MatchNet was eventually sold to a group of Wall Street investors.

Franklin also helped to launch Sierra Scientific Instruments which produced a revolutionary motility catheter, allowing doctors to detect the functionality of the esophagus in real-time. The company was acquired by a subsidiary of the global medical device company, Medtronic.

In August 2018, Franklin delivered the Opening Keynote Speech at Stanford University’s prestigious “Sino-US Economist Fintech Innovation Forum.” The Forum was attended by some of the most famous economists, venture capitalists, and global entrepreneurs.

In 2012, Franklin had the distinct privilege of serving a 2nd U.S. President, Barack Obama, by working in his presidential re-election campaign. As a Senior Campaign Aide, Franklin managed 6 campaign offices, 17 senior staff, and a team of 1,500 campaign workers in Virginia. Thereafter, Franklin realized that none of the popular news websites provided a fake news filter about any topic or subject. So as a result, Franklin spent the next several years developing a highly sophisticated artificial intelligence powered ​Fake News Filter ​ to all mobile phone users worldwide. Thus, his third start-up company, OIGETIT Fake News Filter, was born.

Aside from his White House and business work, Franklin has been actively involved in public service for the past 20 years. He has served on the Board of Directors of over 10 organizations, and as a Global Innovation Advisor to Silicon Valley’s leading Tech Accelerators including BootUp Ventures, TechCode Accelerator, and Plug and Play Tech Center.

Franklin has also served on the Board of Directors of two major medical centers in Los Angeles: St. Vincent’s Medical Center, and Good Samaritan Hospital. He also serves on the Executive Committee of the Board of Advisors at the Trachtenberg School of Public Policy & Public Administration at the George Washington University in Washington, DC.

Franklin is often invited to deliver Keynote Speeches about innovation at conferences throughout the United States, Korea, and China, and has been an Honored VIP Speaker at Stanford University, Johns Hopkins University, The George Washington University, the University of Pennsylvania’s Wharton Business School, and USC’s Marshall Business School.

BOARD OF DIRECTORS & BOARD OF ADVISORS PARTICIPATION

Wingz – A Ride-Sharing Company, San Francisco, CA ​(3rd largest ride-sharing company in the US – competitor to Uber and Lyft)

● Serve as advisor to founders, assisting with strategic partnerships

● Serve as advisor to founders of incubator, and mentor to 50 start-up companies, assisting with strategic partnerships & business development

● Member of the Board of Directors, 2002 – 2007 Served as a founding director of this startup, providing business development strategies to deploy its revolutionary motility catheter – was acquired in 2010.

● Member of the Board of Advisors, Trachtenberg School of Public Administration and Public Policy, 2008 – present

● Sr. Member of Executive Committee of the Board, 2014 – present

Association for the Recovery of Children

● ARC is comprised of former U.S. intelligence officials (CIA, NSA, etc.) who are dedicated to the recovery of missing and exploited children worldwide.