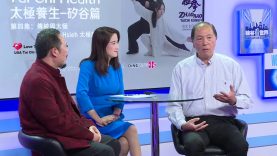 About fifteen years ago, I started my long journey of Tai Chi by enrolling in a Tai Chi culture class offered at a local Chinese School. Like many others, I just regarded Tai Chi as a fitness exercise for the middle age. Even after I’ve learned several Chen and Yang styles of Tai Chi forms, I still treated Tai Chi as another relaxing health benefiting activity. After five years of Tai Chi practice, even in the mid of cold winter, I’ve found my limbs to be quite warm after practicing Tai Chi which started my appreciation of Tai Chi’s health benefits;  However, I still thought of it is just another fitness exercise and not much more. This view has completely changed after grandmaster Wayne Peng started to teach us Zhao-Bao Tai Chi in the Tai Chi class.

By demonstrating the applications of Tai Chi for each form, master Peng has totally changed my impression of Tai Chi. Although I was unable to understand much then, after practicing Zhao Bao 24 forms, I instinctively felt it much suitable for beginners. Not only was it easier to practice but it made me feel my “Chi” flow much smoother. Master Peng has tirelessly explained the key points of each form and how to apply them during hand to hand combat situations. This kind of teaching technique has changed my attitude toward what and how to learn Tai Chi.  Since starting this study, I’ve progressed to 43, 56, and 75 Zhao Bao Tai Chi forms;  And with each form, my appreciation increases for alignment of strength, chi, and mind altogether when practicing those forms.

With master Peng’s unique teaching methodology and guidance, not only has he effectively minimized the “double weighted” issue, but he has also gradually cultivated internal energy for each student. In addition to practicing forms, master Peng focuses on push hands to boost students’ “Sensing” capability. Grappling and anti-grappling are being used to confirm the correctness of forms and enhancing internal energy. Zhao Bao Tai Chi learning approaches are quite different from other Tai Chi branches. At first, many friends of mine who have practiced Tai Chi for many years tried to “correct” me, but as time went by, they were surprised to see my progress, and gradually recognized master Peng’s teaching approach as being just as effective.

It is my opinion that it is necessary to retrain one’s reflexes in order to understand Tai Chi. One shall not intuitively counter external force with the brute force of our own. Instead, one should be able to sense the direction and strength of those forces and let the body to redirect those forces away from us using minimum effort. In other words, make your opponent become a pawn in your chess game. To reach that level will require many years of practice in a friendly environment. Master Peng constantly reminds everyone to learn how to “feed” the right amount of force to each other during push hands practice instead of trying to overpower one another. Under this environment, everyone gradually increases their “sensing power”, internal energy, and coordination of the whole body. Master Peng also wants to apply these practices in daily life. For example, I learned to use internal energy to open jars and bottles with ease.

It is difficult, if not impossible, to master Tai Chi plainly based on words. It is necessary to “feel” in person in order to realize each key element. For example, when the master wants us to be “more relaxed”, each person will interpret this guidance differently. Yet, if we follow the exact process instructed by the master, then muscles would relax much easier and our forms will be performed much smoother. Without guidance from a good master, people will not be able to correct their mistakes or bad habits. It is also very difficult to have clear measurements for which level you are now in Tai Chi. Many people think that they “understand” Tai Chi after being fluent with their Tai Chi forms. What they don’t know is that it is just the beginning. During the course of Tai Chi learning, sometimes when you think you have a breakthrough, you find yourself back to square one only a few days later. All of this can cause much frustration; leading people to decide to give up on Tai Chi. Yet, with a good master on your side, most of your frustrations can be resolved. We are lucky to have master Pang help us to learn these wonderful lifelong skills for better health and I hope more people can come and join the family of Zhao Bao Tai Chi.