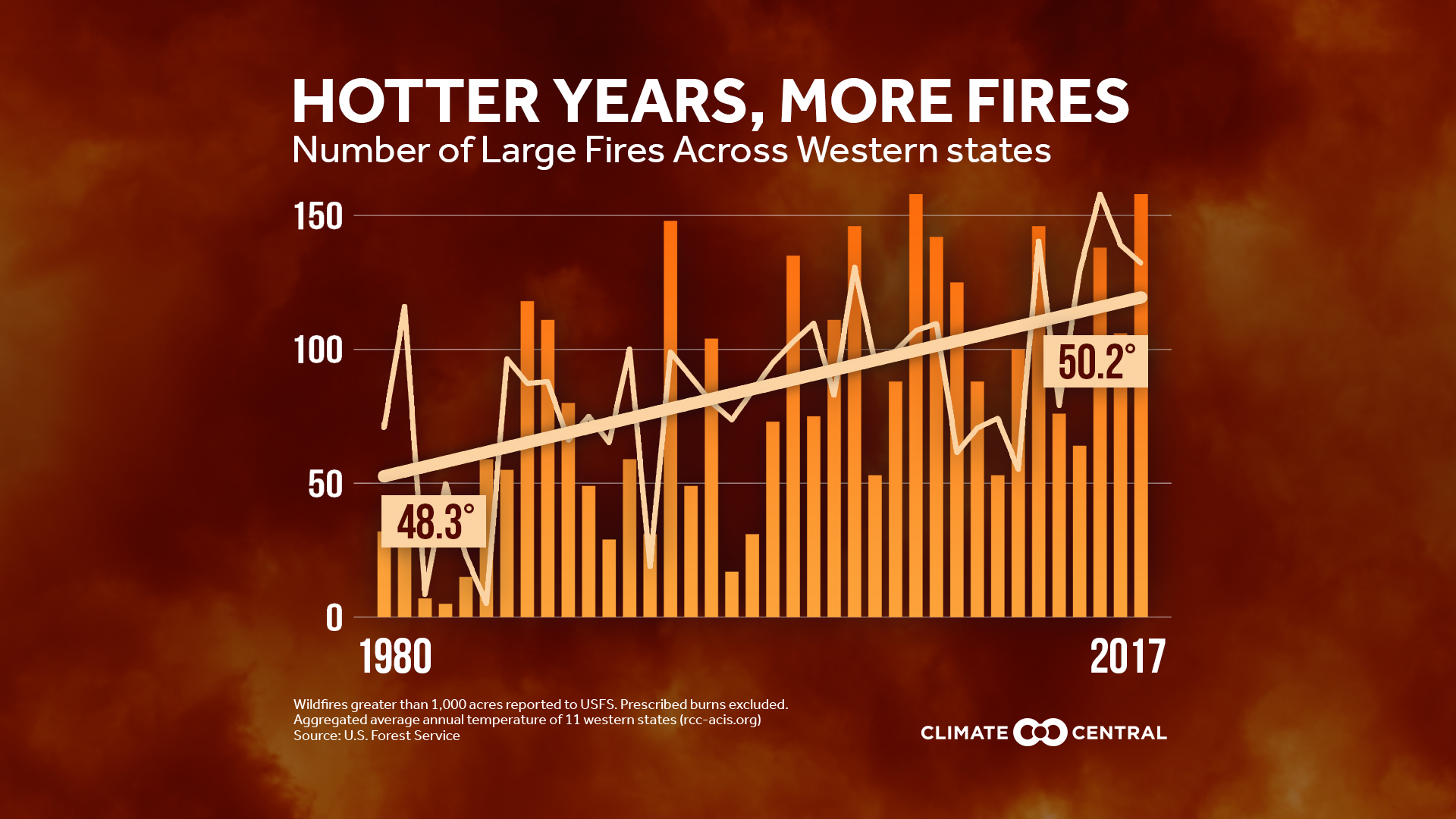 Smoke waves from wildfires in Southern California spread to the San Joaquin Valley where they are trapped, reversing improvements in air quality and impacting health

Just days ago this year’s most destructive fire in California was completely extinguished after burning more than 120 square miles and nearly 400 structures in Sonoma County’s wine country.

Other fires in the Los Angeles area, Ventura and San Bernardino had destructive effects as well.

But the impact of these fires fueled by the dry Santa Ana winds at the end of October was not only felt where they occurred but hundreds of miles away in the fertile agricultural zone known as “America’s salad bowl”: the San Joaquin Valley.

There were no fires there, but the evidence was present: a layer of dense smoke and ash that covered the Valley and remained for days, clearly visible as one descended down the Grapevine Highway in the direction of Fresno from Los Angeles.

“Smoke from the fires can travel far and here in the Valley it is trapped without being able to disperse,” said John Upton, editor of Climate Central, a nonprofit organization of scientists and communicators who research climate change issues and disseminate information about how it affects the lives of California residents.

Although Climate Central clarifies that climate change does not directly cause fires, they do indicate that the state’s fire season “continues to grow longer each year, while we have warmer days, which in turn generate more fires.”   (Pilar, can we include a link to their graph showing the increase in wildfires between 2008 and 2050)

Smoke waves from the wildfires continue to worsen air quality in an area nestled in the heart of California, which already suffers from the worst air quality in the country. Barely two years ago, the World Health Organization identified the Visalia-Porterville area as having the most polluted air in the United States and the worsening fire season has not helped.

During a recent meeting with ethnic media reporters from California, experts from the San Joaquin Valley explained the effect in their area of the increasingly intense fire season that California suffers.

“On days like this, classes are cancelled and people’s lives are immediately affected,” said Molly Peterson, a journalist who has been writing on the subject for more than a decade. “The smoke stays in the Valley and we see it more and more often because we are in a large flatland that is surrounded by mountains, which is excellent for agriculture but terrible for air quality,” she added.

The long term impact on health hits certain populations the hardest,  such as children, the elderly and outdoor workers.

In the San Joaquin Valley, there are more than 350,000 farmworkers working in the Kern, Fresno, and Monterey, San Joaquin, Tulare, etc. agricultural zones.

Smoke from brush fires has contributed to increased fine particulate pollution, particularly in the western part of the country. As the fire season increases – now lasting until December – there will be more hospital admissions and premature deaths from respiratory illnesses and other causes.

“In the San Joaquin Valley, children have twice the incidence of asthma before age 18 and more overall lung problems,” said Genevieve Gale, executive director of the Central Valley Air Quality Coalition. “A study at local hospitals found that as pollution increased, so did hospitalizations for heart attacks and asthma.”

Gale said it’s also important for communities to know how to protect themselves when there are high pollution days, and in the San Joaquin Valley, that happens more regularly during the fire season.

“You have to adjust the activities, maintain a safe space inside the home and get air filters for the home and car,” she said.

However, this type of protection is not easy to obtain for the low-income community so common in the area, said Nayaminn Martinez, director of the Central California Environmental Justice Network.

In the Fresno area, for example, there is a wealthier zone (the north) and a poorer zone (the south). As is often the case, there are more pollutants in the south, such as industry and highways. Martinez gave the example of the small community of Malaga, southeast of Fresno.

“Around the primary school in Malaga there is a biomass incinerator and a glass factory,” Martínez said. “This small community already breathes one of the worst airs in the United States, which is also made worse by brush fires.”

There is a need to assist these communities, not only with more information but also with subsidies and resources to arm themselves with the tools they need to avoid this contamination, for example by placing air filters in their homes and air conditioners said the various experts.

Jon Christensen, director of the Laboratory for Environmental Narrative Strategies and an adjunct professor at the University of California, Los Angeles (UCLA), said there is “no silver bullet solution” to all of this, but next year state voters will have a chance to vote for $4 billion in resources for “environmental resilience.”

“We have seen several versions of this initiative and this is the most worked out of all, it includes a significant investment in environmental protection and in particular, it is important that half of the funds would be invested in the most vulnerable and least advantaged communities,” Christensen said.

The initiative is expected to be on the California ballot in November, coinciding with the presidential election, he added.