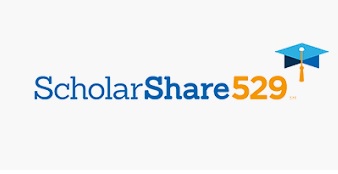 California is now one of four top college savings plans in the nation. The other plans that received a gold rating were Virginia’s Invest529, Illinois’ Bright Start College Savings, and Utah’s my529.

California’s ScholarShare 529 College Savings Plan has previously been rated a silver plan
.
“We upgraded the rating for California’s ScholarShare College Savings Plan to Gold in 2019, as its board voted to move to its age-based portfolios to a progressive glide path in February 2020,” Morningstar said. “That’s an industry best practice, as it smooths the transition from stocks to bonds and reduces the risk of making a large shift out of equities just after a market dip, when there’s the potential to lock in losses. The plan’s portfolios also rank among the most affordable in the industry within their respective categories.”

According to the U.S. Department of Education’s College Affordability and Transparency Center, there is $1.48 trillion total student loan debt in the United States (www.collegecost.ed.gov).   The average student loan debt is $36,521.

Treasurer Ma chairs the Scholarshare Investment Board and said that that it has worked hard to strengthen California’s college savings plan given the soaring student loan debt.

“We want people to be confident in our savings program,” Ma said. “Morningstar’s upgrade is a testament to how California Scholarshare 529 can be a tool for families in maximizing savings.”

She pointed to California ScholarShare 529’s strong track record of investment returns and competitive fees, which helps savers potentially earn higher investment returns – and keep more of those returns – than they would investing in a lower-performing, higher-fee 529 college savings plan.

The announcement, made by Morningstar on Tuesday, October 22, comes during the same week California ScholarShare 529 College Savings Plan celebrates its 20th anniversary.

Julio Martinez, Executive Director of the Scholarshare Investment Board, said California’s ScholarShare 529 College Savings Plan has grown over the past 20 years to nearly $10 billion. He said historic milestones include:

Saving for college using ScholarShare 529 is potentially worth thousands of dollars to savers because any growth is tax-free, which can potentially translate to 25 percent more money for higher education.

Learning Good College Saving Strategies
In addition to its benefits for college savers, ScholarShare 529 educates Californians about maximizing their college savings strategies, sharing research designed to empower California families to save for college in smart ways that provide the best chance to attend and afford college. Visit www.CollegeSavingsMistakes.com to learn more.
About ScholarShare 529

ScholarShare 529 serves as California’s official college savings plan. Administered by the ScholarShare Investment Board, ScholarShare 529 provides families with a valuable tool that offers a diverse set of investment options, tax-deferred growth, and withdrawals free from state and federal taxes when used for qualified higher education expenses, such as tuition and fees, books, certain room and board costs, computer equipment, and other required supplies.

Fiona Ma is California’s 34th State Treasurer. She was elected on November 6, 2018 with more votes (7,825,587) than any other candidate for treasurer in the state’s history. She is the first woman of color and the first woman Certified Public Accountant (CPA) elected to the position. The State Treasurer’s Office was created in the California Constitution in 1849. It provides financing for schools, roads, housing, recycling and waste management, hospitals, public facilities, and other crucial infrastructure projects that better the lives of residents. California is the world’s fifth-largest economy and Treasurer Ma is the state’s primary banker. Her office processes more than $2 trillion in payments within a typical year. She provides transparency and oversight for the government’s investment portfolio and accounts, as well as for the state’s surplus funds. Treasurer Ma oversees an investment portfolio of more than $90 billion, more than $23 billion of which are local government funds. She serves as agent for sale for all State bonds, and is trustee on more than $90 billion of outstanding debt.