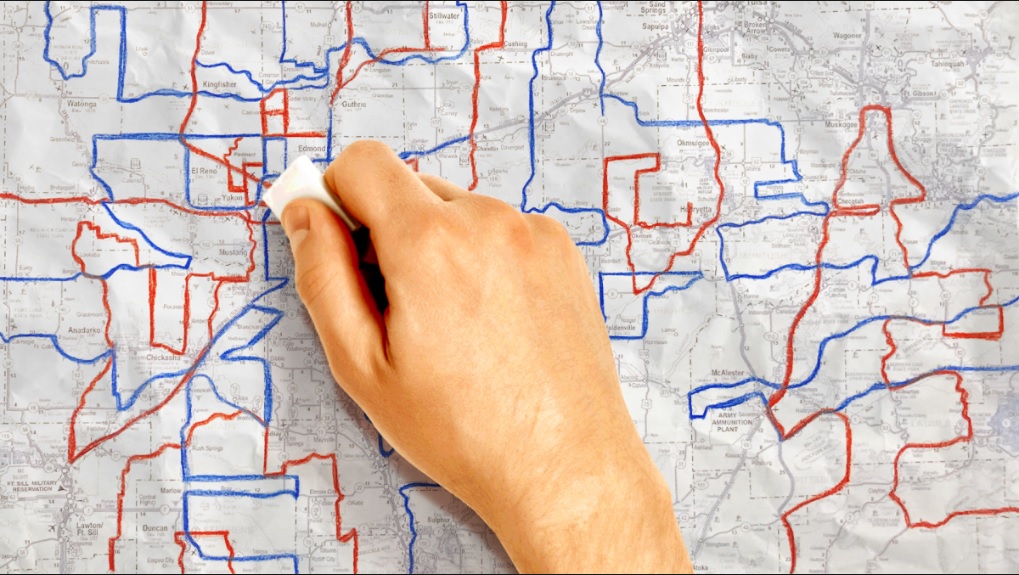 California is looking for new commissioners to draw its redistricting maps ꟷ the maps that define who votes for California’s representatives in Congress, its state Senate, Assembly and Board of Equalization members. The deadline is coming up fast to apply for the job, which pays up to $300 per day.

The initial application form takes five minutes to fill out. It’s due by Aug. 9 for the first round of the application process. Find it here: shapecaliforniasfuture.auditor.ca.gov.

“This is your chance to shape California’s future by drawing fair district boundaries that serve the best interests of all of the people of California,” said Kathay Feng, national redistricting director for Common Cause, the nonprofit that led the way in creating the commission, the nation’s first, in 2009.

“It’s so important. Teachers, small business people, demographers, people who have served in a local planning commission,” Feng said, would all be good candidates for the work, most of which will be done in the first half of 2021. The $300 per diem pay is for any six or more hours spent in a 24-hour period doing the panel’s work.

Applications opened in June, but so far, the pool of applicants does not reflect California’s diversity, according to both Feng and Stan Forbes, the current commission chairman. Two-thirds of the applicants have been white and two-thirds have been male. “That is not California,” Forbes said.

“We know from last time that the reasons the commission was so good was there was good diversity in the applicant pool,” Feng said. “Our hope is that between now and Aug. 9, people will take a look at the application and put their hats in the ring.”

Serving on the commission,” Forbes noted, “is one of the most rewarding things someone could possibly do. It’s taking power away from the politicians and giving it back to the people.

”When’s the last time the public had an impact?”

The work will begin in earnest in early 2021, once the data collected in the 2020 census is in. The commission will take the total number of people in the state who were counted in the census, and try to divide them equally and fairly into the number of congressional seats California has – currently 53, but subject to change according to census data showing geographic shifts in population dispersal nationwide. The 435 seats in the House of Representatives are divided evenly among the states according to their population.

Current projections are that the state may lose one or two congressional seats once the census has retabulated the number of people in the country based on the data it will gather in 2020.

The proposed new maps will be submitted to the secretary of state for certification by the end of July 2021, a process Forbes described as a “pro-forma” review to ensure they meet legal criteria.

The reason it’s important for all California communities to be represented on the redistricting commission is to ensure that the unique concerns of every community are heard.

“We all have different issues,” Forbes said.

For instance, during one of dozens of community meetings held up and down the state in the first commission’s work in 2011, the people of Marysville, in Yuba County, told the commission that they needed better political representation. They were stuck in the same congressional district as the agriculturally focused Central Valley, and felt their very different political concerns ꟷ about fire prevention, watershed protections and recreational activities ꟷ were being ignored.

So, Forbes said, “We drew a district that represents the foothills.”

Similarly, the commission adjusted plans to create a district in Napa Valley, known worldwide for its wine industry, to include its warehouses, and, along the Interstate-710 corridor near Long Beach, created a district that linked the shared interests of a populace impacted by the diesel pollution emanating from port operations there.

Similar considerations were made to not dilute the voice of other communities of interest, Forbes said, such as Koreans in Hollywood, South Asians in Fremont, Vietnamese in Orange County and the gay community in San Jose.

Ethnicity factors into redistricting considerations in other ways, too. Per the Voting Rights Act, Forbes said, the redistricting process can’t pack all people of a group into one district, or distribute them thinly across so many districts that their voices are drowned out.

California’s Citizen Redistricting Committee is the nation’s first, but there are efforts underway in smaller California jurisdictions and in states across the country to create similar bulwarks against the abuses of gerrymandering. In California, the cities of Long Beach, Santa Barbara and San Mateo all passed laws to create a citizen commission, Feng said, and encouraged people to participate in those, too.

In other locales in California, the debate is ongoing about how to fairly divide smaller communities into political districts, for instance, for city council elections. Farther afield, former U.S. Attorney General Eric Holder, now chair of the National Democratic Redistricting Committee, recently was critical of the Supreme Court’s decision in Rucho v. Common Cause not to intervene in state redistricting programs, no matter how partisan they may be.

Until California’s Citizens Redistricting Commission was created, thanks to two initiatives voters approved in 2008 and 2010, the redistricting process in California, Forbes said, was designed to protect incumbent politicians.

So, between 2000 and 2010, there were 265 elections in California for a seat in the House of Representatives, but only once was an incumbent voted out (Richard Pombo, who represented parts of the San Joaquin Valley from 1993 until he was replaced in 2006 by Democrat Jerry McNerny and became a lobbyist for mining and water management interests).

But in 2018 alone, seven congressional seats were flipped, although not by wide margins.

Another positive development in California toward getting communities fairly represented in census data and all that flows from it, Forbes said, is that prisoners will no longer be considered residents of the communities, typically rural, in which they’re incarcerated, but instead will be linked to their hometowns.

“We’re the gold standard,” Forbes said. In his travels across the country, in connection with Common Cause and the League of Women Voters, for discussions in other states of similar redistricting reform efforts, “progressives and moderates are in awe of California.”

At an event recently, he said, former California Gov. Arnold Schwarzenegger wanted to have his picture taken with ME.”

How to apply to become a commissioner

The first round of applicants to serve on the state’s Citizens Redistricting Commission (apply at: shapecaliforniasfuture.auditor.ca.gov) must meet the following criteria:

Applicants will be vetted by the state auditor’s office. Later stages of the hiring process require references and interviews.