DDTV
HomeEvent ReportCancel Save changes What are the challenges facing Asian Americans? How should we work together?

Cancel Save changes What are the challenges facing Asian Americans? How should we work together? 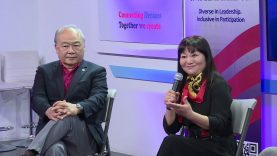 The Civic Leadership Forum is organized by Ding Ding TV and India Currents, supported by CLUSA on May 3rd at Ding Ding TV Studio.

The keynote speaker Xiaoyan Zhang, Ph.D. Data Scientist delivered and explained that Asian Americans lack a political presence, as only a handful hold elected offices at the local and national levels. He explained how “All boats are lifted when the water rises,” meaning that Asian-Americans need to work together to achieve political parity. More importantly, they must vote. He pointed out that most elections are won by 5 to 10% of votes cast; thus the participation of Asian Americans can have a significant impact.

Anthony Ng, Executive Director of CLUSA, stated that Asians have to participate to be “at the table” in national politics, even if they don’t immediately win a seat. Joel Wong, Editor for CLUSA, emphasized the importance of the presidential candidacy of Andrew Yang and Tulsi Gabbard, who are both AAPI (Asian American Pacific Islanders) presidential candidates. Their candidacy raises the political image and awareness of Asian Americans, significant factors for the success of future Asian American candidates.

The forum closed with a performance by the top 10 Indian American dancers from the Abhinaya Dance Company, who gave an interpretation of “I Have a Dream,” the life of Martin Luther King and his leadership in the African American community. The performance reflected American multi-ethnic diversity, and the challenges minorities face in gaining civic leadership.

Thanks to our partners – Shin Shin Youth Group and Abhinaya dance company. 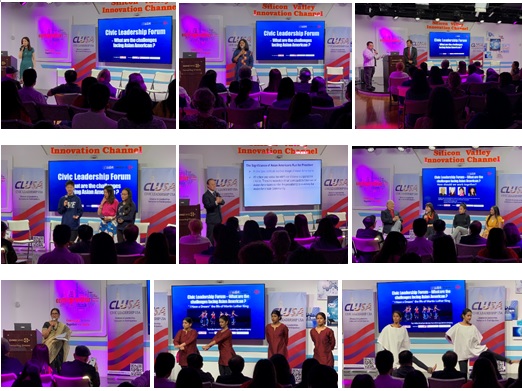